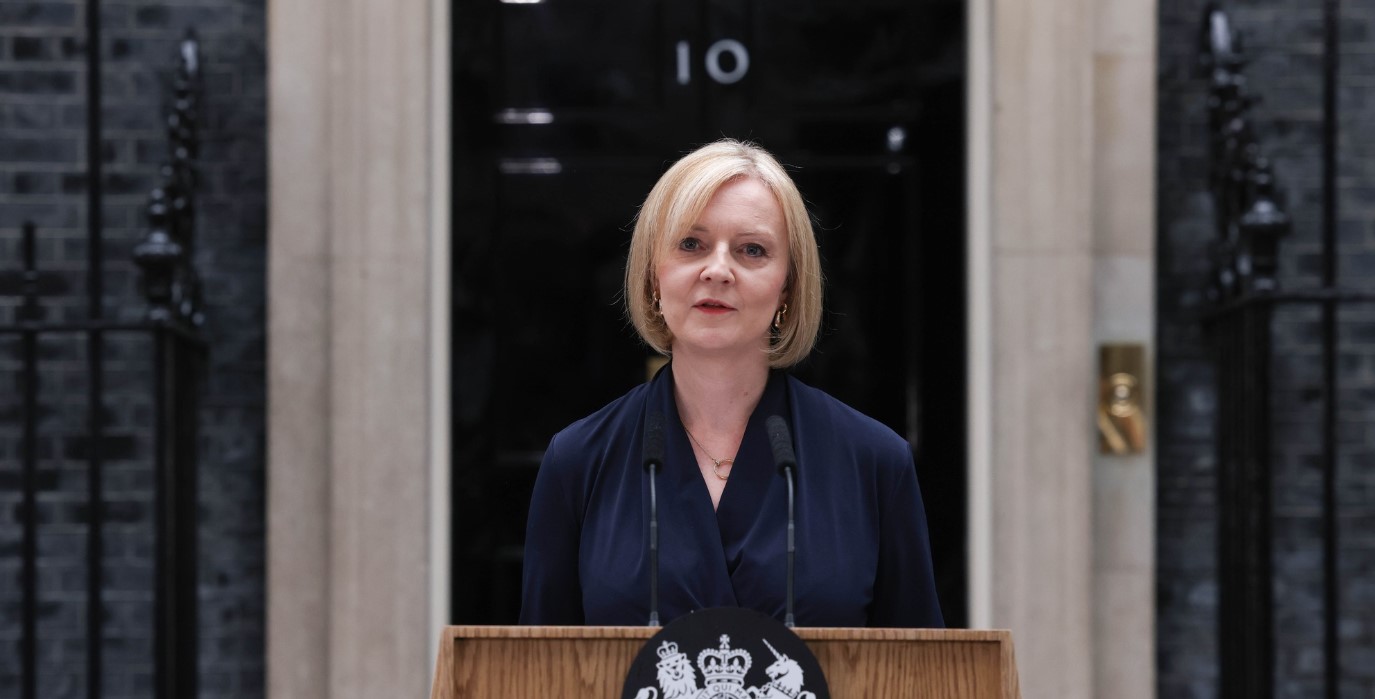 Liz Truss: 'As your Prime Minister, I am confident that together we can ride out the storm, rebuild our economy and become the modern, brilliant Britain that I know we can be.' But less taxes would wreck the already buckling UK. Facebook

The new British Prime Minister is Liz Truss. In an internal party vote, she prevailed over her competitor, former Finance Minister Rushi Sunak. Truss belongs to the "right" wing of the conservative Tories – and is likely to further escalate the current Ukraine war.

Truss received 57,4 percent of the vote on Sunday, compared to 42,6 percent for her rival Sunak. She ended up being the favorite in the race to succeed ex-Prime Minister Boris Johnson.

In the past, the current Prime Minister has promised to cut taxes in the UK immediately, making her the candidate for rich bankers in the City of London. She was also critical of environmental activists, leftists and the EU’s refugee policy. However, she was even clearer when it came to the UK’s Russia and Ukraine policy. She is considered an outright enemy of Russia who will not shy away from outrageous and uniformed statements.

It was not until August, for example, that she declared her readiness for nuclear annihilation at a Tory event in Birmingham. A Times Radio journalist questioned her, citing the possibility of nuclear war: “I won’t ask you if you would push the button, you will say yes, but the task would make me feel physically ill. How does that thought make you feel?” Truss responded, impassively, “I think it’s an important prime minister’s job and I’m willing to do it.” “I’m willing to do it,” she repeated , and received applause for it.

Truss, the former British foreign minister has repeatedly spoken out in favor of a direct military confrontation with Russia. In February, Russian President Putin put the Russian nuclear forces on high alert. His spokesman Dmitry Peskov spoke of “unacceptable” statements by “various representatives at various levels” about possible “clashes” between NATO and Moscow: “I do not want to name the authors of these statements, although it was the British Foreign Secretary.”

As early as April, the current head of government declared that the goal of British policy was to completely drive out Russian troops from Ukraine.

However, observers do not want to rule out the possibility that Truss is often ill-informed or not very knowledgeable about what she is discussing with foreign counterparts. In January, at a meeting with her Russian counterpart Lavrov, she had adamantly insisted that her government would not accept Russian sovereignty over Voronezh and Rostov-on-Don under any circumstances – until one of her advisers at the current meeting pointed out to her that these are Russian cities.