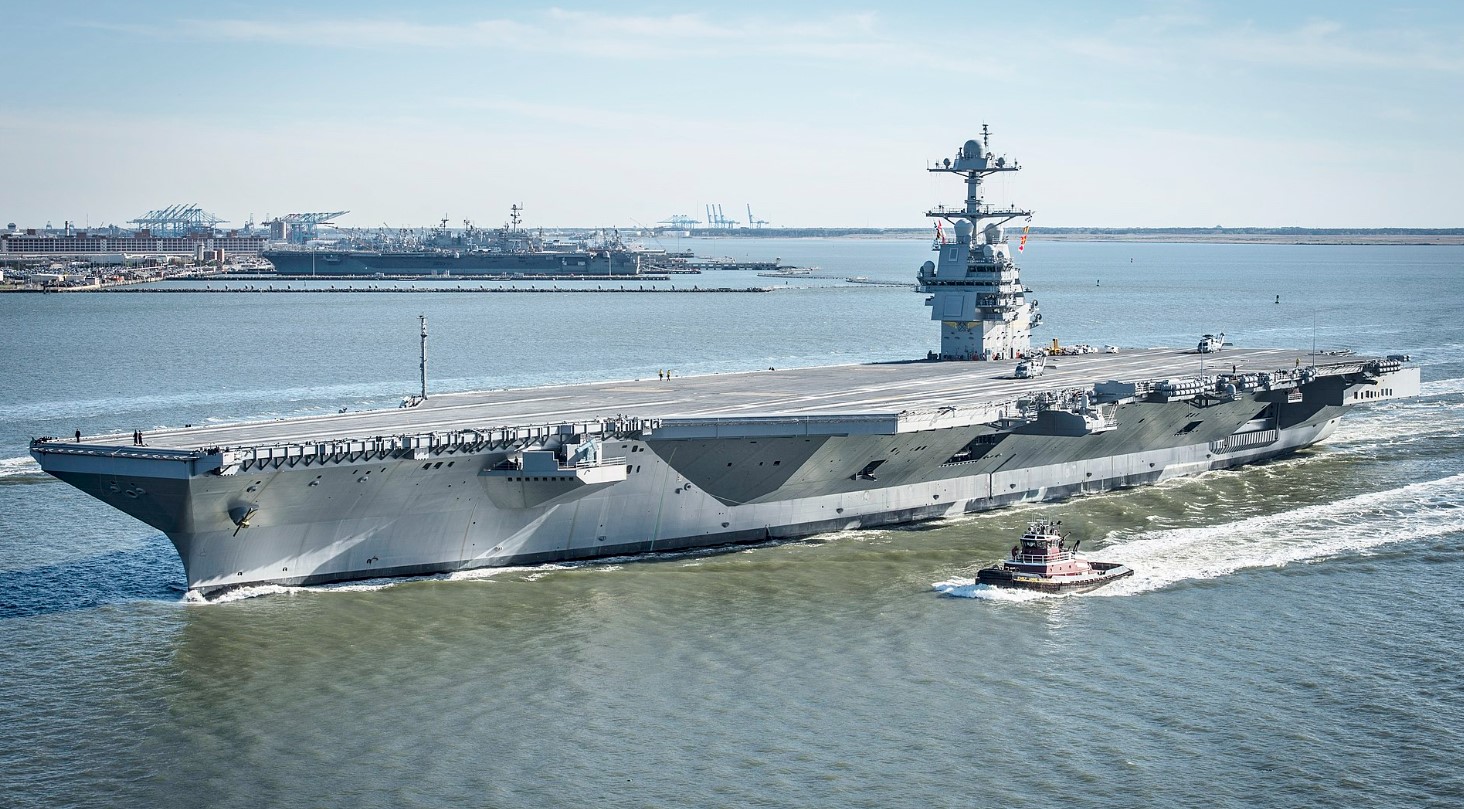 US moving another Strike Group to Europe

This is not a sign of de-escalation: the US is sending one of its most modern aircraft carriers, the USS Gerald R Ford, to Europe. It is the US Navy’s newest class of nuclear-powered aircraft carrier (CVN 78), departing on its first major deployment.

The 13 billion euro carrier was only put into service in 2017, is 337 meters long and has a crew of 4 500, 90 fighter jets and, presumably, nuclear weapons on board. The Strike Group includes 17 ships and one submarine.

The USS Gerald R Ford, accompanied by several guided missile cruisers, submarines and supply ships, should be operating in the North Sea in just a few days, joining the Wasp-class amphibious assault ship USS Kearsage. This would give the US Navy a massive concentration of troops in northern Europe – and the air support of the most modern stealth fighter jets.

The Strike Group will be deployed alongside NATO forces. The US aircraft carrier USS Harry S Truman is still stationed in the Mediterranean.