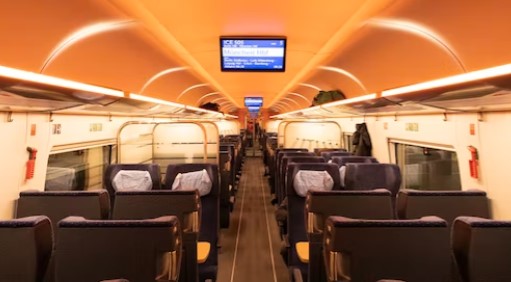 As a public institution, the German rail company Deutsche Bahn (DB) finds itself sucked into particularly cutting-edge trends. From now on, the appearance of the employees will be "gender-compliant". In concrete terms, male conductors, train drivers and service employees can now wear women's uniforms – and women, conversely, men's uniforms to confuse their already disabused passengers who once believed that trains ought to run on time.

Most passengers would rather like tardy Deutsche Bahn trains run more punctually. Now they risk being thrown off the trains altogether because they misspoke.

Employees can “choose their own company clothing regardless of their gender or gender identity,” said Richard Lutz, board member at Deutsche Bahn. In essence, that means stammering clients trying to gauge the pronouns of a hostile enquiring ticket officer.

In gender-correct newspeak, Lutz declared on the LinkedIn business network: “Train attendants, customer advisors, train drivers or service staff can use it to order items from both the men’s and women’s collections and wear them on duty. We have adapted an existing traditional regulation.”

Qatar’s World Cup will be LGBTQ-free

One individual who will most certainly never use DB, is Qatar’s World Cup ambassador Khalid Salman. He has unequivocally declared homosexuality incompatible with his country’s values. No DB ticket officer dressed up as a lady is going change his mind soon.

In his eyes, love between men is “haram” and therefore a sin, he said in an interview with German state broadcaster ZDF.

When asked by ZDF journalist Jochen Breyer why he considered being gay “haram”, Salman replied that homosexuality was “mental retardation”. He is not a strict Muslim, but at least that much was clear to him, he said.

“A lot of things will come into the country during the World Cup,” said the World Cup ambassador. “The most important thing is that everyone will accept that you come here. But they will have to accept our rules.”

Especially with regard to children, he had reservations about homosexuals. When minors see gays, they learn something that isn’t good.

Qatar’s Foreign Minister Mohammed bin Abdulrahman Al-Thani is having none of this gender nonsense either. He sharply rejected criticism of the human rights situation in his country this week. The allegations from Europe are “very arrogant and very racist,” the minister told the FAZ .

Most German politicians would totally agree with the minister’s statement about Europeans being “very arrogant and very racist”. That’s what they keep telling us anyway.

All German public institutions, not only DB, have been hell bent on “eradicating hatred”. Meanwhile, real hatred and terms that clearly fall under incitement to hatred, are booming on the taxpayer-funded German state broadcasts, the same outlets which campaign against “hatred and incitement” in Germany all year round.

After ZDF’s “comedian” Jan Böhmermann once compared children during the Corona crisis to rats, an ARD Tagesschau employee repeated this during the weekend – and called people who have opinion that differ from his “conspiratorial rats”. Specifically, this was about critical Twitter users who should be given a voice again after Elon Musk’s takeover of the short message service. This was another prime example of Germany’s “quality journalism” which is forcibly financed by its mistreated population.

Nils Dampz from ARD’s Los Angeles office really upped the ante: In an unhinged rant, he wrote that such people should not be allowed to “crawl out of their holes” again under Elon Musk. Therefore, it was necessary to “beat these rats back into their holes”. In addition to dehumanisation and agitation, this was also an open call for violence.

The fact that this statement made it onto the Tagesschau homepage and thus reached an audience of millions thanks to the responsible chief editor Kai Gniffke (the director of the Südwestdeutscher Rundfunk, designated future head of the ARD and Nils Dampz’s boss), is deeply revealing.

Realizing their mistake, they quickly “apologised” via Twitter, oblivious to the searing irony of using the same platform as the “rats”. Some ideologically pure specimens had at least closed their Twitter accounts to signal their displeasure at being challenged.

Dampz’s rant was not a lapse in the heat of the moment, but an article which had been carefully written down, edited and read again and finally released by someone. So the licence-financed state broadcasters knew exactly what they were publishing.