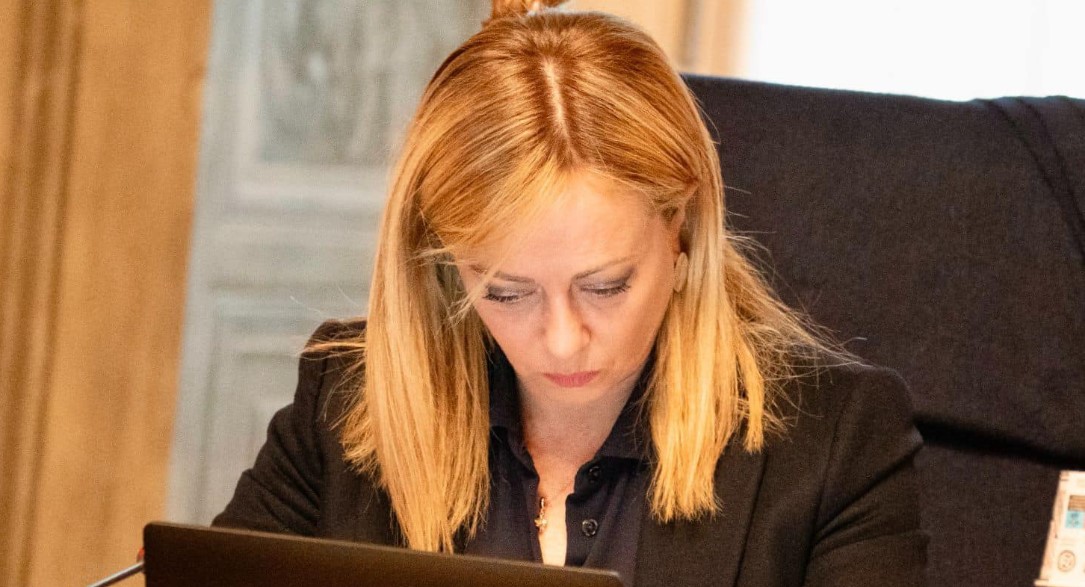 Giorgia Meloni at work in her office. Facebook
Rome

The new Italian Prime Minister, Giorgia Meloni, wants to keep a promise she made during the elections and implement a change of course in Italian asylum and immigration policy by the end of the year. To this end, a decree is to be passed as soon as possible, which is intended to make it more difficult for so-called “rescue ships” to land in southern Italy.

The cabinet wants to limit systematic rescue operations by NGO ships that bring migrants to Italy. According to media reports, rescued “refugees” should submit their asylum application on board the ships, which is to be accepted by the ship’s flag state. Because a number of NGO ships sail under the German flag, this would primarily affect Germany, which in future would have to take care of a large proportion of the illegal immigrants “rescued” off North Africa.

In addition, when deployed in international waters, rescuers should request a port that the ship must call at immediately after the rescue, without staying at sea for days waiting for other possible rescues. Italy wants to prevent rescue ships with several hundred people on board from arriving in southern Italy. NGOs that do not follow the rules are to be fined 50 000 euros. The confiscation of the ship is also threatened.

Italian Interior Minister Matteo Piantedosi stressed that the government in Rome had no intention of “criminalizing” aid organizations. However, it is important that they respect a code of conduct, said the non-party minister.

On Sunday, Transport Minister and Deputy Prime Minister Salvini visited the southern Italian island of Lampedusa, which is currently once again a hotspot for illegal immigrants.

“We have a duty to stop the human trafficking carried out by criminals, which only brings death and despair.” Migration must be “managed and controlled,” said Salvini, who criticized the aid organizations’ operations in the central Mediterranean. “It is unacceptable that migration policy is managed by private associations,” said Salvini.

This week, a two-year-old girl who was on a migrant boat that sank in the late morning about 10 miles south of Lampedusa died at the Poliambulatorio di Lampedusa. The little girl was traveling with her mother. The little girl had been intubated by Coast Guard doctors aboard the patrol boat but could not be saved.

“It’s an endless massacre. It’s news that not only ruins the day, but devastates it. Because it’s about children. Not that it doesn’t make an impression when adults lose their lives, but when it comes to children it’s truly devastating”. This was said by the mayor of Lampedusa, Filippo Mannino , who learned of the sinking of a boat, in which a child was killed, immediately after receiving Deputy Prime Minister Matteo Salvini at the airport.

“It is heartbreaking, since I became mayor I have done nothing but welcome the dead. And there have been many, at least a dozen, children”, added Mannino.

“Thank you for what you do and for what you will do”. With these words, Salvini addressed the representatives of local bodies and institutions in the branch of the Municipality of Lampedusa and seat of the Marine Protected Area of ​​the Pelagie Islands. Salvini underlined his appreciation in particular for women and men in uniform.

The issue of migrant distribution is a problematic one. In a joint statement, Italy, Greece, Cyprus and Malta criticized other member states for not doing enough to share the burden. They said only a small proportion of the migrants arriving in the four countries were being relocated under the current European system.