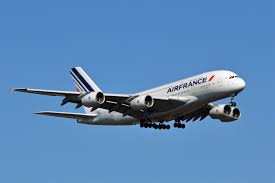 The French carrier Air France is battling a rising wave of incidents related to radical Islamic employees, ranging from simple tags to tampering with flight equipment.

The problem of radicalization is neither new within the French national company nor at its base at Paris-Charles de Gaulle Airport.

On October 5, 2016 Le Canard Enchainé published some disturbing information about what transpires behind the scenes.

Citing an intelligence official, the weekly says that several “anomalies” had been found before some commercial flights took off, and they “were akin to sabotage”. Recurrent failures on the Auxiliary Power Unit (APU) was spotted on the checklist.

The intelligence services had picked up a suspect earlier, a converted French employee of Air France, but he has since disappeared, while his wife continues to head a Koranic school near Orly.

Two of his friends in the maintenance workshop were also suspected of having tampered with evacuation slides, which were never installed.

In August a ramp or “tarmac” employee, who is Muslim, declined to guide a plane that had just landed to its correct bay, because the captain was a woman.

The airline has also complained of “Allah Akbar” being tagged underwing on at least forty aircraft’s fuel ports.

Other less serious incidents include a “cyber attack” suffered by Air France at Christmas, where security announcements on a flight between Paris and Amsterdam were delivered only in Arabic.

Air France has spoken of “computer bugs” to hide the transgressions.

The official says that only a “dozen people are under surveillance” in the group, among the thousands of employees and subcontractors working at French airports.

They have come under the scrutiny of intelligence services. He added that some Salafi Muslim employees and employees with radical family members have already been laid off or “moved to positions with little exposure”.

The management of Air France say they are working closely with the authorities to ensure that staff and customers “are absolutely safe”. At Roissy airport, the prefecture has withdrawn 73 access badges for security reasons in recent months, out of 86 000 badges checked over the last year.