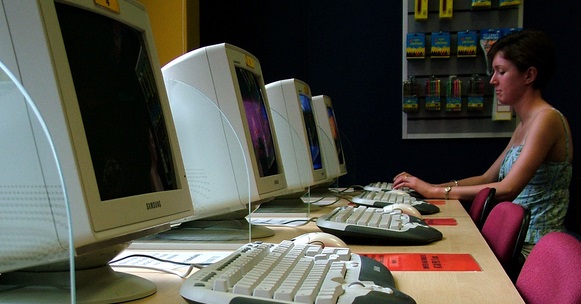 Last year the European Union set up an EU Internet Forum to get internet companies, interior ministers and the EU Counter-Terrorism Coordinator to find ways of removing content they do not like.

The Forum will meet again on Thursday this week, when ministers are expected to grill the companies about their efforts to police the Net.

The meetings follow in the wake of a warning on Sunday, issued by the European Commission to Facebook, Twitter, Google, YouTube and Microsoft that if the companies do not address “hate speech”, the EU will enact legislation that will force them to do so.

In May, the same five companies voluntarily signed a code of conduct to remove unwanted content on their platforms within 24 hours. The EU not only demanded of companies to disable or remove content from their platforms but also to promote “‘counter-narratives’ to hate speech,” Reuters reported.

“In practice the companies take longer and do not yet achieve this goal. They only reviewed 40 per cent of the recorded cases in less than 24 hours,” a Commission official told Reuters. The Commission’s report found that YouTube responded quickly, while Twitter lagged behind in removal requests.

“If Facebook, YouTube, Twitter and Microsoft want to convince me and the ministers that the non-legislative approach can work, they will have to act quickly and make a strong effort in the coming months,” a Brussels official told the Financial Times on Sunday.

At the European level the prospect of air passenger data (Passenger Name Records, PNR) collection and long-term storage is a reality, while in France the legislative mills are turning even faster to control social media.

Only a few days ago, the French government enacted a decree that enables the de-listing of websites from search engines without any judicial oversight. The decree ostensibly targets websites that distribute child abuse content as well as sites that incite or endorse terrorism, but in reality the measures could also include political unwanted material.

This comes only a month after another decree that enabled the administrative blocking of websites.

The companies will share the unique digital fingerprints they automatically assign to videos or photos – called “hashes” – they have removed from their websites to enable others to remove similar content from their platforms. YouTube and Facebook have already employed hashes to automatically remove unwanted content.

“We hope this collaboration will lead to greater efficiency as we continue to enforce our policies to help curb the pressing global issue of terrorist content online,” the companies said in a statement released on Tuesday.

These two invasive French decrees implement the anti-terrorism act of 2014 and the LOPPSI act of 2011 and allow for de-listing and blocking of online content using a solely administrative procedure.

In the case of website blocking, users trying to access these sites are redirected to a government-sponsored page informing them that content is being blocked. When de-listing, however, the requirement for search engine operators to treat confidentially the requests by the oversight body means that it is very difficult to know which websites are affected.

There is therefore absolutely no possibility of judicial or public oversight.

Essentially, it is now possible to censor the internet in France using a procedure that completely ignores the separation of powers, using terms that do not have clearly defined meanings, and with consequences that cannot be scrutinised by a judicial authority or the public.

However, the decrees are being challenged. Both the Association of Community-based Internet Services (ASIC) and La Quadrature du Net, a French organisation defending digital rights, have stated their intention to appeal to the Council of State in order to obtain an annulment of these decrees.