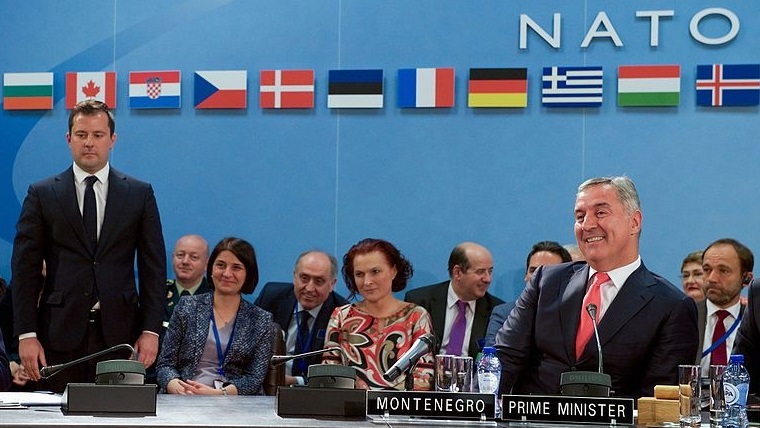 Letter to Steve Bannon: Montenegro not ready for NATO

The small Balkan state of Montenegro, will soon be considered for NATO membership by the US Senate, and it appears that President Donald Trump has also made the decision to endorse Montenegro’s membership bid, according to the Wall Street Journal.

But the Montenegro opposition leaders say two high-ranking US officials have submitted inaccurate and distorted facts about Montenegro’s bid to become part of the Alliance, Sputnik reported.

The letter reveals that the reports of Hoyt Brian Yee, Deputy Assistant Secretary for European and Eurasian Affairs at the US State Department and Michael R. Carpenter, Deputy Assistant Secretary of Defense, presented earlier in September at the hearing of the US Senate on Montenegro’s accession to NATO, were based on inaccurate and distorted facts.

The information contained in the letter to Bannon, is based on a document prepared by historian Aleksandar Rakovic, decribing a country that has not met any of the conditions for accession into NATO.

Montenegro is currently unable to ensure its own security, and struggling with effective anti-corruption measures, as the grip of organised crime features regularly in US media reports.

While addressing the financial capabilities of Podgorica (the capital and largest city of Montenegro), the US officials have not taken into account the fact that 2 per cent of the country’s scanty gross domestic product (GDP) amounts to 70 million euros, which will amanout to the fifth expenditure item for the country’s budget.

Copies of the letter were also sent to Senators Rand Paul and Mike Lee and Congressman Dana Rohrabacher.

The need to join NATO, as the previous administration showed, upped the chances of an eventual confrontation with Russia.

An opinion poll conducted in December 2016 found that only 39.5 percent of Montenegrins were in favor of NATO membership.

The report of Michael Carpenter presented to the US Senate in September 2016, misrepresented parliamentary votes in September 2015 and June 2016 that “overwhelmingly confirmed the consensus within the Montenegrin parliament in support of NATO membership”.

There was no parliamentary vote either in September 2015 or in June 2016. It was on October 14, 2012 and then on October 16, 2016, when more than half of the deputies of the previous parliament convocation urged a referendum on this issue.

According to a 2016 investigation by Balkan journalists Marko Vesovic, Vladimir Otasevic and Hasan Haydar Diyab, moreover, the Montenegrin government is indirectly involved in the funding of Islamic terrorism.

Between 2013 and 2015, some 3.5 million kilograms of cigarettes were illegally delivered from the Montenegrin port of Bar to Libyan areas under the control of terrorists.

Such a movement of cargo would not have been possible, they claim, without the explicit endorsement of high-ranking Montenegrin officials.

According to Freedom House’s 2016 survey and the 2015 edition of the Annual Country Reports on Human Rights Practices of the State Department, Montenegro can be described as an autocracy, stifling freedom of the press and freedom of expression, and with deep connections to organised crime.

As Doug Bandow, former special assistant to Ronald Reagan, summed it up: “Whatever Podgorica’s virtues, reflecting the best of the West is not one.”