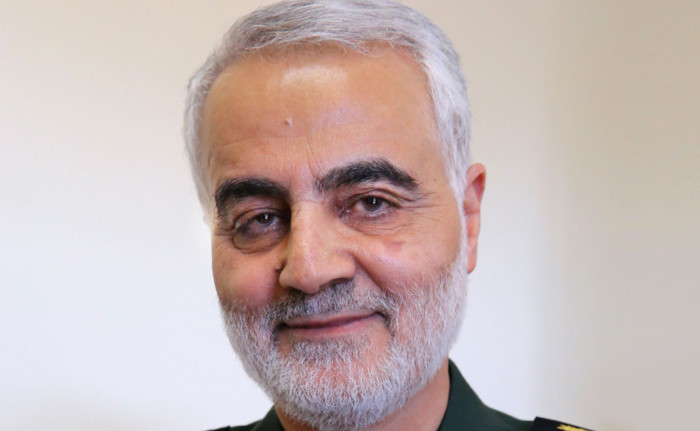 Ilana Mercer questions the notion that the USA should have the right to attack or execute leaders in other countries at will, following on the recent assassination of Iran's Major General Qassim Suleimani.

“Suleimani deserved to die.” That’s the consensus on Fox News. It’s also how assorted commentators on the channel prefaced their “positions” on the killing of this Iranian.

Major General Qassim Suleimani was assassinated by a US drone air strike at the Baghdad International Airport (BIAP).

Even the great Tucker Carlson—the only mainstream hope for us Old Right, America First, anti-war sorts—framed the taking out of Suleimani as the killing of a bad guy by good guys:

“There are an awful lot of bad people in this world. We can’t kill them all, it’s not our job.”

However you finesse it, the premise of Tucker’s statement is that the American government, and the cognoscenti who live in symbiosis with it, get to adjudicate who’s bad and who’s good in the world. The debate is never over right or wrong, but over whether our universal American Judges should or shouldn’t act on their immutably just moral calls.

Even Tucker, whose antiwar sentiments are laudable, conceded that this Suleimani guy probably needed killing, which is the same thing Iraqis old enough to remember America’s destruction of Iraq, circa 2003, would say about President George W. Bush, Dick Cheney and Don Rumsfeld.

So who’s right? Or must we accept that it is up to the United States government and its ruling elites to determine who lives and who dies around the world.

The atavistic argument—“Suleimani deserved to die”—made on Fox News holds true only if you believe that the US is the repository of an international and universal code of law and is deputized to uphold this code of law.

This primitive argument is true ONLY if you believe the US government is universal judge, jury and executioner, deciding who may live and who must die the world over.

As to whether the US government a right to eliminate a state actor by declaring him a “terrorist”:

Like it or not, Suleimani was an Iranian state actor, the equivalent of our Special Operations Commander.

We would not tolerate Iranians designating America’s Special Operations Commander, Gen. Richard D. Clarke, as a terrorist, although they may have plenty reasons to do so.

Our Special Operations forces and their command encroach on the Iranian neighborhood much more than Iranians and their special forces encroach on American territory.

If Iranians took out America’s Special Operations Commander somewhere in North America—we would definitely consider it an act of war by Iran.