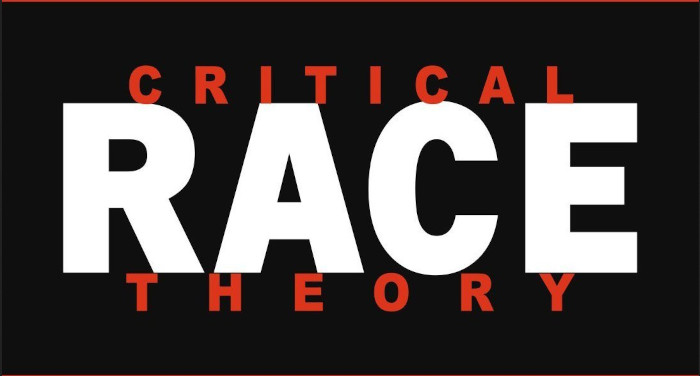 Ilana Mercer again takes aim at 'Critical Race Theory', showing how nefarious the influence of this crazy ideology is.

Inciting racial hatred against whites is all in a day’s work on CNN. It devolves into a more festive affair when a celebrity like DL Hughley joins the network’s conga-line of cretins.

In a July segment, the comedian, author of Surrender, White People!, regaled those CNN viewers of a masochistic mindset, by comparing “racism” to COVID-19.

Whitey, belched Hughley—who used to be witty and is now a drag—can be an asymptomatic carrier of racism. Just because you haven’t done anything racist, doesn’t mean you aren’t racist.

Pay no attention to the COVID-race comparison. It’s the Left’s lowbrow idea of an intellectual quip. Be mindful, however, of the “guilty if you do, guilty if you don’t” pop-jurisprudence. Collectively convicting an entire racial group for metaphysical crimes is the cornerstone of the Critical Race Theory.

How does that jurisprudence strike you?

It strikes the reasonable, fair-minded member of society as “less than human, less than coherent, less than sane.”

SYMBOLISM INSTEAD OF REALISM

Deconstructed, racism, as deployed by Critical Race racists, is purely a metaphysical affair. It doesn’t survive contact with reality, relying for its validation on a loose relationship with the real world.

You might say Critical Race Theory is anchored in symbolism and not realism.

Ditto Critical Race Feminism, a subspecies of Critical Race Theory, the symbolic nature of which I had traced in a 2001, Ottawa Citizen column:

Women’s studies courses and English departments have long been littered with [postmodernism’s] lumpen jargon. There, text is routinely deconstructed and shred. Subjected to this academic acid, Shakespeare, Tolstoy, and T. S. Eliot are whittled down to no more than ruling-class oppressors, their artistry reduced to the bare bones of alleged power relationships in society. All this glumness is due to a theory, no more, and one based on a partial and insular view of history [and reality].

To properly place the oppressiveness of all critical theory in perspective, a young man followed-up that column by writing me a personalized tale of desperation. He had the misfortune of drawing a skyscraper in art class. His creation was alighted on by his professor-cum-oppressor and right away called out for being a phallic symbol, offensive to womenfolk, meant as a symbolic assertion of his dominance qua male.

Where is reality in all this white noise? Nowhere. This nonsense exists solely in the heads of demented distaff and their house-broken, white, liberal, male accomplices.

Symbolism, after all, is not reality. What you see in an ink-blot test is not real. It’s rarely even an approximation of reality. A Rorschach assay amounts to artistic license the tester takes with his subject’s reality.

As they are deployed today, the dreaded racism and sexism constructs are anchored in the notion that reality is determined by the allegedly pre-determined, power relationships in society.

Whites, in particular white men and the remnant of a civilization their forebears built, are invariably to blame. Blame for what, you ask? That’s easy: for everything.

A “fella” is laying waste to a little old lady’s bric-a-brac store in Kenosha, Wisconsin: Blame the melanin-deprived.

As that would suggest, any black man looting constitutes not a crime with real victims, but, rather, an acting out by the victimized, a reaction to historic “oppression”; a response to The Machine, in accordance with a theory that has been dreamed-up in the rarified atmosphere of the academy, and applied outside of it.

A theory, of course, any theory, is always an abstraction, removed from reality. A good theory cleaves to reality as much as possible, describing and presaging it. A bad theory superimposes a new reality on real events. Critical Race Theory does one worse: It rapes reality and loots it.

Another concrete case of the critical-race created tension between theory and reality unfolded on “Seattle Refined,” a Komo News television show.

The words “riots and protests,” asserted a local, privileged professor, are social constructs imposed by the power structure” on poor people of color.

Observe how for his “riots” our pedagogue claims the status of a “social construct,” a mere theory.

For poverty, by contrast, this African-American educator chose the status of reality.

Our teacher earns a fail on reality testing and reason. Both poverty and the George Floyd, Democrat/race riots of 2020, ongoing, are immutable realities. Poverty, black and white, and the race riots are manifestly real. Ontologically, these are irrefutable events and occurrences.

What a lie, then, and an affront to reality and reason is a theory of racism that opts to deny one incontestable reality—the riots—but admits of another—black (but not white) poverty.

To opportunistically privilege only a spectrum of reality, as Critical Race Theory does, is (I repeat) “less than human, less than coherent, less than sane.”

In all its impenetrable, piss-poor prose, Critical Race theorizing is best confined to the turgid minds of our affirmative-action driven universities. Alas, it has percolated from America’s tertiary institutions throughout the state and civil society. By now, the Critical Race rot is institutional; it is the handiwork of progressive—regressive, rather—parents, pedagogues and politicians.

Indeed, the youth rioting on our streets are not outsiders and interlopers; they are us. It is not insignificant that the whiter the city, the worse the riots have been. The protests that have engulfed more than 2,000 American cities have been the worst in “Minneapolis (64 percent white), Seattle (66 percent), Portland (77 percent), and Kenosha, Wisconsin (67 percent).”

With Critical Race Theory, a triumphant Left arbitrarily imposes meaning on the phenomenological world as a function of its will to power. It then bullies those who don’t go along.

The Right must reject this rot root and branch!