With slogans such as 'gender-based violence and 'MeToo', leftists and feminists are calling all men potential rapists in order to avoid facing the real problem: Immigration. Photo credit: Mila Baumeister
Stockholm

A new research study of more than 3 000 convicted men in Sweden shows that 60 percent were first or second-generation immigrants, and that almost half were previously convicted of violent crimes.

Some 8 820 rapes and attempted rapes were reported in 2019 to police. Since 2010 the number has increased 44 percent, according to the Crime Prevention Council (BRÅ).

The research group at Lund University identified and charted different characteristics and background factors for all convicted rapists between 2000 and 2015. No such study has ever been done.

Half of the rapes were committed by men born abroad. Another 10 percent had an immigrant background. In all, 60 percent of perpetrators were either first or second-generation immigrants.

Among those with an immigrant background, the most common were those born in the Middle East/North Africa (34,5 percent), followed by Africa (19,1 percent), then Eastern Europe (15 percent).

“The immigrant background was nothing we investigated specifically; it was just one of the many variables. But the proportions here were something that surprised us,” says Kristina Sundquist, professor of general medicine and clinical epidemiology at Lund University to Kvällsposten.

Half of all convicted male rapists had previously been convicted of violent crimes, and one-third were on some form of social assistance. More often than not they resided in a socially vulnerable area and had a lower IQ than average.

Researchers have been able, through studies, to identify two different types of rapists. One is the expected one: those with criminal careers and those who have abuse or psychiatric problems. They live in society’s shadow with welfare dependency, low school grades, low IQ, and a low tolerance for stress.

This latest Swedish study showed results similar to several international studies, including those conducted in Norway, Finland and Denmark, namely that immigrants are not only massively overrepresented, they even commit a majority of rapes in Sweden despite the fact that they constitute a minority of the population.

As in previous studies, it is specifically immigrants from the Middle East, North Africa and Africa who stand out as the most common ethnic groups for rapists. Another interesting aspect that the study addresses is that it undermines theories that are often put forward that there are socio-economic reasons behind immigrants’ over-representation as perpetrators of rape.

The study was recently published on the reputable site Taylor & Francis Online in their Forensic Sciences Research journal. It is a unique survey covering several interesting aspects compiled from requests for extensive material from the Swedish Criminal Register. 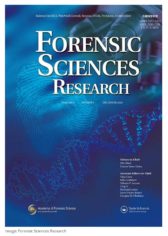 The study covers rapes from 2000 to 2015, which suggests that the number of these crimes has undoubtedly increased since large numbers of “unaccompanied” immigrants from countries such as Afghanistan and Syria – individuals who are particularly overrepresented as perpetrators of rape – have been omitted because they have chosen not to include any data beyond 2015.

The authors had chosen to classify “Swedes” as “born in Sweden by Swedish-born parents”, which, however, includes an increasing proportion of Swedish citizens with a foreign background. Ethnic Swedes thus constitute a continuously smaller proportion of “Swedes” in studies such as these since they do not take ethnic background into account but the country of birth instead. It is relevant to note that future statistics will thus become increasingly skewed and show that more and more “Swedes” are rapists when the proportion of ethnic Swedes is in fact decreasing.

In total, 59,3 percent of the rapists in the study are immigrants according to their classification. According to the same criteria, today about 25,5 percent of Sweden’s population consists of immigrants – even if the actual figure is higher if you include ethnic origin. This suggests a massive over-representation of certain ethnic groups, and that over-representation only becomes greater when dividing the perpetrators into subgroups (for example, immigrants from the Middle East) instead of mixing in subgroups that commit fewer rapes (for example, immigrants from Southeast Asia or the United States).

The #metoo movement in Sweden has blamed all men for rape indiscriminately. It is not politically expedient for the ruling leftist clique to expose the real rapists. Photo credit: Mihai Surdu

Citizen studies on the subject, such as the one presented by lay researcher Joakim P Jonasson who went through convictions from Sweden’s district courts between 2012 and 2017, have been able to take a closer look at this over-representation that exists among subgroups. His extensive research showed, among other things, that men of non-European descent commit 84 percent of the aggravated rapes, while 95,6 percent of the assault rapes are committed by men of foreign origin and 90 percent of the gang rapes [against women/girls] were committed by men of non-European descent.

But peer-reviewed research is becoming difficult to find in the Swedish context, since there is a clear political bias not to reveal the real extent of the scourge. A similar situation is evident in South Africa, where the rate of sexual violence has been among the highest in the world since 1994 when the ANC took power, but the ethnicity of perpetrator groups has never been exposed. Instead all men are blamed indiscriminately for “gender-based” violence. Women’s groups in South Africa have estimated that a woman is raped every 26 seconds.

Rape is a widespread problem in Sweden, a problem which is constantly increasing in scope and affecting more and more people. According to the Swedish Crime Prevention Council, rapes increased by 45,4 percent between 2008 and 2018 alone. Crime statistics initiated by the Council of Europe, showed Sweden has had the highest number of registered rape offences in Europe by a considerable extent.

Because immigration from these perpetrator groups have increased, rapes committed by these immigrants have naturally increased too.

But this issue is – to say the least – politically troublesome for those who want to see continued immigration to Sweden and despite the obvious importance of combating these crimes, the government, most parliamentary parties and mass media have for a long time tried to hide the problem or simply ignore it. BRÅ, for example, has only conducted two major studies on the subject to date.

In 1996, BRÅ released the first report that addressed the issue of immigrants’ over-representation as perpetrators of sexual crimes: “The crime of immigrants and immigrant children” by Jan Ahlberg, showed the over-representation of certain perpetrators. According to BRÅ, immigrants in general were found to commit 4,5 times as many rapes as Swedes per capita. The North Africans were the worst – in comparison with a Swedish man, they were 18 times more likely to be the perpetrator of a reported rape. Together with sub-Saharan Africans, men from the Middle East were between five and thirteen times more prone to rape than Swedish men. This was followed by South Americans, southern Europeans and Eastern Europeans.

As in South Africa, the results of these and other studies were viewed as fodder for “racists” because for obvious reasons it would support a very strong argument against continued immigration of groups that commit these rapes, in addition largely aimed at the most vulnerable of the Swedish population: women and children.

Pro-immigration activists often claim that “socio-economic factors” are behind the fact that immigrants rape more often. The explanatory argument proposes that it is society’s fault, because “poor” immigrants living in ghettos were more likely to commit crimes. But no one has questioned how rape would improve the economic situation of a poor immigrant, because the non-white individual needs to be exonerated by leftists and multiculturalists while society at large carries the blame.

This latest study however, refutes the hypothesis that socio-economic reasons force immigrants to commit more crimes. An interesting conclusion was reached in the study, namely that the majority of perpetrators of rape, as much as 74,6 percent, had very few contributing social factors such as difficult economic, educational, or living conditions known as “areas of exclusion” and so on. Yet as many as 62,2 percent of the perpetrators in this group were first- or second-generation immigrants.