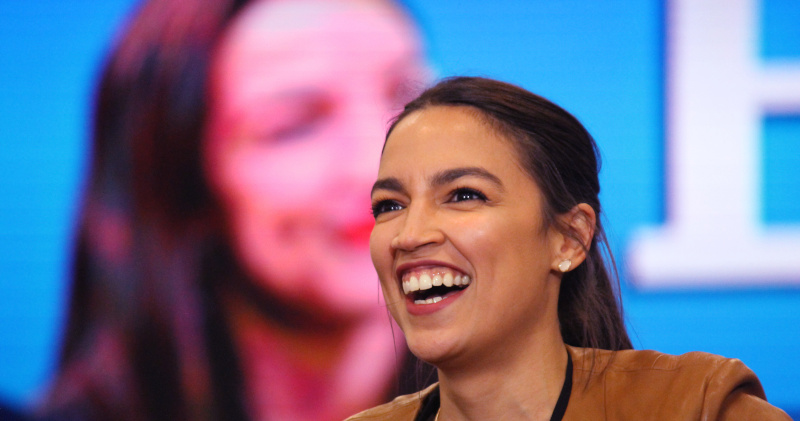 Washington has been taken over by the histrionic politics of Alexandria Ocasio-Cortez and others of her ilk, writes Ilana Mercer. They play the race card with a new intensity and verve.

The media scrum framed the Trump impeachment circus, Round II, as an “emotional” affair.

Headlines homed in on the “emotion” surrounding the trial. “It Tears at Your Heart. Democrats Make an Emotional Case to Senators – and America – Against Trump,” blared one of many hackneyed screamers, this one from Time.com.

The case made by the managers “was both meticulous and emotional,” came the repetitive refrain.

Democrat Jamie Raskin, a representative from Maryland and a lead impeachment manager, sniffed “emotionally” as he related what to him was a heartbreaking tidbit: His (privileged) daughter expressed fear of visiting the Capitol again, presumably because of the Jan. 6 fracas. That made Jamie cry. And when Jamie Raskin cries, normies outside Rome-on-the-Potomac laugh. Uproariously.

Impeachment managers had warned all present in the Senate Chamber that evidentiary footage would be upsetting. Their presentations were “intentionally emotional,” intoned CNN’s Dana Bash, who had paired up with one Abby Phillips for the “solemn” affair. Phillips’ “coverage” of all things Trump, in scratchy vocal fry, was a reminder that the left’s “empaneled witches and their housebroken boys are guided more by the spirit of Madame Defarge than by lady justice.”

A lady in an armadillo outfit emoted a lot. She was impeachment manager Stacey Plaskett. Although not particularly fashionable or feminine, there was a ton of “emotional” praise on the internet for Plaskett’s attire. Armani’s armadillo apparel was certainly a preferred distraction to the decibels of weepy rage emitted over the Trump protest.

The “intentionally emotional” affair, the last impeachment trial conducted by the Senate, had been preceded by an even more “emotionally” bizarre “healing” coven in Congress, led by the representative from New York, one Alexandria Ocasio-Cortez.

Ocasio-Cortez set up an hour-long primitive, ritualistic session conducted, putatively, to purge the pain over the Jan. 6 protest on the Capitol.

Early in February, a coven of “prominent Democratic lawmakers, including Reps. Ayanna Pressley (Massachusetts) and Rashida Tlaib (Michigan),” joined Ocasio-Cortez in forcing such a session, with the aim of “creating space for members to talk about their ‘lived experience'” during that Capitol Hill riot.

Big League Politics, a news website, was incredulous, reporting that “Congress [had] devolved into an AOC-led therapy session,” during which “House members cried while detailing their ‘lived experiences.'”

This American “thought” leader, Ocasio-Cortez, and her “harrowing” ordeal dominated the corporate press as well.

Here are some of the histrionic headlines as to what befell Congress’s queen of #MeFirst solipsism.

See if you can spot the operative word that animated the writers’ impoverished text:

“‘I Thought I Was Going To Die’: AOC Details Harrowing Day …”

It turns out that the “lived experience” of these abreacting women might have “lived” strictly in AOC’s head, since the House office building where AOC cowered had not been infiltrated by the protesters.

Formulaically, Ocasio-Cortez smuggled into her “living experience” an unverified mention of a sexual assault. Well, of course.

It transpires that Rashida Tlaib, who provided an incontinently unhinged account of her “lived experienced” on that fateful day – the Democrat’s 9/11 – was most certainly “not even in the Capitol during the breach.”

Still, Tlaib framed her trauma of Jan. 6, as emanating from simply “existing as a Muslim” in America.

Ayanna Pressley rose with the Tlaib Cobra to spit venom:

“… as a black woman to be barricaded in my office using office furniture and water bottles on the ground in the dark, that terror – those moments of terror – is familiar in a deep and ancestral way for me. …

“I want us to do everything to ensure that a breach like this never occurs at the Capitol (again). … But I (also) want us to address the evil and scourge that is white supremacy in this nation. …

Note the thrust of Pressley’s words. Hers are not just injuries to an individual who happens to be a black woman: Pressley implies she was subjected to them because she is a black woman.

A man, some legislator, was then dragged in, Roman Colosseum style, to expiate before AOC “for not initially recognizing his ‘privilege.'”

It goes without saying that AOC’s castles-in-the-sky “lived experience” mocks out of meaning genuine human suffering.

More to the point: AOC and her squad of progressive Democrats are not advocating “neutral principlism” – neutrality, objectivity and equality before the law; the noble idea of “rules grounded in law, as opposed to rules based on personal interests or beliefs.”

Differently put, AOC’s theory of justice is not metaphysical but mercenarily political. Every event to her is an opportunity, AOC’s idea being to lower the burden of proof so that events that occur in a woman’s head can be acted upon in law.

What makes Cortez so cunningly effective is that she fights just like a woman, underhandedly. Her weapon of choice here is the guilt trip; her objective being to squeeze legislation out of her “harrowing,” “lived experience.”

Almost charming in her childish, exclusively lower-order thinking – what makes AOC’s beguiling, baby-like behavior dangerous is that she uses the idiom of emotional anguish to derive legislative leverage.

Ilana Mercer has been writing a weekly, paleolibertarian column since 1999. She’s the author of Into the Cannibal’s Pot: Lessons for America From Post-Apartheid South Africa (2011) & The Trump Revolution: The Donald’s Creative Destruction Deconstructed” (June, 2016). She’s currently on Gab, YouTube, Twitter & LinkedIn, but has been banned by Facebook.