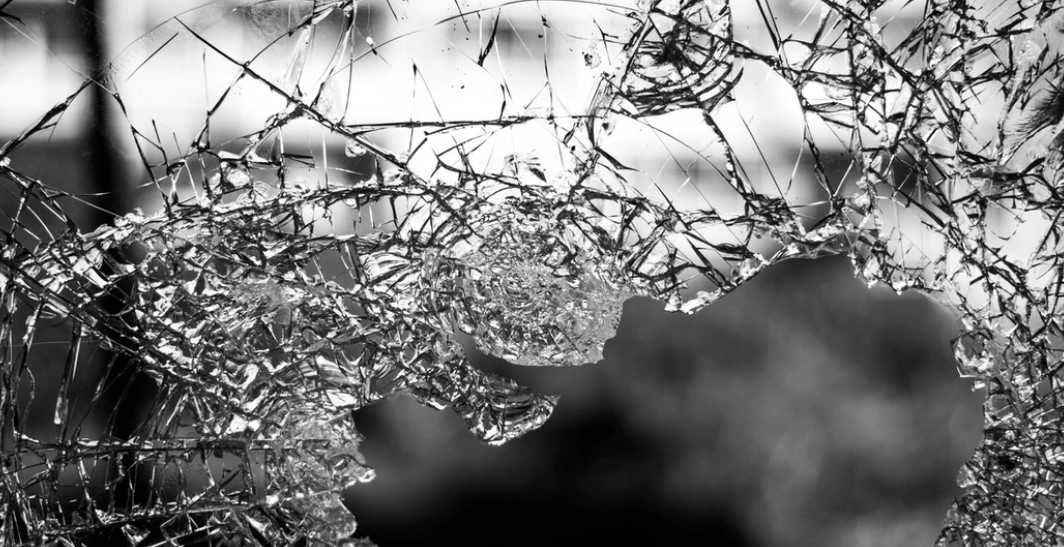 A large group of African immigrants left a trail of destruction in the center of Liège on Saturday afternoon. After an attack on a police officer at a Black Lives Matter demonstration, violence erupted. Several shops were looted, a police station and the town hall were pelted with cobblestones. A total of nine people were taken to hospital, including five police officers.

The demonstration had been announced. A policeman from the Liège motorized police who had to keep an eye on things, became the target of a group of “youths” in the early afternoon. The officer in question was taken to hospital by ambulance, and there is no news about his condition which is said to be serious.

The march was held to protest against the arrest of an African woman who had ignored police instructions in the city on Monday. She has since accused the police of racism, a police spokeswoman said. The police have rejected that charge, stating that the woman had resisted arrest.

The spokeswoman said that on Saturday “young people joined the group of peaceful protesters and then left the demonstration to go and wreck the city centre”. They “threw stones at the central police station and police vehicles,” she told AFP. “We are dealing with two hundred young people, ‘casseurs’, who move very quickly, in groups, and loot stores.”

“Casseurs” is a French term which translates as “breakers” and describes black-clad protesters who infiltrate protests to smash property and provoke clashes with police.

After the attack on the policeman, violence erupted and the 200 or so young people split up into smaller groups, looted shops (including a McDonald’s restaurant), and vandalized a car. “It was clearly their intention to cause destruction,” said police spokesman Jadranka Lozina. According to mayor Willy Demeyer (PS), some of the rioters did not come from Liège, but from Brussels and even from France. “I have the feeling that Monday’s unfortunate incident has been abused by rioters,” he told RTBF.

The police arrived en masse, including 250 officers and three water cannons. The young people then turned to a police station in the center of the city, and the police vehicles parked there. They were pelted with stones around 4 pm. Or as a journalist from RTL on the spot described it: “The cobblestones are flying around your ears”.

The police then formed a cordon at Place Saint-Lambert, where some fifty young people had gathered. There, the officers were also pelted with cobblestones, road signs, shoes and bottles, and fired back with tear gas to disperse the rioters. The town hall was also pelted, where some windows were broken.

The Liège police asked people not to come to the center of the city. “And those who are already in the center are asked to go home,” said Lozina. The Liège mayor also sent a message to the local merchants via BE-alert, asking them to close their shops.

Around 7 pm, calm gradually returned to the city center. Mayor Demeyer said that the police would remain massively present in the center of Liège this weekend. A total of five officers were taken to hospital, the Liège police confirmed. “There are more injured officers, but they have stayed on site to continue their work,” added Demeyer.

The rally was the result of the arrest of a black woman on Monday. According to to the “victim”, she had “helped” an elderly person in trouble at Place Saint-Lambert, but refused an officer’s order to stay on site. According to some witnesses, the African woman had stolen the phone of the elderly person. When the officers tried to arrest her, things got out of hand. She started swearing and biting the officers. She admitted to biting the officers. The images of what followed were massively shared via social media and formed the basis for Saturday’s demonstration.

For the police spokeswoman, “the Liège police have nothing to be ashamed of”. For her, the events at Place Saint-Lambert on Monday were “a clean, justified intervention” and “the proportionate use of coercion is completely proven”.

The Black Lives Matter demonstration was not allowed however. According to the police, these were young people who deliberately sought confrontation and quickly moved in groups. Among other things, the McDonald’s restaurant on the Place de la République Française was completely destroyed. Several rioters have been arrested, Mayor Willy Demeyer told VRT.

The police remained alert all night to secure the shops that have been looted. “There will be strict security all night long. Traders were asked to take photos of the damage. The city services will be at their disposal to help them.” the Liège police said in a press release.

On social media, Africans complained that the arrest should not have taken place on International Women’s Day. But Georges-Louis Bouchez, Senator and leader of Mouvement réformateur, has labeled the riots on Twitter as “completely unacceptable”. He said zero tolerance should be applied. “Nothing can justify such offenses.”

Vlaams Belang member Filip Dewinter tweeted that the riot in the city was an example of how multiculturalism played out in reality. “It appears that a BLM demonstration cannot take place without the accompanying violence and looting.”