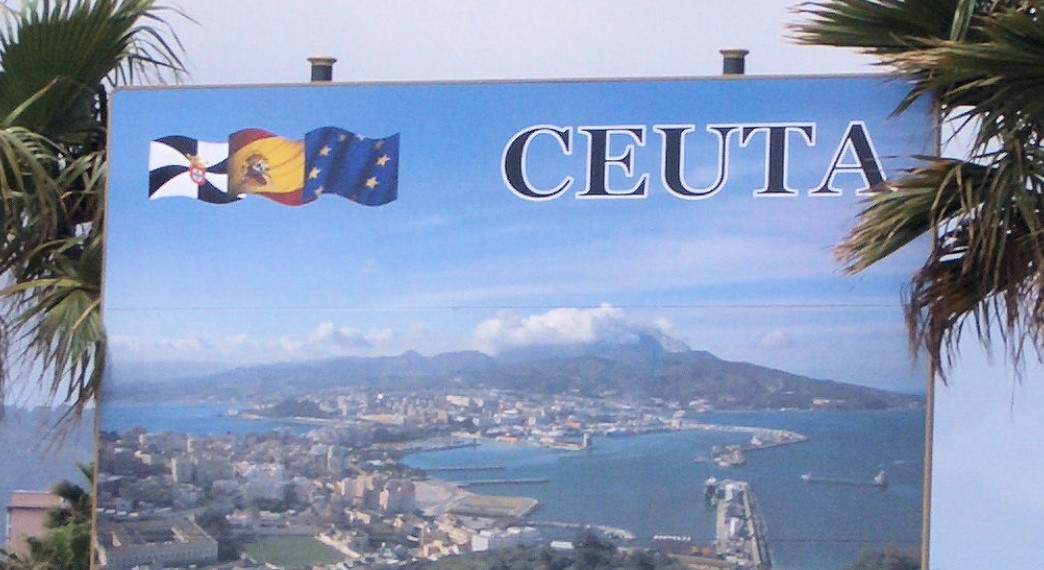 A sign welcoming visitors to Ceuta, showing the flags of Ceuta, Spain and the European Union. Wikipedia.

The Moroccan security forces and the Spanish Civil Guard succeeded, on Tuesday around 6.30 am, in repelling an attempt to cross the fence separating Ceuta and Morocco.

About sixty migrants of sub-Saharan origin thus managed to climb the fence, but none managed to access Spanish territory, according to police sources cited by Europa Press, which specified that the incident did not cause any injuries.

The Benemérita officers detected “shortly after midnight” the existence of a group of “150” migrants near the border perimeter, more precisely in the Moroccan zone adjacent to the Finca Berrocal,” explained the same sources. In the morning, part of the group, about sixty, approached the fence, where units of the Ceuta Civil Guard Company were deployed with the support of the Reserve and Security Groups (GRS) and the Citizen Security Unit (Useci) that the Spanish authorities maintain in Ceuta as a specific reinforcement to control migratory pressure.

The action of the Spanish officers, combined with that of the Moroccan security forces, made it possible to “contain” the attempt despite the fact that some migrants managed to climb the first fence.

Europa Press also evoked an “increase” in the number of migrants settled in the vicinity of Ceuta, according to the findings established by the Spanish authorities.

At the point of the irregular entry attempt, the six-meter -high mesh has not yet been replaced by the new ten-meter structures that combine bars, metal sheets, an anti-climbing fence and smooth cylinders one meter in diameter at their highest point, supposedly more effective and “less harmful”.