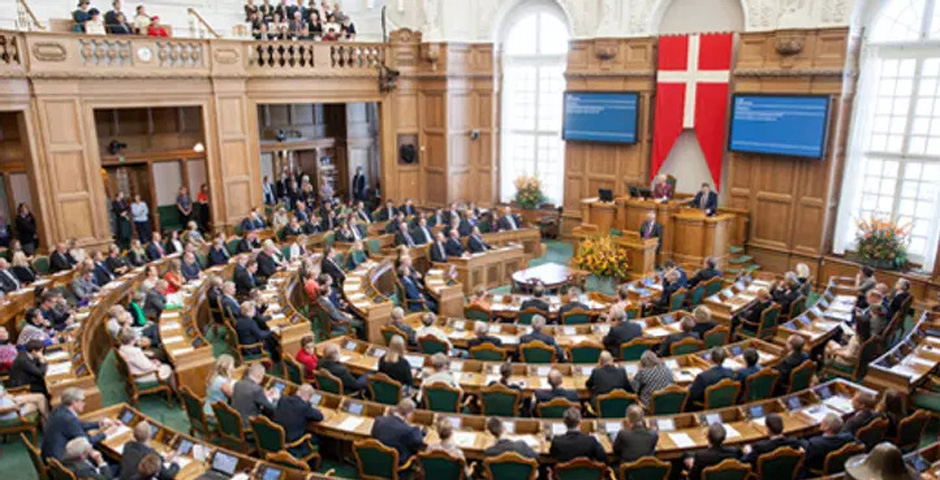 Denmark has taken a historic step when it was decided on 3 June to move the entire asylum process to Africa. Not even those who are granted asylum will be allowed to immigrate to Denmark, but refuge will be offered to them in an African country. This means zero asylum immigrants to Denmark as soon as the new system is in place — the first of two necessary steps to make Denmark Danish again.

—Denmark’s multicultural problems will by no means disappear overnight. Far from it. But by reducing the influx of new overseas migrants to close to zero, the country has taken a decisive first step towards becoming Danish again. Step two, an active return, is already being discussed by the country’s politicians.

The fantastic thing is that the return debate has gone from being a purely oppositional phenomenon relegated to the periphery by politically correct politicians and the media, to one currently dominating public discourse.

This shows that it is possible to implement a change and influence policy, if you are persistent and work long-term—. The Danish Social Democrats hardly proposed this on their own initiative, but they have seen Social Democratic parties decimated in Europe at the same time as Danish resistance to immigration has been increasing. When the Danish government proposed moving the asylum process to Africa, hardly anyone in the Folketing (Danish parliament) opposed it.

Of course, just stopping the inflow is not enough in itself. As the Danish politician Rasmus Paludan pointed out when he was intereviewed by Swedish newspaper Nya Tider, the number of Muslim immigrants in particular is still growing strongly because they simply give birth to more children than the Danes. But no matter how you turn things around, it is a giant step in the right direction — a revolutionary step that can change the entire playing field. If we get a domino effect where more and more countries follow suit, there may relatively soon be zero asylum immigration in Europe.

It would be a return to a more natural state. There is no reason at all for Europe to accept any non-European asylum seekers at all. The current asylum system is a relic, a dinosaur created during a time when it was about political dissidents being able to get protection from persecution in a neighboring country or possibly a couple of countries away if for some reason they felt more at home there. The idea was that a British dissident, say, could be granted asylum in France or Switzerland. It was never intended to be used for mass migration, and the only reason it was not abolished long ago is that globalist forces wanted to use it to destroy Europe.

The globalists know that the system is unnatural and artificial. Therefore, they are now terrified of a domino effect where more countries follow the Danish example. For it is now once and for all the case that an unnatural system that lacks the support of the will of the people and is only maintained through threats, violence, blackmail, ostracism and other ugly methods, is very vulnerable.

We have seen it before with Hungary, which has smeared and called “authoritarian” and other ugly things – because they openly say they want Hungarians to endure in the future, culturally and biologically, and acted accordingly. But at this point, Denmark is becoming more difficult to give in to. The Danes are usually called the happiest people in the world and have a reputation for being quite like Swedes, perhaps a little more jovial and easy-going. In addition, their political system is very similar to that of other Western countries — it is the political climate that differs. Even if the globalists and their left-wing lackeys are good at painting things black and white in their propaganda, it will be difficult to characterise as “authoritarian” that the Danes are able to conduct the debate openly without being called racists.

What can be stated at the same time is that the hateful methods of political correctness — the smearing, the censorship, the condemnations, the meddling, the virtue signalling, the unwillingness to debate — actually work. As soon as the Danes stopped engaging in such things, the sluice gates were opened and today they thus have a coalition government or as we say in Swedish a “sausage government” that pursues a tougher immigration policy than the Swedish SD would dare to propose on the other side of the Öresund. The Swedish Sausages and the rest of the PC appendix are thus doing the “right thing” which means continuing to refuse to have a rational discussion without blinders, because blinders are the only thing that keeps the system in place. Foul play is all they have left.

They are doing “the right thing”, that is, if their goal is to be able to continue to destroy Sweden for another time before the system fails — because it will not last forever. As Abraham Lincoln said: “You can fool all the people some of the time and some of the people all the time, but you cannot fool all the people all the time.”  The risk, however, is that it by the time we Swedes wake up our country might be on the brink of civil war, or might already have fallen over the cliff.

In concrete terms, two things are needed to save a country from the ultimate consequences of mass immigration: to stop it and to turn around. Denmark has now stopped it, and is showing signs of turning it around when it was announced, among other things, that it wanted to send the Syrian war refugees home to rebuild their own country.

An agreement with a country in Africa is not likely to be difficult to achieve. On the other hand, the globalists and their lackeys can still put spokes in the wheel through supranational organizations; for example, the European Court of Justice may rule that the new Danish system is contrary to international rules.

As we know, laws can be interpreted differently and if they were to be used to try to stop the new Danish system, it is of course the laws and / or the system that is wrong — not the Danes who have now finally put their foot down and acted according to what everyone already knows: Non-European immigration has been a disaster for our societies.

In any case, it is doubtful whether the Danes would allow themselves to be stopped by any objections to “international law” if it is used in this way. Hungary and the other Visegrad countries have already shown that it is possible to defy the EU and other supranational bodies, especially when the rebel countries are doing something together and defending each other.

Something that could possibly put Denmark over the barrel is that they lack natural allies on this issue. But even alone, what should the EU do if Denmark threatens to withdraw if the Union tries to force asylum seekers on them now that both the will of the people and the politicians are finally pulling in the same direction and saying no?

Regardless of what the outcome looks like, the new Danish asylum system changes the entire playing field and shows that another path is possible. Thank you, Denmark!