These three firms own corporate America

A fundamental change is underway in stock market investing, and the spin-off effects are poised to dramatically impact corporate America.

In the past, individuals and large institutions mostly invested in actively managed mutual funds, such as Fidelity, in which fund managers pick stocks with the aim of beating the market. But since the financial crisis of 2008, investors have shifted to index funds, which replicate established stock indices, such as the S&P 500.

The magnitude of the change is astounding: from 2007 to 2016, actively managed funds have recorded outflows of roughly US$1,200 billion, while index funds had inflows of over US$1,400 billion.

In the first quarter of 2017, index funds brought in more than US$200 billion – the highest quarterly value on record.

This shift, arguably the biggest investment swing in history, is due in large part to index funds’ much lower costs.

Actively managed funds analyse the market, and their managers are well paid for their labour. But the vast majority are not able to consistently beat the index.

So why pay 1 percent to 2 percent in fees every year for active funds when index funds cost a tenth of that and deliver the same performance?

Some observers have lauded this development as the “democratisation of investing”, because it has significantly lowered investor expenses.

But other impacts of this seismic shift are far from democratising. One crucial difference between the active fund and the index fund industries is that the former is fragmented, consisting of hundreds of different asset managers both small and large.

The fast-growing index sector, on the other hand, is highly concentrated. It is dominated by just three giant American asset managers: BlackRock, Vanguard and State Street – what we call the Big Three.

Lower fees aside, the rise of index funds has entailed a massive concentration of corporate ownership. Together, BlackRock, Vanguard and State Street have nearly US$11 trillion in assets under management. That’s more than all sovereign wealth funds combined and over three times the global hedge fund industry.

In a recently published paper, our CORPNET research project comprehensively mapped the ownership of the Big Three. We found that the Big Three, taken together, have become the largest shareholder in 40 percent of all publicly listed firms in the United States. 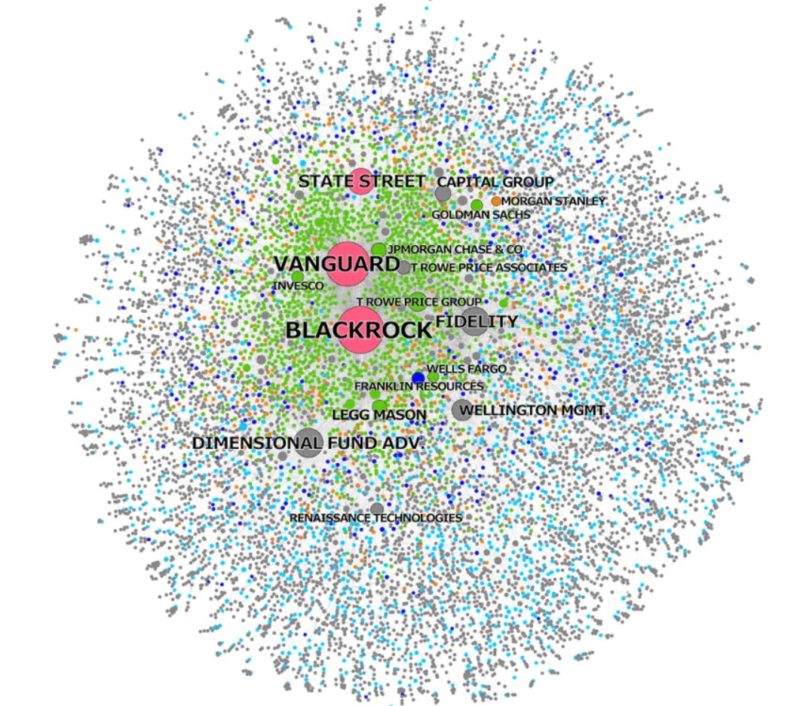 Figure 1: Network of ownership by the Big Three in listed US firms. (See our paper for explanation of colours). Fichtner, Heemskerk & Garcia-Bernardo (2017)

In 2015, these 1,600 American firms had combined revenues of about US$9.1 trillion, a market capitalisation of more than US$17 trillion, and employed more than 23.5 million people.

In the S&P 500 – the benchmark index of America’s largest corporations – the situation is even more extreme. Together, the Big Three are the largest single shareholder in almost 90 percent of S&P 500 firms, including Apple, Microsoft, ExxonMobil, General Electric and Coca-Cola. This is the index in which most people invest. 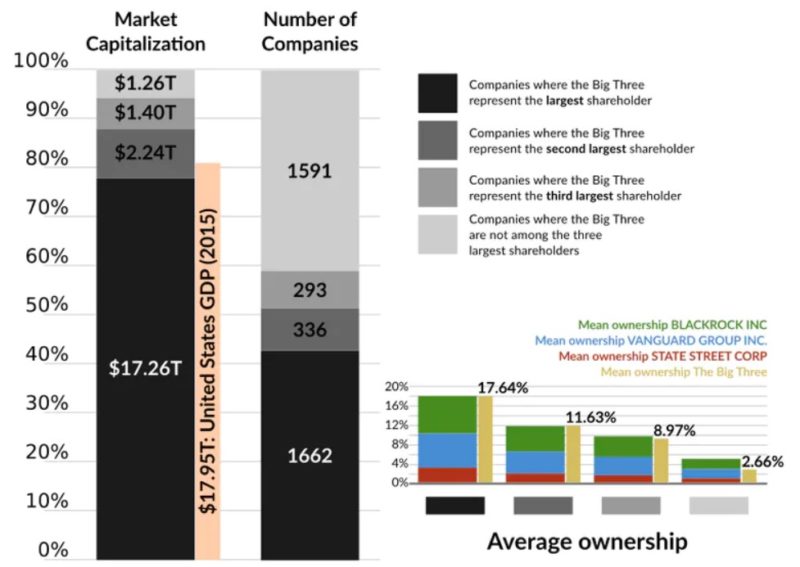 Figure 2: Statistics about the ownership of the Big Three in listed US firms. Fichtner, Heemskerk & Garcia-Bernardo (2017)

The power of passive investors

With corporate ownership comes shareholder power. BlackRock recently argued that legally it was not the “owner” of the shares it holds but rather acts as a kind of custodian for their investors.

That’s a technicality for lawyers to sort. What is undeniable is that the Big Three do exert the voting rights attached to these shares. Therefore, they have to be perceived as de facto owners by corporate executives.

These companies have, in fact, publicly declared that they seek to exert influence. William McNabb, chairman and CEO of Vanguard, said in 2015 that, “In the past, some have mistakenly assumed that our predominantly passive management style suggests a passive attitude with respect to corporate governance. Nothing could be further from the truth.”

When we analysed the voting behaviour of the Big Three, we found that they coordinate it through centralised corporate governance departments. This requires significant efforts because technically the shares are held by many different individual funds.

Hence, just three companies wield an enormous potential power over corporate America. Interestingly, though, we found that the Big Three vote for management in about 90 percent of all votes at annual general meetings, while mostly voting against proposals sponsored by shareholders (such as calls for independent board chairmen).

One interpretation is that BlackRock, Vanguard and State Street are reluctant to exert their power over corporate America. Others question whether the Big Three really want this voting power, as they primarily seek to minimise costs.

What are the future consequences of the Big Three’s unprecedented common ownership position?

Research is still nascent, but some economists are already arguing that this concentration of shareholder power could have negative effects on competition.

Over the past decade, numerous US industries have become dominated by only a handful of companies, from aviation to banking. The Big Three – seen together – are virtually always the largest shareholder in the few competitors that remain in these sectors.

This is the case for American Airlines, Delta, and United Continental, as it is for the banks JPMorgan Chase, Wells Fargo, Bank of America, and Citigroup. All of these corporations are part of the S&P 500, the index in which most people invest.

Their CEOs are likely well aware that the Big Three are their firm’s dominant shareholder and would take that into account when making decisions. So, arguably, airlines have less incentive to lower prices because doing so would reduce overall returns for the Big Three, their common owner.

In this way, the Big Three may be exerting a kind of emergent “structural power” over much of corporate America.

Whether or not they sought to, the Big Three have accumulated extraordinary shareholder power, and they continue to do so. Index funds are a business of scale, which means that at this point competitors will find it very difficult to gain market shares.

In many respects, the index fund boom is turning BlackRock, Vanguard and State Street into something resembling low-cost public utilities with a quasi-monopolistic position. Facing such a concentration of ownership and thus potential power, we can expect demands for increased regulatory scrutiny of corporate America’s new “de facto permanent governing board” to increase in coming years.