Thierry Baudet with his hero Tocqueville in his office in The Hague. Photo supplied
The Hague

A secret Dutch deal with the Rothschilds raises eyebrows

In the Netherlands, the outgoing culture minister Ingrid van Engelshoven (D66) said that her ministry wanted to make the artwork by a white male “accessible to everyone” again. She had secretly informed all party leaders in the House of Representatives of the cabinet's plans to purchase a Rembrandt painting. All party leaders were contacted, except FVD leader Thierry Baudet.

It turned out to have been a conscious choice to keep the deal secret: “We had to be sure that the purchase would remain under wraps.” With Baudet there were no guarantees, because of “the way in which he conducts politics with his party”, said the retiring minister. She also claimed not to have been influenced: “I made a decision for myself: the importance of confidentiality weighed more heavily.” But why should such a purchase be kept secret?

Van Engelshoven is close to WEF pet and D66 party leader Sigrid Kaag. A letter from the WEF, a private organization addressed to Kaag, specifically noted that the participation of her party members would  “become a major force in shaping the Great Reset”.

The purchasing process surrounding the canvas, De Vaandeldrager, is surrounded by mystery. No less than 175 million euros is involved in the deal that the Dutch state has concluded with the Rothschild family with Dutch tax money.

Curious concern from a die-hard feminist 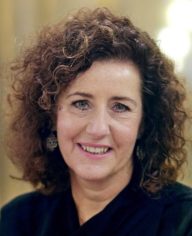 Culture Minister Ingrid van Engelshoven, a die-hard feminist, has inexplicably become interested in the talents of white males. Why was she so worried about anti-vaccine politician Thierry Baudet finding out about the deal? Wikipedia

Van Engelshoven is a die-hard feminist and a harsh critic of the “white patriarchy”. According to her, there are too many “white men” working at colleges and universities in the Netherlands. Her sudden concern over a painting of a white man by a white man seems strange, to say the least.

Until recently, the minister maintained that the presence of white men at institutions of higher learning leads to “nasty incidents involving intimidation of female employees” and had qualified the decision of the TU Eindhoven to no longer accept white men for new vacancies as “courageous”.

Baudet, together with MP Simone Kerseboom, have been asking questions about the state of affairs. They wanted to know why FVD was not informed and also had questions about the motives of the wealthy Rothschild family. It turns out that no French museum had been willing or able to pay the asking price.

Kerseboom and Baudet also wanted to know from the minister how this powerful family was connected to the Dutch government. “Do you see the family as an international economic power? If so, how did you factor in this power factor in your decision to transfer a total of EUR 175 million (of which in any case approximately EUR 150 million in tax money) to them?”

The FVD MPs also asked the minister whether other things had been promised to the Rothschild family in addition to financial compensation. Think, for example, of promises or political-social guarantees, but also access to top civil servants and ministers.

The number one trending hashtag on Twitter in Dutch over the last day has been #wefpapers.

Baudet confirmed through his spokesperson that he was indeed kept in the dark by Van Engelshoven. “Apparently the minister watches and listens too much to the mainstream media, because she has a completely distorted image of Mr Baudet. The minister should know how many secrets he has been keeping.”