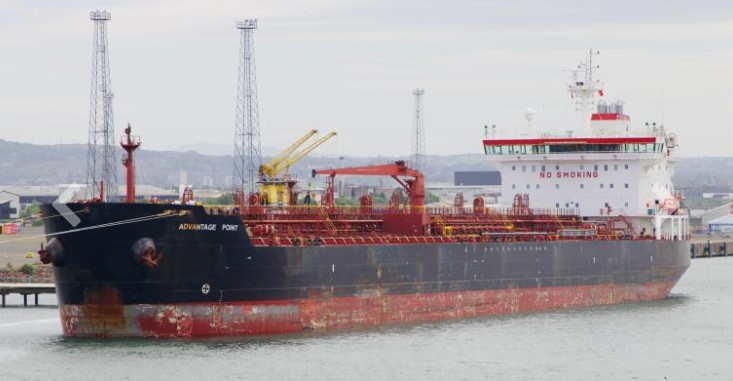 From ‘insulted liver sausage’ to meddling in energy deliveries

The brazen Ukrainian ambassador to Germany, Andrij Melnyk, who only recently publicly called Chancellor Scholz an "insulted liver sausage", now bluntly called on workers in the port of Rostock not to unload a tanker anchored there with oil products from Russia.

The oil and chemical tanker Advantage Point is moored in Rostock harbour. It comes from the Russian oil loading port of Primorsk and transports petroleum distillates.

“I call on the traffic light coalition government, all state governments and all German ports to boycott all Russian ships or ships with Russian cargo – especially oil tankers,” Melnyk told Der Spiegel. “I would like to make a special appeal to the dock workers in Rostock and other German ports to block the unloading of Russian goods. These measures should lead to hitting the Russian war machine in the heart and stop the war of extermination against Ukraine faster.”

The port in Rostock is important for supplying the only two major refineries in central Germany, in Schwedt (Brandenburg) and Leuna (Saxony-Anhalt), with crude oil and intermediate products such as the distillate from which diesel and heating oil are extracted.

Observers, however, are now wondering when the Ukrainian ambassador will be shown the red card for constantly overstepping his authority and meddling.