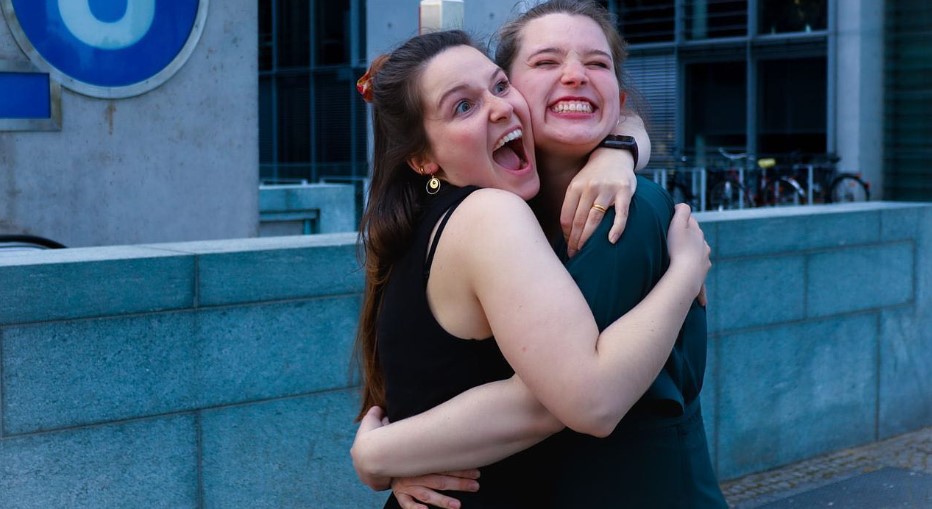 Emilia Fester (right) with her companion in front of the Bundestag. Facebook

The youngest member of the German Bundestag, Emilia Fester, has called for voting rights for everyone, including small children.

In a conversation organized by German weekly Focus with the oldest member of parliament, Wolfgang Schäuble (CDU), the 24-year-old said when asked at what age one should be able to vote: “For me personally: everyone who wants to.”

The former President of the Bundestag brought his four grandchildren into play and named their ages – two, four, fifteen and seventeen. The 79-year-old wanted to know: “In your opinion, who of you should be allowed to vote?” After Fester’s answer, the CDU politician followed up with: “So my two-year-old too?”

Fester was adamant: “From my point of view, yes. As a representative of my group, I would say: 15 and 17-year-olds should be allowed to vote.”

The Greens actually demand voting rights from the age of 14. The traffic light coalition has already agreed to lower the voting age from 18 to 16.

Emilia Fester has repeatedly raised eyebrows with mindless remarks in the past. At first she complained that her Bundestag mandate was too strenuous with the words: “I’m also sacrificing my youth for this job.” After all, she earns 10 323 euros per month. And the Bundestag meets in just 20 session weeks per year.

In March, she justified the demand for a strict vaccination requirement in a Bundestag speech by saying that the unvaccinated would endanger her freedom. That’s why she hasn’t been able to travel outside Germany since the Corona outbreak. However, she had previously posted photos from her Denmark vacation on social media.