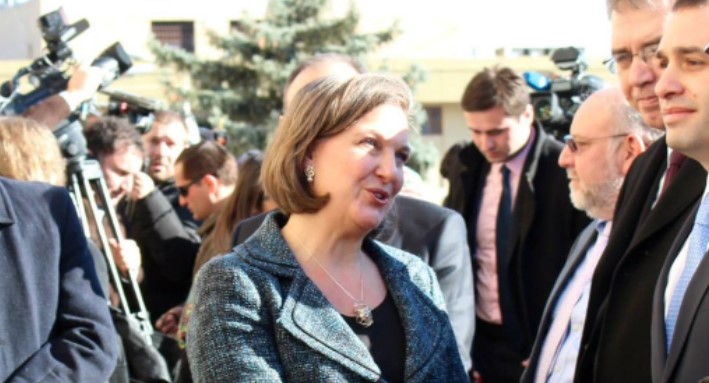 Pentagon accused of spending $224 million on bioweapon programs in Ukraine

The head of Russia’s Investigative Committee, Alexander Bastrykin, has told reporters that Ukraine has been mired in a multi-million dollar Pentagon-funded bioweapons program. The UN High Representative for Disarmament has called for a consultative meeting on the issue.

“The analysis of the obtained documents allowed us to clearly identify the people involved in the military biological activities in Ukraine, including representatives of the US Department of Defense and American companies with ties to it,” Bastrykin said.

The US has allegedly spent more than $224 million on biological weapons research programs in Ukraine since at least 2005, used to equip and upgrade around 30 biolab research centers governed by Ukraine’s defense, health and agricultural ministries.

“The results of said research had been evacuated to Kiev-controlled territory before the start of [Russia’s] special military operation,” according to Bastrykin.

In March, Moscow said that it had found evidence that the US had been funding biological weapons research in Ukraine. Washington and Kiev denied this claim and accused Russia of waging a propaganda campaign.

However, Senior US diplomat Victoria Nuland admitted at the time that Washington was working with Ukraine to prevent sensitive “research materials” from the former Soviet Union from falling into the hands of Russian troops.

Chinese Foreign Ministry spokesman Zhao Lijian, meanwhile, urged the US to “give a full account of its biological military activities at home and abroad and subject itself to multilateral verification”.

Izumi Nakamitsu, UN High Representative for Disarmament Affairs, spoke at the emergency meeting in March called by Moscow. Nakamitsu admitted that the UN had neither the mandate nor the capacity to investigate such claims, which fall under the auspices of 1972 Biological Weapons Convention.

The treaty – to which both Ukraine and the Russian Federation are parties – effectively prohibits the development, production, acquisition, transfer, stockpiling and use of biological and toxin weapons. Against the backdrop of the latest allegations, Nakamitsu suggested convening a “consultative meeting”.

While the US continues to assert that the country does not operate any biological laboratories in Ukraine, “the facts show otherwise”, Russian Ambassador Vassily Nebenzia said, adding that Ukrainian authorities in fact gave the US permission to carry out dangerous experiments in return for free travel to international conferences.

Evidence points to studies conducted on Crimean-Congo Fever, leptospirosis and other dangerous pathogens, he said. He also cited proof of studies into how such illnesses could pass from bats into humans, adding that use of biological weapons could be “easily dressed up as naturally occurring”.

The US Ambassador, Linda Thomas-Greenfield, called the claims a “tirade of bizarre conspiracy theories”.

“There are no such labs, not near Russia’s border, not anywhere,” Thomas-Greenfield said, but added that Ukraine does boast several bio research facilities, supported by the United States and the World Health Organization (WHO) – funded mainly by pandemic tsar Bill Gates.