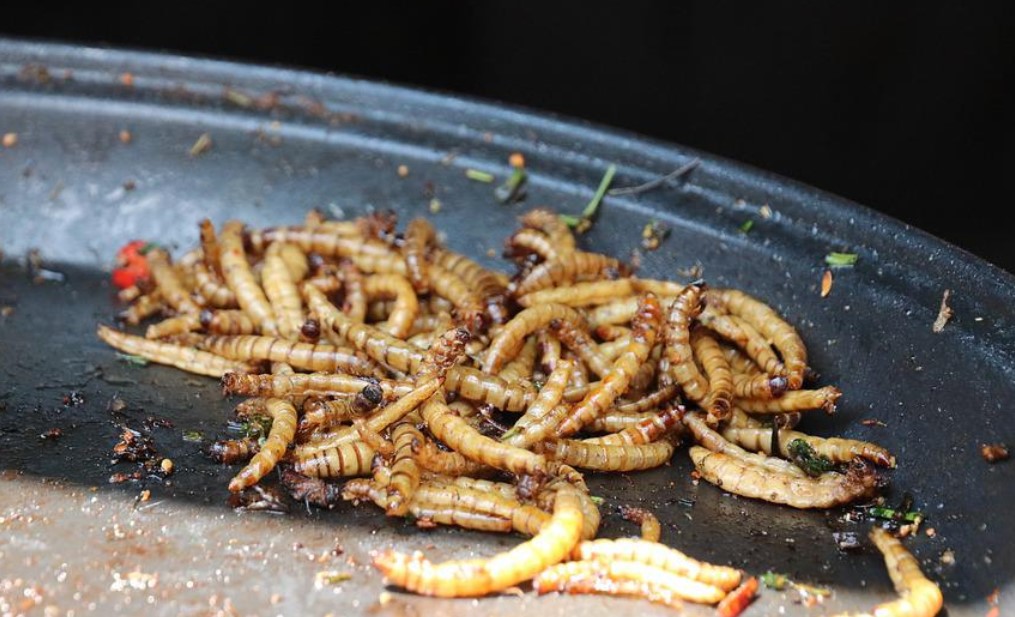 Insects are supposed to be nutritious and have a lower carbon footprint than regular meat, scientists have claimed. Young children will soon be eating insects to encourage a new generation to switch from meat to insects – and to convince their parents to follow their lead.

Pupils at four primary schools in Wales will be fed “alternative proteins” such as crickets, grasshoppers, silkworms, grasshoppers and mealworms. The project to change people’s diets starts this week.

The researchers hope their findings will provide information on how to make British children – and by extension, their parents – believe in the environmental and nutritional benefits of edible insects.

Surveys, workshops, interviews and focus groups will be given feed-back on the experiences of alternative proteins. Researchers have teamed up with teachers in the hope to convince five- to 11-year-old participants to make them give up meat and dairy.

“We want children to think about alternative proteins as real things for now and not just foods for the future, so sampling some of these foods is a key part of the research,” said Christopher Bear of Cardiff University.

“Although edible insects are not – yet – sold on a large scale in the UK, they are part of the diet of around 2 billion people worldwide. A large proportion of these live in parts of the world where they are part of a long-standing culinary tradition. And they’re becoming popular elsewhere, too,” he added.

A 2020 study estimated that around 9 million European consumers ate insects in 2019 and predicted a rise to 390 million by 2030, according to the International Platform of Insects for Food and Feed (IPIFF), an insect producer.

Carl Evans, Head of School at Roch Community Primary School in Pembrokeshire, which is participating in the project, said that this was an “important link” to “wider global issues around sustainable development” even if it is “often confusing for them”.

Verity Jones of the University of the West of England in Bristol, said young children could “play a big role in family dietary changes”. According to Jones, most of us are already unwittingly eating insects: “Everyone eats insects every day – there are more than 30 parts of bugs in 100g of chocolate… Bread, fruit juices, hops… whatever you eat, you eat insects.”

Jones has tried to reassure children in this way that they would not get sick from eating insects because “all research, both in adults and children, showed that the notion of whole insects were unpleasant, “but crushed insects in food are very acceptable”.

“My research has found that, as with adults, boys are more willing to try new foods first,” she said.

The UK Food Standards Agency (FSA) is expected to allow insects to be temporarily sold in supermarkets and other retailers, with full approval expected next year.

But insects can compromise the nutritional value of many foods, especially those made from plants (like rice or flour). Some common anti-nutrients contained in them are phytic acid, tannins, and lectins. The exoskeleton, or “chitin,” of an insect has been found to contain these anti-nutrients.

Insects could have the same capacity to trigger allergic reactions as do crustaceans (like shrimp and lobster). Also, many insects feed on decaying matter: rotting food, animal corpses, human waste which are full of bacteria and are a common danger associated with wild insects. They can carry parasites which are harmful, or even deadly.

Notably vegans were significantly more determined than meat eaters that they would not eat foods of insect origin, even if they were nutritious, safe, affordable, and convenient. Insects are technically animals (they belong to the largest phylum of the animal kingdom, arthropods) and are therefore not considered as a food source by vegans.