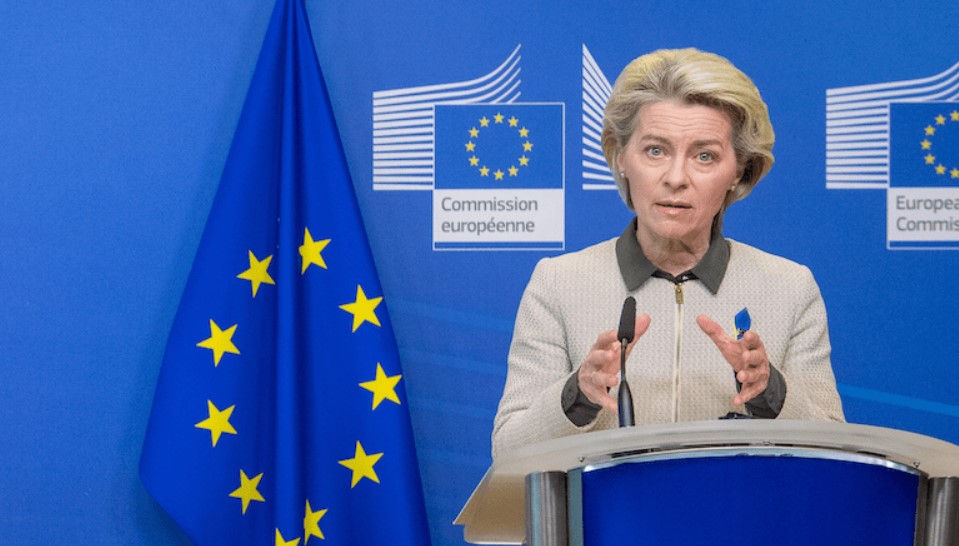 Ursula von der Leyen has been President of the European Commission since 2019. Photo: EU
Stockholm

The European Commission has now issued information on how it intends to stop the import of energy from Russia. Among other things, they want to produce more "renewable" electricity and biogas in the EU countries, increase the number of heat pumps and increase energy efficiency in general. Nuclear power is not included in the plan.

Olle Felten, a former member of the Swedish Riksdag’s tax committee and the Riksbank’s General Council, remains unconvinced that the EU has a realistic vision for energy. He explains in detail why the EU is shortsighted.

The proposal also contains preparations for rationing natural gas, but has been given the “positive” name “REPowerEU”. The Commission claims that the measures will make energy cheaper in Europe, which has been met with great skepticism. The schedule has also generally been ruled unrealistic.

On 18 May, the European Commission presented a proposal for a project to end the EU’s dependence on Russian energy, with the aim of the EU becoming independent of Russian natural gas by 2030. The aim of the project is to create “joint European measures for safer and more sustainable energy at a more affordable price”.

The measures in “REPowerEU” are about:
• saving energy
• producing clean energy
• diversifying the energy supply

They simply want to build a new energy infrastructure at record speed, “The new energy system that Europe needs”. It is believed that the plan is a response to “The difficulties and the global energy market disruption caused by Russia’s invasion of Ukraine”. However, it is not possible to show how the alternative will be “more affordable in price” than cheap Russian gas.

As many of the EU countries have built large parts of their energy supply on natural gas, stopping imports is a major challenge. In 2021, about 155 billion cubic meters of gas were imported from Russia. The most extreme measure in the project is to reduce it by two thirds, or 100 billion cubic meters, in just one year. This will be done through the Member States of the Union being expected to invest in replacement production, streamline and reduce consumption, and find new suppliers of large quantities of natural gas, which normally means price increases.

In addition, there are already major commitments that require a comprehensive expansion of electricity production, such as fossil-free steel, the cement industry’s carbon dioxide plan, electrification of the transport sector and other energy-consuming projects.

The mix of intended measures in “REPowerEU” is presented overall, with seven different blocks that deal with different measures and how much money to spend on each part. The text emphasizes that it must go fast – EUR 210 billion must be spent before 2027. The fact that it is the citizens of the EU Member States who have to pay the final bill is not a big issue in the Commission’s project advertisement either.

Nuclear power is not included in the current plans at all. It would have been possible for the European Commission to point the whole hand at Germany to force them to use the nuclear power they have to achieve their goal. But even this pointer is missing in the information about the Commission’s plans, which is a surprising fact because Germany is one of the EU countries that has the greatest need for, for example, Russian gas.

In the short term, i.e. in this current year, the European Commission proposes joint purchases of gas and rapid expansion of solar and wind energy with the goal of saving about 50 billion cubic meters of gas imports.

At the same time, a first EU-wide hydrogen project will be launched, which in itself requires a lot of energy. Hydrogen is produced by breaking down water molecules into oxygen and hydrogen using electricity.

It also aims to replenish European natural gas stocks quickly before the autumn, before phasing out Russia’s imports – at least 80 percent by 1 November. Another measure, described as “EU-coordinated plans to reduce demand in the event of a gas supply disruption”, involves planning for a situation that can not be described in any other way than rationing natural gas, albeit orderly.

The production of biomethane requires energy

A large part of the investment, EUR 37 billion by 2030, will be spent on new production of biogas, “biomethane”. Methane is produced from residual products from mainly agriculture (for example manure from livestock farming), forestry, treatment plants and slaughterhouses as a basic raw material. Increasingly high production targets tend to instead require a larger share of raw material on cultivated land.

The industry believes that this can happen “without conflict with food production”. Analysts believe, however, that it is not possible to achieve the set goal for production without using arable land to produce energy crops for gas production. Large areas are also already used for the production of raw materials for biodiesel.

An interesting aspect of biomethane production, however, is that one can get a lot of gas out of livestock manure. This would mean that it would be possible to increase the breeding of meat animals considerably and use the manure for gas production. The criticism from a globalist point of view of animal husbandry as a major producer of “climate gases” would be turned into a positive factor for energy production. However, this reasoning is not included in the European Commission’s project description. Instead, the plans for a drastic reduction of Europe’s animal population “for the sake of the climate” remain.

The European Commission writes in its presentation of the ambitious plan that the goal of reducing the use of natural gas in the EU to 155 billion cubic meters should be reached by 2030. Then they have also merged a previously extremely ambitious plan, which goes under the name “Fit for 55” with a number of new measures within “REPowerEU”. At the same time, it is said that savings and other energy sources must be able to reach as much as two thirds of that goal, or 100 billion cubic meters, within a year, i.e. 2023.

However, the whole presentation of “REPowerEU” is very incoherent. A document entitled “Financing REPowerEU” foresees projects funded to the tune of €210 billion by 2027. In the same presentation, lined-up projects are estimated at €288 billion by 2030 and in another part of the jumbled description, the amount mentioned is €225 billion. The previously launched “Recovery Fund (RRF)” will be available to Member States. It had been set up to help boost the economy following the Corona pandemic’s restrictions and closures.

Obviously, there is money left in the planned “fund”, which is not needed for the original purpose and thus can be used for other purposes.

The strange thing about that reasoning is that the more than 800 billion euros that the RRF covers were marketed as absolutely crucial for the EU countries to be able to avoid collapsing after the Covid pandemic. The fact that it is now claimed that there is just over 200 billion euros, or about a quarter, left to advance the independence of EU countries from Russian energy, should make the most ardent EU supporter wonder about how the Commission handles citizens’ money.

It is not very clear how much it will actually cost the peoples of the EU countries to avoid Russian energy. There are no clear figures in the hastily put forward plans to reduce natural gas imports to just one third of imports by 2021 within a year. This may be because they themselves do not believe it is possible.

It could become particularly difficult when the consequences of such a strategy become apparent to the populations of the various Member States and when politicians begin to fully realize what the economic aftermath will be.