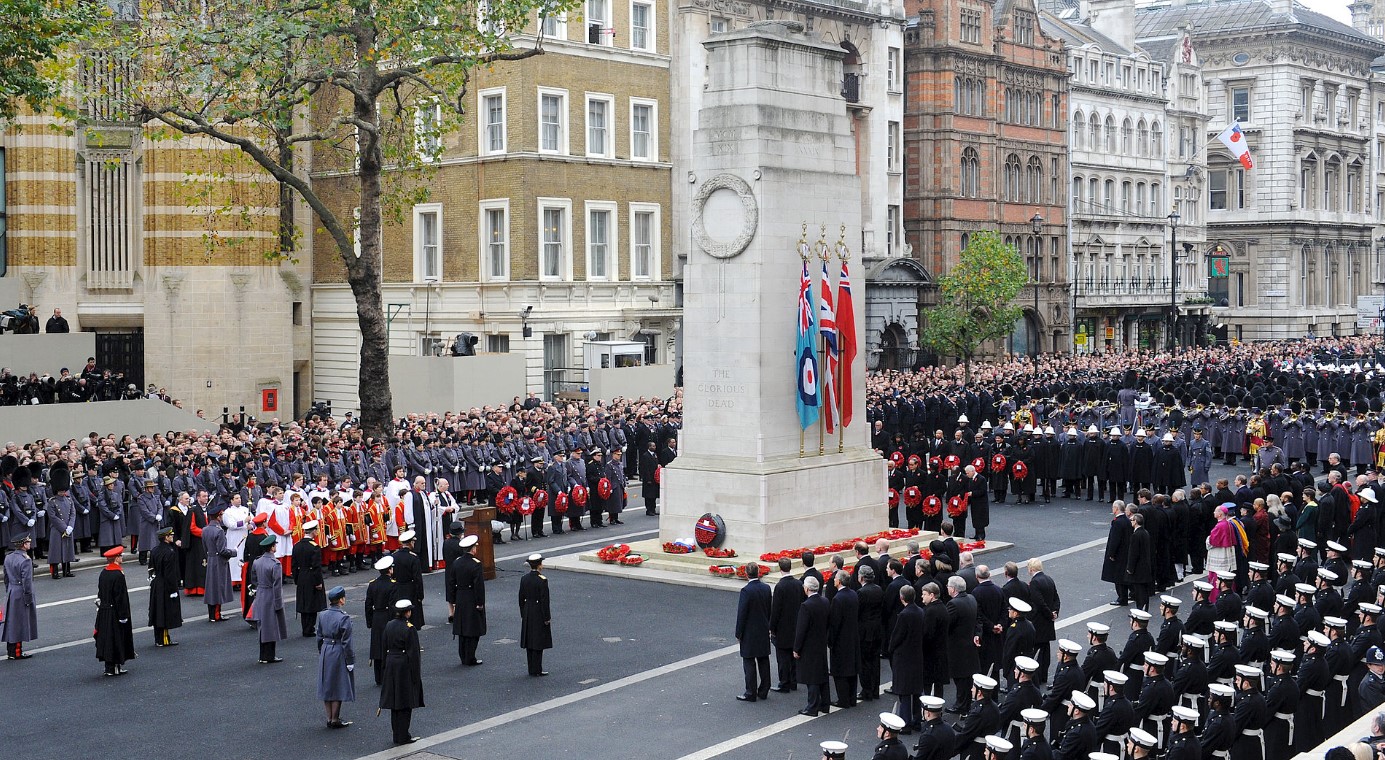 Fighting for BLM: Wreaths being laid at the Cenotaph during the Remembrance Sunday service in London. Wikipedia
London

According to Britain's Defence Secretary, the Second World War was fought to advance the notion that Black Lives Matter.

Wallace tweeted his support for Black Lives Matter rioters after they had defaced the Cenotaph war memorial in London. He said Allied soldiers had landed on the beaches of Normandy “so that Black lives would matter”.

According to Wallace, “76 years ago British , Commonwealth, French and US soldiers landed on the Normandy beaches. Thousands died. They did so to end fascism, they did so so that Black lives would matter. Perhaps those protesters who defaced the Cenataph [sic] should reflect on that.”

76 years ago British , Commonwealth, French and US soldiers landed on the Normandy beaches. Thousands died. They did so to end fascism, they did so so that Black lives would matter. Perhaps those protesters who defaced the Cenataph should reflect on that.

Wallace misspelt Cenotaph as “Cenataph”. The war memorial in Whitehall, London was unveiled in 1920 as the United Kingdom’s national memorial to the British and Commonwealth dead of the First World War, but was rededicated in 1946 to include those of the Second World War, and has since come to represent British casualties from later conflicts.

The Conservative Party has meanwhile descended into chaos. One influential Tory MP told The Spectator with a mixture of exhaustion and despair: “Please God, make it stop.”

Wallace is now the clear favorite over Rishi Sunak and Penny Mordaunt due to his “leadership on Ukraine”. Those who are promoting Wallace tend to be primarily interested in military spending and a larger war. This would be the only way to secure a next Tory victory.

“At the moment, the most likely result of the next election is a hung parliament with an anti-Tory majority. But the Tories should not take any comfort from this: Keir Starmer would not need a landslide. He would just need enough support to change the first-past-the-post voting system and enfranchise 16-year-olds. If he does, the Tories could be locked out of power for a generation,” argued James Forsyth, political editor.

Wallace told LBC radio as recently as a week ago that Ukraine was winning the war. He ascribed the victory to president Putin’s stature: “I certainly think Putin’s view of himself and the world is a small man syndrome, macho view. You rarely hear the phrase small woman syndrome. You always hear small man syndrome and he’s [Putin] got it in spades.”

Wallace said that if he had been leading an invasion as “disastrous as Putin’s assault on Ukraine”, he would have been fired or overthrown. “I would still say Ukrainians are winning,” he added only days before the Luhansk Oblast declared itself liberated from Ukraine.

“Russia has failed on all its major objectives. It is now reduced to a grinding advance of a few hundred metres every few days at massive cost in one small part of eastern Ukraine.

He has called for increased military spending.