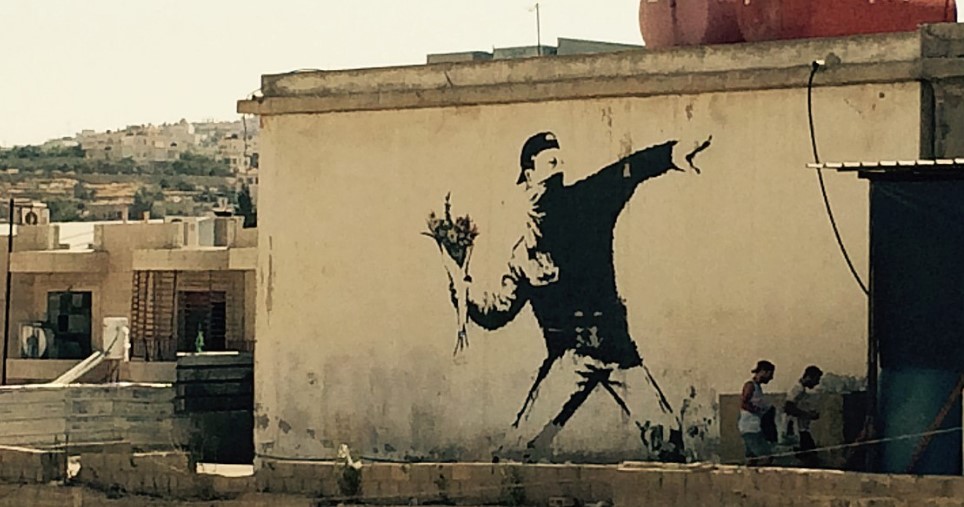 The same Banksy mural as in Bethlehem, Israel was used in the London store. Wikipedia

On the social network Instagram, the committed street artist called on his fans to steal clothes from the Guess shop in Regent Street, London, claiming that the store had used one of his works without his consent.

Is the Guess shop on London’s Regent Street about to be robbed? On his Instagram account on Friday November 18, the famous street artist called on his fans to go and steal the shop’s clothes, accusing it of having used one of his works without his permission, for the new collection called “Flower Thrower”.

“They are happily using one of my works without my consent. I think it’s only fair to do what they did and go steal their clothes,” he wrote on the social network, addressing his message to “all shoplifters”.

Underneath the post, one user thanked the graffiti artist for “raising awareness of the theft” of copyrights. “It’s no different than stealing material and yet… People act like they have a right to your work somehow. They just thought they could get away with it, which makes it so much worse,” he commented.

The brand had been transparent on its website, announcing its new range of clothing as having been made with “Banksy graffiti” and created in collaboration with a company that licenses the artist’s work. For the time being, the brand has not reacted to the artist’s appeal.

Robbers do not need any incentives to steal, however. Shoplifting in London is already so bad with shops robbed once every 15 minutes, according to police data.

Crime data from Police.uk shows there were 35 531 shoplifting offences in London in 2022 – the equivalent of 97 per day. The City of London was the second biggest shoplifting hotspot in the capital with 656 offences recorded.