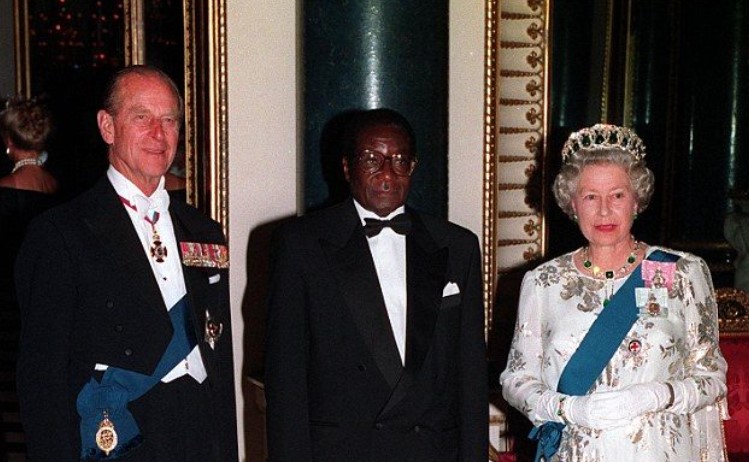 Mourning the Queen— But did Elizabeth II drop the ball?

It cannot be denied that Queen Elizabeth II of blessed memory partook in the decision to support the unchecked majority rule of the African National Congress (ANC) in South Africa, my homeland.

Like her Majesty at the time, most politicians and public intellectuals thought nothing of delivering South Africa into the hands of professed radical Marxist terrorists. Yet any one suggesting such folly to the wise Margaret Thatcher risked taking a hand-bagging.

The Iron Lady had ventured that grooming the ANC as South Africa’s government-in-waiting was tantamount to “living in cloud-cuckoo land.” (Into The Cannibal’s Post: Lessons for America from Post-Apartheid South Africa, p. 147.)

But what do you know? Queen Elizabeth did just that! Over Mrs. Thatcher’s objections, in 1987 the queen had bullied Prime Minister Thatcher to sanction South Africa.

And in 1979, noted British paleolibertarian Sean Gabb, the queen also muscled Mrs. Thatcher to go back on her election promise not to hand Rhodesia over to another bunch of white-hating black Marxists.

Most disquieting to decency: Although search engines are energetically scrubbing this fact from the Internet—the Queen had knighted Robert Mugabe. Mugabe was chief warlord of Zimbabwe, formerly Rhodesia (may that country rest in peace).

To quote Into the Cannibal’s Pot, the book aforementioned:

“By the time the megalomaniac Robert Mugabe was knighted by Queen Elizabeth II (1994)—and given honorary doctorates from the Universities of Edinburgh (1984), Massachusetts (1986), and Michigan (1990)—he had already done his “best” work: slaughtering some 20,000 innocent Ndebele in Matabeleland (1983). Western conventional wisdom was no wiser. (And the United Nations responded invariably by … condemning Israel.)” P. 134.

Mugabe was nothing if not consistent in his contempt for all life.

Question: What do you call a “person” who butchers and barbeques baby elephant?

Answer: A motherf–ker. Lowbrow Robert Mugabe, as Foreign Policy magazine had reported in 2015, “celebrated his 91st birthday followed by a lavish party with an exotic menu, reportedly including barbequed baby elephant.”

“Although the Queen is without executive function,” argues Gabb, “she never protested the theft of our ancestral rights. It was her duty to resist that theft, and to resist without regard for the outcome – and it was in her power to resist without bringing on her head any of the penalties. At no time in the past [seventy] years, has she raised a finger in public, or, it is probably the case, in private, to slow the destruction of an order of things she swore in the name of God to protect. … she has done nothing to sustain that identity in any meaningful sense.”

By Dr. Gabb’s telling, the queen could have also vetoed any parliamentary bill she disliked – and her veto could not have been overridden by any weighted majority vote of Parliament. As could she have protested that her subjects were lied into the European Union. She didn’t:

“The Queen has not sustained our national identity. … she has allowed many people to overlook the structures of absolute and unaccountable power that have grown up during her reign. She has fronted a revolution to dispossess us of our country and of our rights within it.”

“She should have resisted the numerous private agreements that made our country into an American satrapy. She should have insisted, every time she met her prime minister, on keeping the spirit of our old Constitution….”

That the queen had enormous moral and political sway is incontrovertible. Observe the impact of her passing on members of the British commonwealth and beyond.

The role of the monarch in England’s constitutional monarchy demands that, “Once the politicians make themselves, as a class, irremovable, and once they begin to abolish the rights of the people, it is the duty of the Monarch to step in and rebalance the Constitution. It is then that she must resume her legal powers and exercise them of her own motion.”

Had they been functioning as they were intended to; the monarchy and the House of Lords could have served as checks on the demotic and demonic forces of the United Kingdom’s “mass-democracy.”