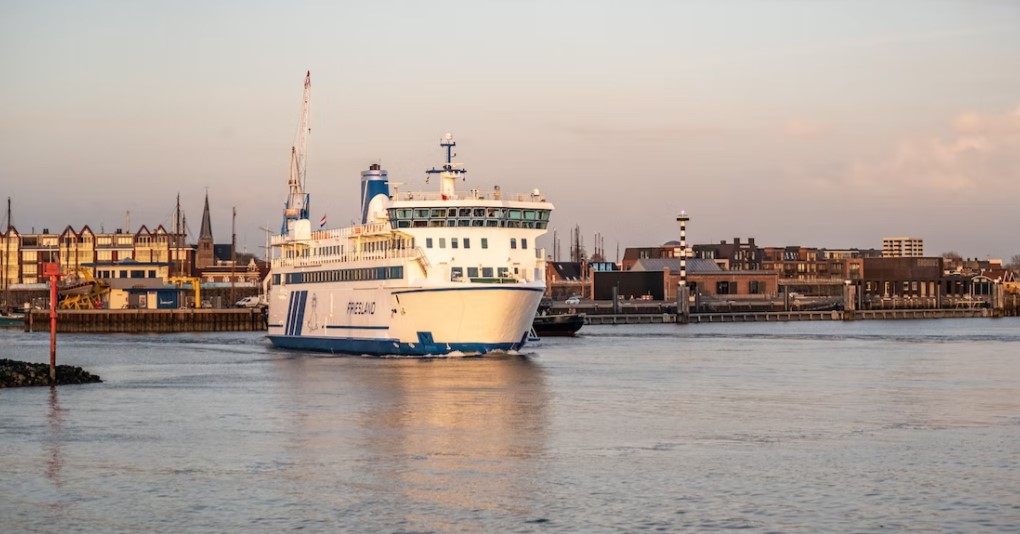 The 'Friesland' departs from the harbour of Harlingen, Netherlands. Photo credit: Melvin

The Netherlands tries to fight off asylum collapse

The Netherlands has been experiencing an onslaught of asylum seekers for months. In Amsterdam, no one knows what to do with the new arrivals, and communities are resisting, refusing to bear the brunt of Prime Minister Mark Rutte's failed asylum policy, but they are forced by law to take these people in.

Even locals in Amsterdam have housing problems, and therefore asylum seekers are now accommodated on cruise ships, which “park” in the ports of the capital until the applications are processed. That can take months and social conflicts are inevitable.

Last Monday the MS Galaxy entered Amsterdam West Harbour. A thousand migrants are to stay there for at least 6 months from October. The cruise ship Silja Europa docked in Velsen-Noord a week ago and 1000 asylum seekers can also be housed there until February .

The capacity of the MS Galaxy can be increased by 500 beds and the accommodation can go beyond 6 months. One can but assume the astronomical costs and social conflicts associated with this.

The Dutch immigration authorities (IND) can no longer cope with the flood of applications. Almost 30 000 unprocessed cases have been waiting to be processed, only 180 fewer than were pending after the peak of the migration crisis in 2015, data from Eurostat showed. In 2015, the country received an average of 10 000 applications per month, much more than it now receives.

The longer people have to wait for their asylum applications to be processed, the more accommodation is needed, said Dutch Refugee Council spokesman Martijn van der Linden. The country is currently stumbling from one crisis into the next.

In August, conditions were wild in the Ter Apel center in Amsterdam. Hundreds of asylum seekers lived there in emergency shelters. A team from Doctors Without Borders (MSF) had to rush to help to ensure medical care. Prime Minister Mark Rutte reacted like a “seasoned politician” and pretended that he had nothing to do with the deplorable “shameful” conditions. However, the problem that he had helped create, can not be solved in a few weeks or months.

Observers have no sympathy for Rutte’s stance. It would be better for him to be ashamed of his misguided admissions policy, which has caused difficulties for asylum seekers as well as for the Dutch, they maintain.

The governing party’s voters (the Party for Freedom and Democracy  or VVD, to which Rutte belongs) express increasing resentment because of the open border policy. Once the “refugees” arrive, the VVD does not know what to do and the municipalities are left with the burden of accommodating asylum seekers.

On August 22 this year, almost 25 VVD local politicians wrote to Rutte and Secretary of State for Asylum Policy, Eric van der Burg, calling for the “abolition of the new admission policy”, which forces the municipalities to take in migrants. This is one of the reasons why cruise ships are now being turned into asylum accommodation.

In any case, the Ministry of Defense had to set up a second registration camp on a military base. The Rutte cabinet also announced temporary measures to limit the flow of migrants, including halting the annual reception of 1 000 asylum seekers, agreed under a 2016 deal between the EU and Turkey. Visas for family members of people who do not have a home in the Netherlands have also been stopped. In the country – especially in the cities – there is a general housing shortage.

The housing shortage is real

FWM contacted a single inhabitant of Amsterdam who lives in a spacious, two-bedroom apartment and wanted to know what living conditions in general were like in one of the most densely-populated countries in Europe.

She explained that she had become too fearful to open the door to delivery people as they chide her for living in a space “too big for one person”. She was also regularly threatened, especially by immigrants, for not “sharing” her living space.

She added that she had stopped inviting friends and colleagues from work over to her home, since they invariably make snide and demeaning comments about her ample living conditions.