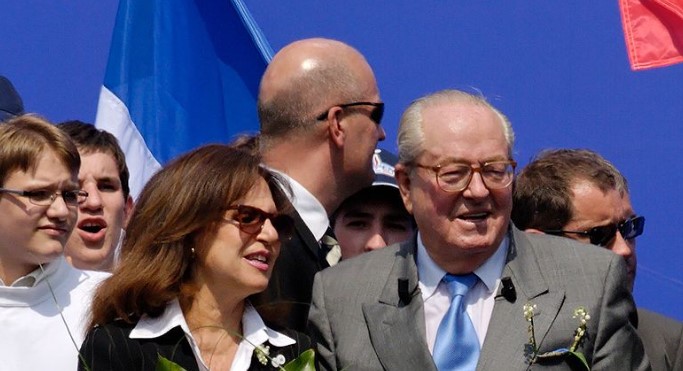 Together with his wife, Jean-Marie Le Pen at a FN rally. Wikipedia
Paris

On Thursday 15 December, the Paris Court of Appeal confirmed the acquittal of Jean-Marie Le Pen. The founder of the National Front was accused of provocation to racial hatred for comments made in 2014.

This appears to be the end of legal troubles for Jean-Marie Le Pen after the Paris Court of Appeal upheld the acquittal of the former leader of the National Front in the “oven” case, reported French daily Le Figaro.

The founder and former president of the party which has since become Rassemblement National, was accused of provoking racial hatred for comments made in 2014. He had replied in a video, about artists opposed to his party and its ideas, “we will cook a batch next time”. It is precisely for these remarks that Jean-Marie le Pen, 94, was finally released.

At the trial on 9 November, at the initiative of several anti-racist associations, such as the International League against Racism and Anti-Semitism (Licra), the former finalist in the 2002 presidential election had been accused by the lawyers of these associations of having made comments with “an intrinsically anti-Semitic and racist scope”.

Marie Mercier, counsel for SOS Racisme, also a civil party, considered that by targeting the singer Patrick Bruel in particular, “it is the Jewish community as a whole that [was] targeted”. The term “fournée” refers to “oven”, which refers to the genocide of the Jews,” the lawyer had pleaded, quoted by the daily.

Frédéric Joachim, Jean-Marie Le Pen’s lawyer, who was not present at the hearing, denounced “the nonsense of the procedure”, describing the civil parties as “scavengers” and “vultures” against “a 94-year-old man”.

In the end, the representative of the public prosecutor’s office, who had not appealed after the former politician’s acquittal in the first instance, acknowledged that “the remarks are not innocent in the mouth” of Jean-Marie Le Pen, but judged that “they cannot be the subject of a conviction”.

The court therefore ruled that it was not a call for discrimination and violence, but “a jubilation in front of an audience that is in favour of Jean-Marie Le Pen”. The 93-year-old former presidential candidate was not present when the judgment was handed down. But Jean-Marie Le Pen immediately declared “the facts outweighed the malice. I am delighted that in this case, which was obvious, the court has judged according to the law”.

During the trial, the prosecution had considered that Le Pen’s remarks constituted a “serious moral fault”, but had not presented any proof. His co-defendant Jean-François Jalkh, former editor of the FN website, was also acquitted.

These remarks had at the time triggered a flurry of condemnations and sowed discord within the FN. His daughter Marine Le Pen, then president of the FN, described it as “a political mistake”. The party’s co-founder was expelled from the movement in the summer of 2015, before being stripped of his honorary presidency at the March 2018 congress.

Jean-Marie Le Pen has been convicted several times by the courts. In 1993, he was fined for his 1988 pun, “Durafour crématoire”, aimed at the then Minister for the Civil Service, Michel Durafour. He was also convicted of “denying a crime against humanity” when he repeatedly referred to the gas chambers as “a detail in the history of the Second World War”.