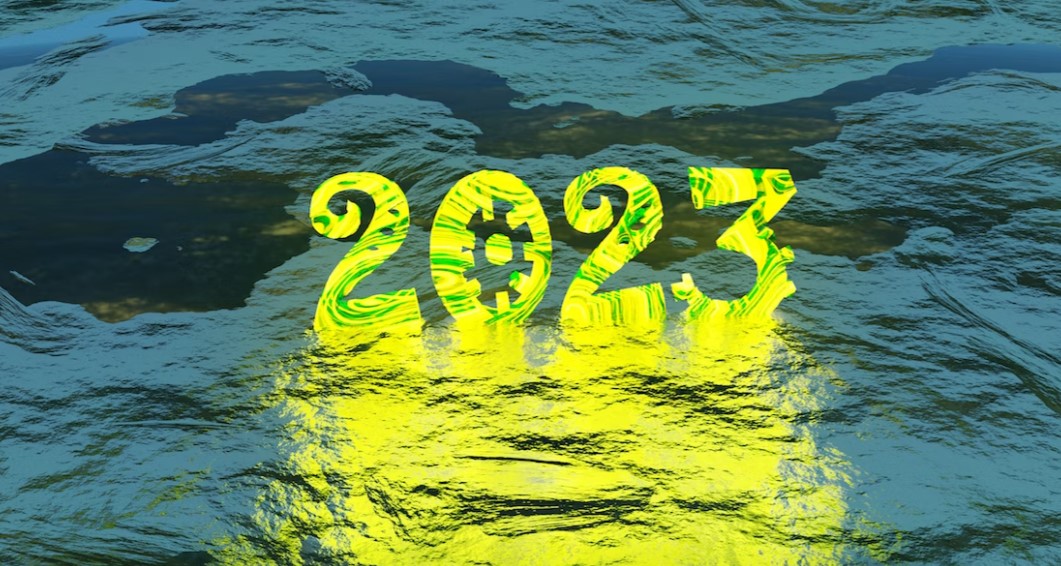 Happy New Year and I hope we survive 2023! Stay healthy, don't let anything get to you, don't bend over backwards and above all don't give up fighting for what is important and valuable.

Dmitry Medvedev, now serving as the deputy chairman of the Security Council of Russia since 2020, was once considered a beacon of hope by western liberals. Medvedev has however clearly said goodbye to this role. In June, for example, he openly speculated on his Telegram channel that “in two years” Ukraine might no longer exist on the world map.

Now Putin’s companion, who has turned into a hardliner, followed suit and compiled a list with a look into his crystal ball.

However, his forecasts are quite bleak for us. Among other things, they foresee a civil war in the USA, which will result in California and Texas becoming independent states. But he has good news for Elon Musk. According to Medvedev, the Tesla and Twitter boss could succeed US President Joe Biden.

“Everyone likes to make predictions before the turn of the year. Many make futuristic hypotheses and compete for the most unexpected or even absurd propositions. Let’s also contribute to this,” he wrote on his Telegram channel and put together a 10-point list that may not have been meant very seriously or at least he is trolling delusional British pundits hard.

His list of predictions includes, among other things, an oil price of $150 per barrel and a gas price of $5000 per 1000 cubic metres, the return of the UK to the EU and the subsequent breakup of the European Union.

In addition, Medvedev predicted that “Poland and Hungary will conquer western regions of former Ukraine,” “the Fourth Reich based on Germany and its allies,” and a subsequent war of this union with France, followed by the partition of Europe and “the new partition of Poland”.

Finally, he wishes his “Anglo-Saxon friends” and their allies “a Happy New Year”.

Meanwhile, President Zelensky has signed a media law, the draft of which had previously caused widespread horror.

This same “leader” is the Anglo-Saxon poster child for “democracy”. One can start to sense why the West is being trolled by some Russian authorities – reality is in short supply.

According to the government in Kiev, this law aims to bring Ukrainian legislation into line with EU law and also to combat Russian propaganda. Journalists’ associations in Ukraine and Europe see things very differently. This is about censorship that is diametrically opposed to European values, they have been warning for months. According to this, Kiev has a lot of catching up to do in terms of European values – and with the new media law it has moved even further away from them.

Media reform is among the EU’s conditions for starting negotiations on Ukraine’s EU accession. The EU demanded that Ukraine pass a law to combat the influence of interest groups on the media.

The law that Zelensky signed shortly before the turn of the year supposedly wants to take this into account, but in fact it drastically expands the powers of the national media supervisory authority. The authority can therefore close news sites that are not officially registered as media without a court order.

In July, the European Union of Journalists asked the Ukrainian authorities to withdraw the draft media law. The law contains “many provisions that run counter to European values”. The association warns: The law “proposes to give the national regulator, the National Broadcasting Council, arbitrary and disproportionate regulatory powers that should apply not only to audiovisual media, but also to print and digital media”.

Secretary General of the Association Ricardo Gutierrez added: “The compulsory regulation in the hands of a fully government-controlled regulator, as envisaged in the draft law, is worthy of the worst authoritarian regimes. It must be taken back. A state applying such provisions simply has no place in the European Union.” Media regulation “should be carried out by a body independent of government, and its aim should be media independence, not media control”.

The Committee to Protect Journalists said in July that the law “risks curtailing press freedom in the country and will remove it from European Union standards.”

In September, the National Association of Journalists of Ukraine was even clearer: the law was “the greatest threat to freedom of expression in the independent history of Ukraine”. The union added that passing the law could cast “the shadow of a dictator” on Zelensky.

According to Ukraine’s Institute for Mass Information, under the law the media regulator is likely to be controlled by the incumbent authorities, since its members are appointed by Zelensky and the Ukrainian parliament, in which his party has an absolute majority because he has banned all other parties.