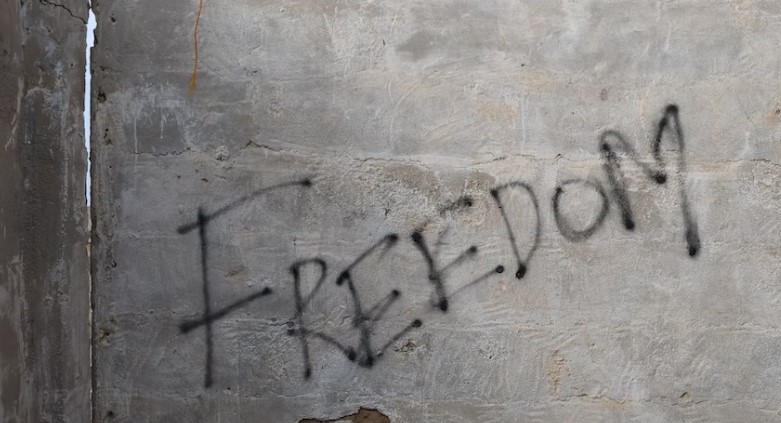 The Allensbach Institute for Public Opinion (IfD) published a widely acclaimed study on Thursday, according to which a narrow majority of Germans do not feel free.

There are slightly more people in the East and fewer in the West who miss freedom of expression. The result of a survey of 1006 representatively selected people aged 16 and over in Germany in November and December 2022 is in obvious contradiction with the official political position of the Scholz administration.

It has always been maintained that the Federal Republic of Germany was the freest state that ever existed on German soil. But this poll result evidently showed that some things do not add up.

The editor-in-chief of the German daily Welt, Anna Schneider described the problem in a nutshell: “Anyone can say anything, but he takes the risk of dying a social death.”

In the GDR, freedom of expression was the freedom of communists to be allowed to vote for the dictatorship of the proletariat. In today’s Germany, it is the freedom of the political and media class to discuss multiculturalism and immigration within the allowed narrow space of opinion – but not to reject both outright.

For example, anyone who claims that the multicultural utopia has failed, is socially and politically marginalized and targeted by the secret services if they express themselves outside of private contexts or even dare to organize politically. The idea of ​​a free democracy has long since been replaced by the concept of a moral dictatorship.

Apparently, according to this poll, at least a narrow majority of Germans have understood that. And at least this insight allows a little hope, because the insight into one’s own lack of freedom is not yet a political upheaval, but a mandatory prerequisite for any successful counter-movement.

The poll may be a reflection of Germans facing the reality of ill-conceived policies, including Green promises of a utopian energy transition and counter-productive sanctions.

The Austrian Defense Minister Tanner (ÖVP) has warned of large-scale power failures in the EU soon. She told the same news outlet Welt in an interview that the likelihood of a blackout in parts of the EU in the near future was very high.

“The question isn’t if it’s coming, it’s when it’s coming,” said Tanner. She emphasized that the risk of a widespread power failure had increased significantly as a result of the war in Ukraine.

“We shouldn’t pretend that this is just a theory. We have to prepare for blackouts in Austria and in Europe,” said Tanner, adding “that a third of the population would no longer be able to take care of themselves by the fourth day of a power blackout at the latest”.

Unlike in Germany, people in Austria are at least preparing for the impending emergency – the Austrian army wants to set up a total of 100 self-sufficient barracks by 2025, which can operate for two weeks independently if necessary. In addition, there will be so-called security islands, which “can be contact points for civilian helpers and law enforcement officers” in an emergency.

The mainstream German news magazine Der Spiegel has been the pinnacle of this moral dictatorship: It has again been accused of faking the alleged death of a “refugee girl”. There are many indications that the migrant child “Maria”, who allegedly died while fleeing, never existed.

After the so-called “Relotius affair” in which its star reporter Claas Relotius, had invented reports (“The Last Witness”) for years, there has been little improvement. Even after the internal control instances were strengthened and the documentation department was reorganized, the magazine continued to publish fake stories.

In the alleged case of a refugee girl who died while trying to escape, none of these measures seemed to have worked.

In the report from the Turkish-Greek border area, Spiegel also made serious allegations against the Greek government because it could have prevented the child’s death. Athens immediately raised doubts about the story – but nothing happened.

Now, months later, the magazine has admitted that it made serious mistakes. Did little “Maria” even exist? The mother is said to have always spoken of her five children, Maria was a twin. In fact, only photos of the woman with four children exist. Maria’s alleged birth was not recorded in a Syrian register until three months after her alleged death. With the right connections, this can be done for $50.

And the inconsistencies continue: According to Spiegel, the place where the allegedly deceased child was buried could not be found because the parents could not remember it. In contrast to what is customary in Islamic rituals, a tombstone was not placed there either so as not to disturb their daughter’s peace, they claimed.

The original reports about the case of the allegedly deceased “Maria” are no longer on the website because too much had to be corrected. The founder of the industry service Medieninsider, Marvin Schade, commented: “I’m curious to see what consequences Der Spiegel will draw from this. That should not have happened. The highest standards are useless if all control mechanisms fail.”