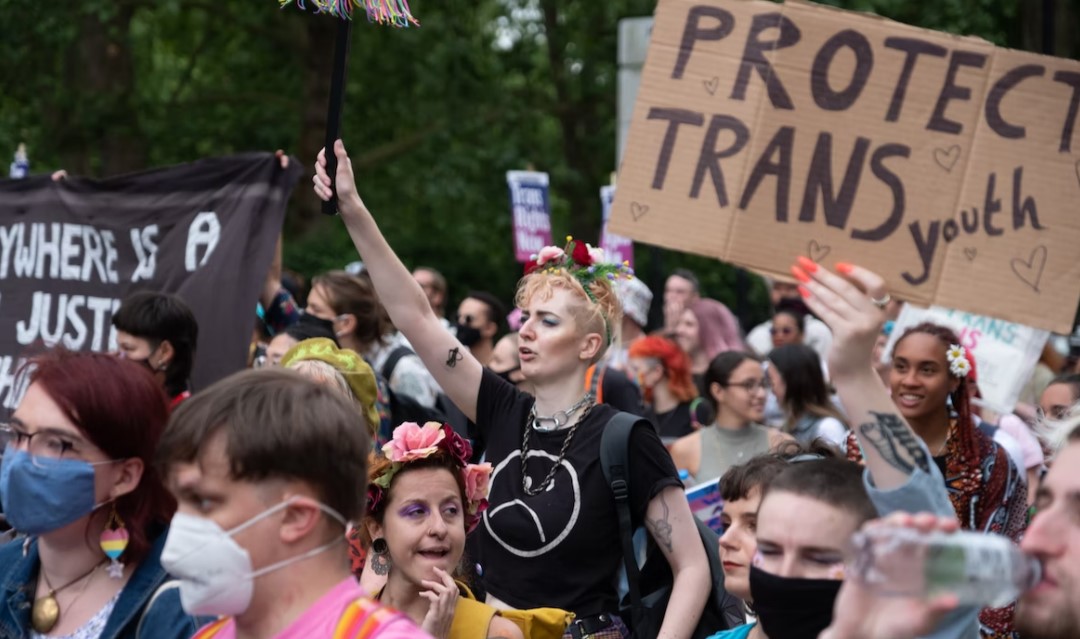 Clinics around the world follow guidelines from the Netherlands for gender treatments in children. The basis for this is, among other things, a much-criticized study sponsored by a German hormone manufacturer.

More and more children and young people believe they have to question their gender identity. Some 60 minors were treated in the Netherlands in 2010, but has increased to around 1 600 last year. Another 1 800 people under the age of 18 were on the waiting list because gender clinics in the country are full.

Institutions around the world use a standard procedure developed in Amsterdam in the 1990s when it comes to the drug treatment of supposedly transsexual children.

A report by the Dutch newspaper NRC Handelsblad has meanwhile cast doubt on the directive and the independence of gender research at the Amsterdam UMC hospital. As strict as the conditions for treatment may appear, several complications have been overlooked: The terrible side effects of the heavy drug has been brushed off by doctors as being the lesser evil.

The approach with puberty inhibitors has since been known internationally as the “Dutch protocol”. The protocol has become the basis for the “gender-affirming standard of care” used throughout the world. Tens of thousands of children are affected worldwide, and in the Netherlands certainly several hundreds, although no precise figures are available.

Scientists investigated whether hormone treatment in transsexuals is more successful if their puberty was initially suppressed with medication. The sponsor of the study was the German hormone manufacturer.

Ferring Pharmaceuticals, the company that markets the drug Triptorelin as a puberty inhibitor had a strong commercial interest in the outcome. Primarily, treatment relies on administering hormones from the opposite sex: men are given oestrogen to become more feminine, women testosterone to become more masculine. But teenagers are additionally administered puberty inhibitors, which prevent boys from developing a low voice and beard growth and girls from developing breasts and other feminine shapes.

There are many criticisms of the study. Questionnaires were inconsistent, there was no control group at all, and the researchers used random samples from the 196 treated children for the results.

Several countries are moving away from ‘puberty blockers’

In the meantime, there is objection in more and more countries to the treatment of children with “puberty blockers”. Not only are they said to impair the physical sexual development of minors, but they can also cause osteoporosis, anorgasmia and infertility. According to the NRC, the drug is said to sometimes even impair the ability to make rational decisions.

Worldwide, there is increasing criticism of the scientific content and non-existent empirical basis of the Dutch protocol developed at the gender clinic of the Free University of Amsterdam. In several countries, health authorities have already decided to treat children mainly psychologically and prescribe puberty inhibitors only exceptionally. In Sweden, they concluded that “the risks currently outweigh the possible benefits” and spoke of possibly the country’s “worst medical scandal”.

In the UK, criticism of the Dutch protocol was so serious that the Tavistock gender clinic, the largest in the world, was closed by the authorities.

Sweden, Finland and Great Britain only want to prescribe the drug in rare, particularly severe cases. Instead, they are increasingly relying on psychological support for patients.

Since February last year, Sweden’s National Board of Health and Welfare has followed the Karolinska Institute’s policy regarding hormonal interventions for gender-dysphoric minors. Karolinska’s pediatric gender services at Astrid Lindgren Children’s Hospital (ALB) has ended the practice of prescribing puberty blockers and cross-sex hormones to gender-dysphoric patients under the age of 18.

In the US, Texas Attorney General Ken Paxton has been investigating two pharmaceutical companies for advertising puberty blockers to children. This is a condition they are not approved to treat.

In December, Paxton announced investigations under the Texas Deceptive Trade Practices Act into Endo Pharmaceuticals and AbbVie Inc., the two companies that sell puberty blockers. The drugs were approved to treat precocious puberty and forms of prostate cancer but were being marketed and prescribed off-label to treat gender dysphoria.

“These drugs were approved for very different purposes and can have detrimental and even irreversible side effects,” Paxton said. “I will not allow pharmaceutical companies to take advantage of Texas children.”