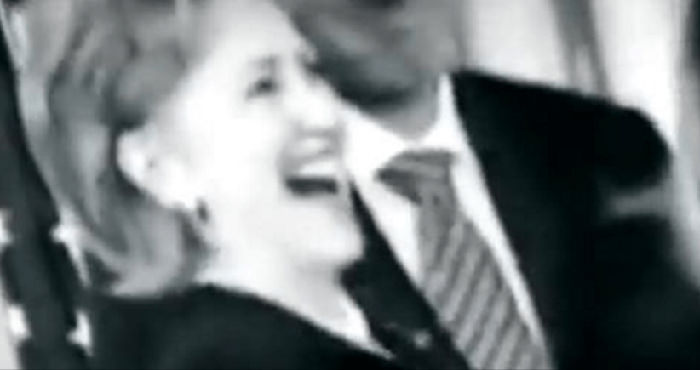 The Clinton campaign is literally conspiring to keep the population dumb, and they admitted to it.

Julian Assange promised an “October surprise” that would derail Hillary Clinton’s campaign. Now, the founder of the activist online publishing platform Wikileaks, has finally delivered on his promise.

The newest leak, which primarily consists of e-mails from 2015, exposes more about John Podesta and the Clintons. The latest batch comes mere days after publishing excerpts from what appear to be Clinton’s paid Wall Street speeches.

In a rant to longtime Clinton confidant, John Podesta, another Clintonite laments the fact that the sheeple have started to wake up and panic has set in over the inability of the Democrats to keep the public in the dark.

The email was written by Bill Ivey, a trustee of the Center for American Progress, one of Clinton’s campaign fronts. He was also involved with the Obama presidential campaign in 2009.

Here’s what’s said in the email:

[W]e’ve all been quite content to demean government, drop civics and in general conspire to produce an unaware and compliant citizenry. The unawareness remains strong but compliance is obviously fading rapidly. This problem demands some serious, serious thinking – and not just poll driven, demographically-inspired messaging… I fear we are all now trying to navigate a set of forces that cannot be simply explained or fully understood…

“The leftist media, the Clintons and the Obama regime are all conspiring to keep citizens in the dark,” says Mike Adams from naturalnews.com

Adams says it is no longer a “kooky ‘conspiracy theory’ that the Clintons and media are desperately working to keep people uninformed but obedient”.

The leak goes a long way to explain the animosity against Trump and why the Bushes would be siding with their political enemies in the Democratic Party to get rid of Trump. Trump is the ultimate outsider who is not part of the Washington conspiracy.

The political establishment can only stay in power by keeping their narrative alive. If they fail, they will lose their dominance, Adams argues.

“That is why the leftist media is 100% scripted,” Adams added. He says media is therefore directed to create a certain contrived, engineered reality in the minds of the masses. The only way for them to maintain their grip on power, is to foster an “unaware and compliant citizenry” he says.

The leaks illuminate the inner workings of Clinton World and the ugly power-hungry machinations of the former secretary of state’s presidential campaign, while quite a few exchanges focus on Clinton’s entrenched ties to big banks and the establishment.

In an email sent April 11, 2011 and titled “Re: Conservative Catholicism,” it shows a discussion among Podesta, Director of Communication Jennifer Palmieri and John Halpin of the liberal Center for American Progress (CAP).

Halpin writes to Podesta, “Many of the most powerful elements of the conservative movement are all Catholic (many converts) from the SC [Supreme Court] and think tanks to the media and social groups.”

It continues, “It’s an amazing bastardization of the faith. They must be attracted to the systematic thought and severely backwards gender relations and must be totally unaware of Christian democracy.”

Podesta answers, “Excellent point. They can throw around ‘Thomistic’ thought and ‘subsidiarity’ and sound sophisticated because no one knows what the hell they’re talking about.”

Palmieri interjects, “I imagine they think it is the most socially acceptable politically conservative religion. Their rich friends wouldn’t understand if they became evangelicals.”

But while attacking Christians, the leaks also expose the Clinton administration’s relationship with the Islamic State. One reveals the presidential candidate identifying Saudi Arabia and Qatar as “financial and logistic” supporters of the terrorist group.

Saudi Arabia has previously been accused of funding other terrorist organizations, such as Al-Qaeda and the Taliban. The kingdom also has a policy of torture and public executions, not entirely dissimilar to the actions of ISIS.

ISIS and Al-Nusra may not be the only groups benefiting from Gulf state money. In May it was reported that Muslims in Kosovo were being indoctrinated into Wahhabism by extremist clerics who received funding from Saudi Arabia, Qatar, Kuwait and others.

Saudi charities began popping up in Kosovo following the unrest of the Balkan wars and offered to rebuild mosques and provide assistance in exchange for following stricter Islamic rules, such as requiring women to wear headscarves.