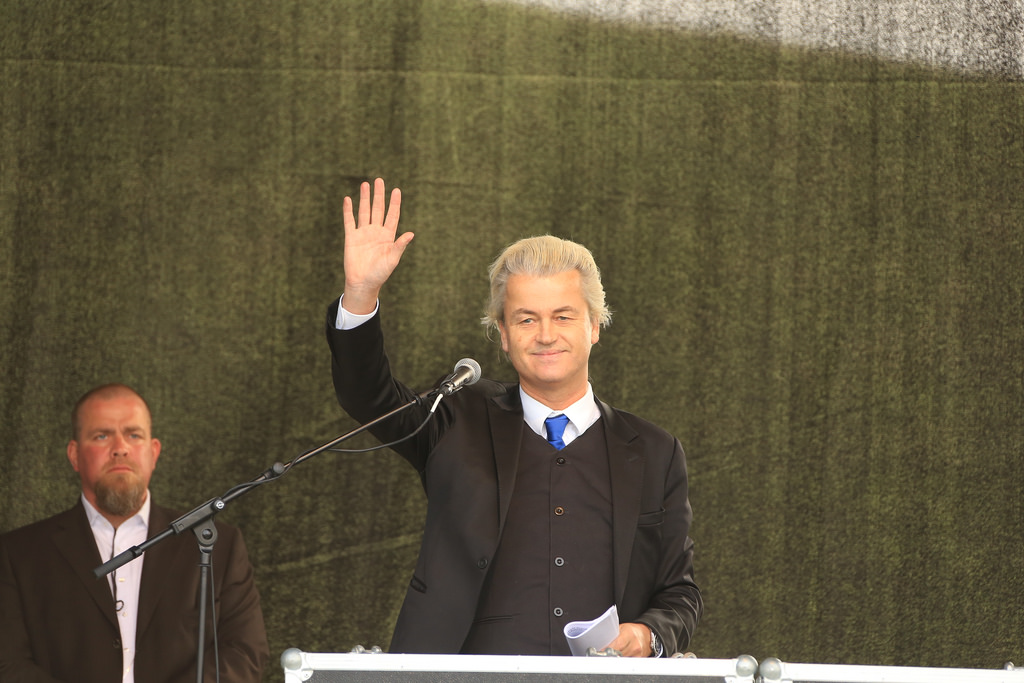 Geert Wilders, leader of the most popular party in the Netherlands, the anti-Islam opposition Freedom party, said on Friday that he refuses to attend his trial next week.

Wilders is accused of discrimination and “inciting racism” in remarks made on live television in 2014 when voters chanted in response that they wanted fewer Moroccans in the Netherlands.

Wilders called the hearing “a travesty”.

“Next Monday, the trial against freedom of speech begins. Against a politician who says what the politically correct elite does not want to hear,” Wilders wrote in a statement. “This trial is a political trial, in which I refuse to cooperate.”

Wilders accused the Dutch elite of glaring ouble standards after the prime minister, Mark Rutte, said men of Turkish descent who attacked journalists in Rotterdam should “fuck off”.

“It is my right and my duty as a politician to speak about the problems in our country,” Wilders said on Friday, renewing accusations that it was a political ploy. “I have said nothing wrong,” he added.

The trial will start on Monday before a three-judge bench and is expected to last until 25 November, at a high security court in Schiphol

In March 2014, at a local government election rally, Wilders asked supporters whether they wanted “fewer or more Moroccans in the city and in the Netherlands”.

When the crowd shouted back “Fewer! Fewer!” a smiling Wilders answered: “We’re going to organise that.”

His defence will be left in the hands of his legal team led by Geert-Jan Knoops, and Wilders has said that he would be “going to work” by attending parliamentary sessions in The Hague.

“It is a travesty that I have to stand trial because I spoke about fewer Moroccans,” Wilders said in a statement on Friday.

“If speaking about this is punishable, then the Netherlands is no longer a free country but a dictatorship.”

While Rutte and other politicians express strong views on Dutch citizens with foreign roots without being hounded an prosecuted, the elite want Wilders “silenced by the court” he said. He vowed to continue to speak his mind.