For the first time the European Freedom Awards was held at Grand Hôtel in Stockholm on November 4th, with guests from several European countries. The Freedom Award 2016 was awarded to the former Czech president Václav Klaus, who was greeted with a standing ovation.

The ceremony, with more than 400 guests, was surrounded by high-level security, especially since leftist activists had made online threats to disturb the event. Jenny Bengtsson, head of the Union of Hotel and Restaurant Employees, had called for a boycott of the hotel and also claimed that the hotel staff had expressed concerns about the Sweden Democrats presence.

Nya Tider talked to several of the people working at this event to ask if they felt any anxiety, but they mostly laughed at Jenny Bengtsson’s claims.
– The guests are nice, well-dressed and respectful, a waiter says. He goes on to say that talk of worries about the event sounds made up.

Before the dinner and entertainment a press conference was held, where members of the European Parliament party group Alliance for Direct Democracy in Europe (ADDE) signed the ”Stockholm declaration”, a document where the signees promised to defend the cultural values and national traditions of Europe, reduce taxes, decrease immigration and fight radical islam whenever it threatens our civilization.

The Sweden Democrats had tried to book the Blue Hall of the Stockholm City Hall, where the Nobel Banquet is held each year. The City Hall declined however, stating that they were not able to guarantee the safety of the staff, although the Nobel Banquet receives dignitaries from many countries. The event was financed by the European think tank ” Initiative for Direct Democracy in Europe” and the party group ADDE. 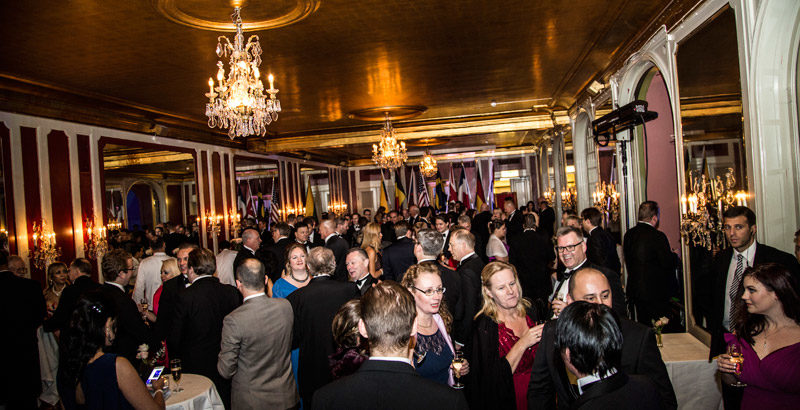 The media campaign against the event was characterized by new lows. The left-wing website ETC pointed out that the German National Socialist Rudolf Hess had made a speech at the same hotel 81 years earlier, a far-fetched link that was later picked up by other papers.

On Thursday afternoon, the day before the event, the campaign targeted the Facebook page of the Grand Hôtel, where hateful comments were posted and people gave the hotel the lowest possible rating. The average score thus fell from 4,6 to 2,8 within hours. The left-wing website Politism, financed by the Swedish Trade Union Confederation, also called for people joining this campaign:
”Whoever wants to express dissatisfaction with the way the hotel has acted should go to Google and TripAdvisor and review the hotel there too. Then also international visitors will see the choices made by the Grand Hôtel.”

On Friday morning, the editor-in-chief of the major daily paper Dagens Nyheter tweeted triumphantly:
”Grand Hôtel seems to get a serious problem with its brand name.”
The Facebook action initiated by the left was soon countered by support for the hotel, which surpassed the initial hostile visits and drove the average up to 3,2.

The event itself went according to plan and prominent guests, such as Nigel Farage from UKIP and the award recipient Václav Klaus, were met by intense cheers. One reason for calling this award ceremony ”The alternative Nobel Prize ceremony” is that the leader of the Sweden Democrats is not, unlike all other political party leaders, invited to the actual Nobel Prize ceremony. 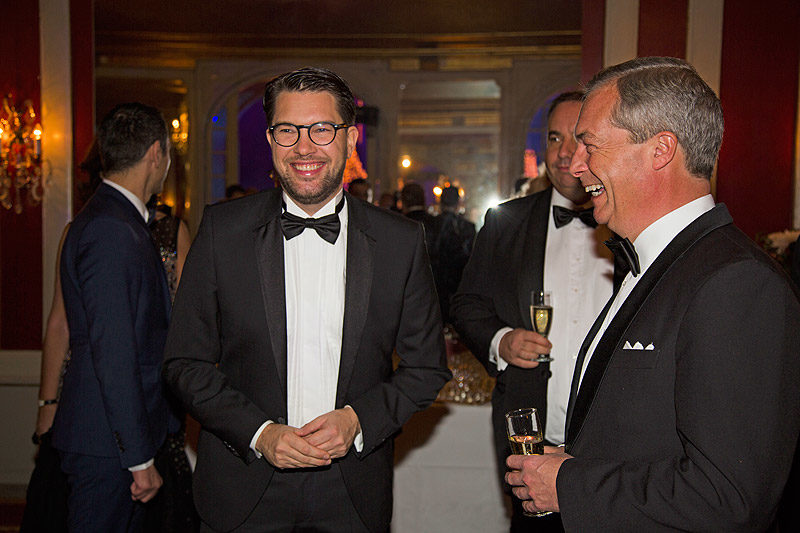 On Sunday Grand Hôtel caved under the pressure by publicly apologizing for letting the event take place at their hotel, and promised to scrutinize the “values” of anyone who may want to book the hotel in the future. Manager Pia Djupmark assured the media that this move had nothing to do with fear of negative publicity, but soon a recording from a phone conversation with the Sweden Democrates surfaced. In the discussion, that followed media reports when the party first booked the event, she was asked why there is a problem having them there, but not representatives from regimes that behead people, and replied:
– This has been covered quite a bit by media. That’s why people react. That’s why my customers and my guests react. They wouldn’t have thought about it otherwise.

We the Leaders of the Alliance for Direct Democracy in Europe (ADDE) undertake the following commitments to you the people of Europe, who should be free and sovereign: