A Swedish weekly has revealed figures from Statistics Sweden that show that in as many as 18 municipalities, children with two Swedish-born parents are already a minority. Minority status for Swedish newborns now prevail in large cities such as Malmö, Helsingborg and Eskilstuna, but also in rural municipalities such as Lessebo, Hylte and Fagersta.

“My research shows that Swedes will be in the minority in 2065, in 45 years. Around the turn of the next century, Muslims will be the largest population group in Sweden,” Kyösti Tarvainen, PhD and Associate Professor Emeritus in Systems Analysis at Aalto University in Helsinki, told Nya Tider.

In the 18 municipalities, the proportion of newborn children who have two Swedish parents is now below 50 percent. And large cities such as Malmö (40 percent), Helsingborg (48 percent), Eskilstuna (49 percent), are not the only ones seeing a decline, but also smaller municipalities.

Moreover, in almost half of the country’s municipalities (124) the situation is almost as bad. Here, the proportion of children with Swedish-born parents is between 50 and 70 percent. Gothenburg (51 percent), Stockholm (57 percent) and most other major municipalities in the country fall in this range. 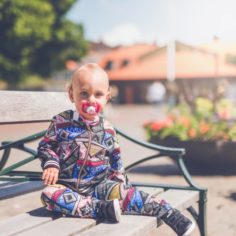 Swedish toddler in Varberg. When he grows up, he will be part of the minority population. Photo: Janko Ferlic

Only in two municipalities in the country, the proportion of children with Swedish parents are over 90 percent. These are Hammarö in Värmland and Ydre in Östergötland, one of the country’s smallest municipalities.

However, it is not known whether these immigrants were Norwegians or Somalis because this information is not made public, and therefore it has been difficult to compile data that is truly accurate.

But Tarvainen agreed with the data analysis done by Nya Tider: “Your figures are similar to what I found in my research. The statistics clearly show that the exchange of population is taking place all over the country. No one can deny it anymore.”

Swedes will be confronted by the inevitable: “They [Muslims] will be the dominant force in more and more municipalities. My calculations have shown that the average for a municipality is 68 percent Swedes, and the median is 70 percent,” Tarvainen noted. 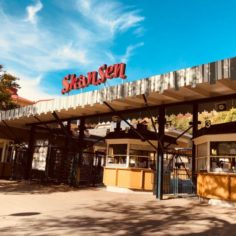 Skansen is the world’s oldest open-air museum, showcasing the history of Sweden with houses and farmsteads from every part of the country. The programme of activities includes singing, dancing and concerts in summer, and Christmas markets in the winter with dancing around the Christmas tree and concerts at Seglora Church. Photo: FWM

In just 20 years, those born in 2019 will have children themselves, and since immigrants generally give birth to more children than Swedes, their numbers will increase faster and faster. Tarvainen believes that the Swedes will lose their majority in Sweden in just a few decades:

“My demographic calculations show with two different methods that Swedes will be in the minority in 2065, that is in 45 years.” He has recently sent out a letter to all 349 members of parliament in Sweden warning of this development.

“I sent my calculation to all members of parliament in Sweden. I have been sending similar reports for five years in a row. No one answered, except a Social Democrat once who wrote: “Why do you write in English when Swedish is the official language in Finland?”.

Although many have read his warning, he has yet to receive a response. Tarvainen said the persistent silence was quite peculiar.

He has called for “radical changes in immigration policy” to reverse demographic trends.

“What is the reason behind the fall of the Swedish nation state? It is the misconception that opposition to population exchange would be racism. It is not. Every country has the right to its own nation state. A civilized country can take care of minorities, but not if they grow so large that they replace the indigenous population. If ethnic Swedes become a minority, the population with a foreign background will open the border to more of their own – and a total collapse will occur.”

1. Refugee immigration only from neighboring countries
2. Stopping the immigration of relatives for non-Westerners
3. A total ban on Muslim immigration
4. Return of Muslims who have immigrated after 1970

“If Muslims become a majority, they will take power in society. When they are in the majority, they decide exactly everything through sharia law. It’s about halal food, clothing, changing the Swedish flag whose cross Muslims hate; Islamic holidays instead of Christians; five daily prayer eulogies from minarets; the adoption of Islamist human rights (Cairo Declaration), where rights are subject to sharia; acceptance of polygamy and violation of other women’s rights; inequality between Muslims and non-Muslims; partial shift of democratic decision-making due to decisions based on Islamic doctrine; cessation of freedom of expression; complete adaptation of school education to Islam; full alignment of foreign policy in support of other Islamic states,” Tarvainen warned.

He said he was mainly concerned about Muslims because Islam is not just a religion but a political ideology that claims to govern the whole society.

“I focus mainly on Muslims because it is easy for everyone to understand their harmful effects on society. It is an objective observation that Islamic and Western cultures are incompatible and competing cultures. Therefore, let there be peaceful competition between Western and Muslim countries, in the same way as there used to be between the communist countries and the democratic west. It would be wrong for Islam to be allowed to win in Western democracies solely because of the higher fertility of Muslims living in the West.” 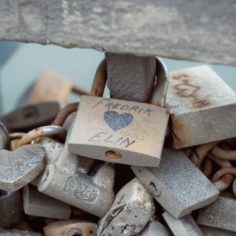 Swedish names – bound to disappear within a few decades – locked on a bridge in Stockholm. Photo: Gemma Evans

Tarvainen agreed with Professor Paul Lillrank, also a Finnish academic affiliated with Aalto University, who has stated that Sweden has become a security risk for other Nordic countries. “With a Muslim majority in Sweden, no other country will accept free movement to and from Sweden. Nordic co-operation is collapsing.”

Tarvainen also believes that it is impossible for many immigrants, from simple and underdeveloped countries, to become part of an advanced society like Sweden. Return should therefore also be highlighted as not only the Swedes, but also many of the returnees benefit from it.

“The main thing is the naivety of Swedish politicians. After World War II, we developed our societies, and we also wanted to develop other countries. We introduced aid and wanted to help them in different ways. One way to ‘help’ other countries was to receive immigrants. After World War II, we had conventions for Europeans fleeing communist countries. The same conventions are now being abused for completely different purposes, such as overseas mass immigration.” Tarvainen believes that these conventions have served their purpose and that today they prevent important measures.

“The first thing we must do is leave all conventions. EU, UN, other… and it must be justified by demographic reasons. When we are about to become a minority in our own countries, we have the right to abandon all these conventions.”

The only real debate in the country about the dire effects of immigration is currently led by the Alternative for Sweden party.