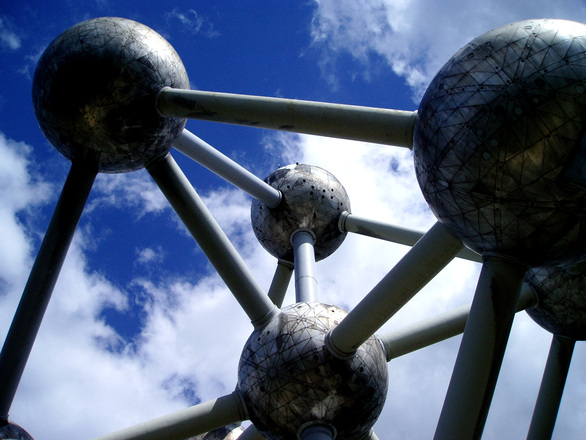 What democracy? Brussels has trampled all over the result of a massive Dutch referendum on freedom of movement by rubber stamping visa-free access for 40 million Ukrainians.

The decision is a hard slap in the face of Dutch citizens.

The Dutch Electoral Council had to bow to a citizens’ initiative for a referendum on Ukraine after over 400,000 signatures were gathered in 2014. In the referendum that followed in April 2016, more than 60 per cent of voters rejected a deal for closer ties between the EU and Ukraine. Of the 38 per cent that agreed, most did not want a deluge of Ukrainians to their country anyway a later poll showed.

The petition was organised by GeenPeil, a cooperation between GeenStijl, the Burgercomité EU (Citizens’ Committee EU) and the think tank, Forum voor Democratie. Thierry Baudet, chair of the think tank, has labelled the EU a “foreign occupying force”.

Baudet, together with the public face of GeenPeil, Jan Roos, a GeenStijl journalist, launched a campaign in which the Dutch government suffered an embarrassing defeat as voters overwhelmingly rejected an EU deal with Ukraine. The elite tried to smear them as “Poetinvriendjes” [Putin’s buddies] with little success. The vote was seen as a test of public opinion, just before British citizens decided whether to leave the EU.

But Eurocrats extended their long and deservedly ignominious record of totally ignoring a free and fair democratic vote to plough ahead with their elitist plan.

Despite fierce public opposition, senior EU officials ignored the referendum result and forced through what they wanted anyway: Waive visas for Ukrainians in a move bound to infuriate Dutch voters and boost support for eurosceptic parties further.

In a display of stunning arrogance, 40 million Ukrainians who will now be able to make “short visits” to the bloc.

Peter Javorcik, the EU ambassador for Slovakia, which now holds the EU’s rotating presidency, said: “I am delighted that our decision is able to send a positive message in the run up to the EU-Ukraine Summit on 24 November.” The decision from Brussels comes just one day after the Ukrainian parliament whined about visa-free travel to the EU.

Hundreds of thousands of people have already fled their homes due to a Soros-led coup in eastern Ukraine, with local residents enduring untold suffering. The UN refugee agency confirmed on August 20 that 400 000 residents have been displaced.

Meanwhile the US Treasury Department announced that it would be introducing more sanctions against several Russian lawmakers in Crimea, but a lawmaker suggested that punishment should be meted out to billionaire George Soros, Ukrainian President Petro Poroshenko and a number of Obama administration officials involved in destabilising Ukraine instead.