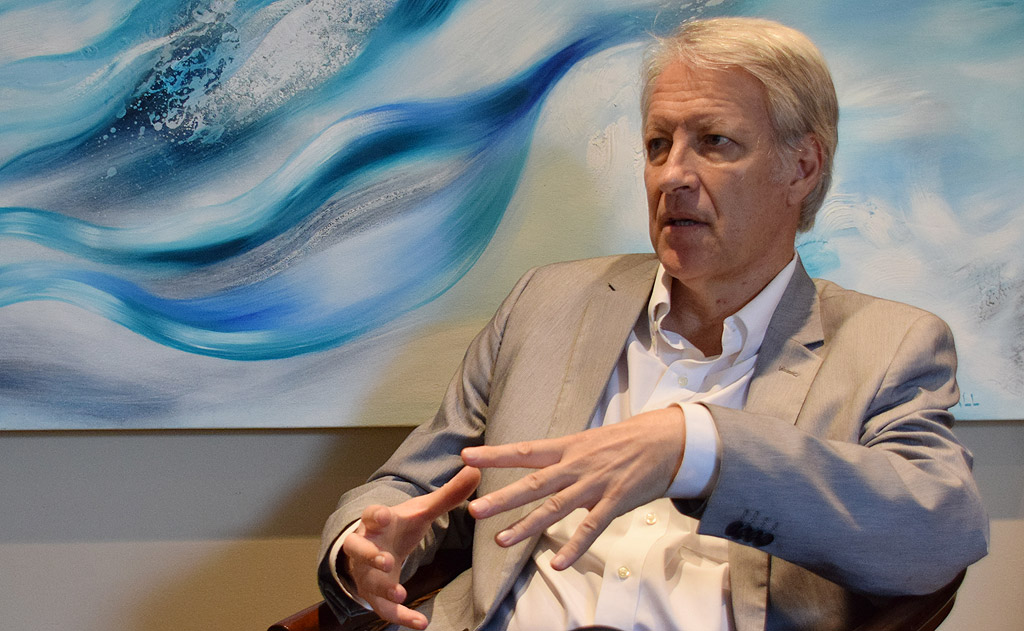 On May 8th, London got a muslim mayor in the Pakistani Sadiq Khan. In Germany, Frauke Petri, the leader of Alternative für Deutschland (AfD), announced that her party would henceforth join both conservative groups in the European Parliament. The groups concerned are: Europe of Freedom and Direct Democracy (EFDD) led by Nigel Farage and David Borrelli, and Europe of Nations and Freedom (ENF), headed by Marine Le Pen and Marcel de Graaff. The South African writer Dr Dan Roodt writes that Frauke shows the way for European unity.

Sadiq Khan’s victory in the London mayor election by a “landslide” as some British media described it, shows that it is only a matter of time before Europe’s major cities will be ruled by Muslims. Demographics will see to that, sustained by immigration and high Muslim birth rates. Cities that could become majority Muslim within the next decade or two include: Amsterdam, Rotterdam, Luton, Malmö, Marseille and Stockholm. Even the EU capital, Brussels, will not escape the seemingly inexorible rise of Islam in Europe.

To people on the left, this is of no consequence. Most British newspapers welcomed Sadiq Khan’s election as a sign of “hope and unity”. It is a truism of our times that the election of any non-European to a position of power inspires “hope”. So it was when Barack Obama became president of the United States too. While Europe and Europeans may only elicit despair or disinterest, Arabia and especially Africa represents the “continent of hope”. This was pointed out by a French journalist, a left-wing one at that, Stephen Smith. During his 2008 campaign, Barack Obama the Kenyan-American, made large-scale use of a poster with precisely that monosyllabic slogan: “Hope”.

However, to the European mind, hope is not enough. We are a people of reason; even Christianity has been infused with Greek philosophy and enlightenment ideas over centuries. From ancient Rome, Christianity acquired the custom of monogamy, as opposed to Islam and Judaism which preached polygamy.

Why should the expression of so much “hope and unity” upon the victory of a Pakistani immigrant in London worry us? Europe, torn for so long by its devastating wars and internecine struggles, lacks both hope and especially unity. Even among those on the right who are trying, at the eleventh hour, to save European civilisation, there is a great deal of division. Europe has nationalism, or nationalisms, but unlike Islam, American consumerism or the erstwhile Marxism-Leninism, it lacks a universal creed – at least since the Reformation.

That is why the up-and-coming German politician, Frauke Petri’s move to embrace both right-leaning groups in the European Parliament strikes me as a great one. After the spat between Nigel Farage and Marine Le Pen who represent two facets of the right, a libertarian, free-trading and a patriotic one, Petri is making an appeal for European solidarity. One may even call it the “feminine touch”. Not that Marine Le Pen is not a woman, and a very appealing one at that, but it is time for “bringing together those who belong together”, to quote a famous phrase by a former South African prime minister, Daniel Francois Malan.

Which leads right to the next question: Why do the Sweden Democrats not do the same? As the champion, par excellence, of native Swedish interests and also of the Swedish welfare state, it actually has a lot more in common with the French Front National or Dutch Freedom Party than with Nigel Farage’s UKIP with whom it is currently aligned within the European Parliament.

Or perhaps Jimmie Åkesson thinks that the Marine Le Pen group in the European Parliament sounds “too nationalistic”, containing the word “nations” which has become almost taboo in Europe, and could lead to even more of a bad press at home than his party is already getting. Nothing the Sweden Democrats could say or do in the European Parliament would make any difference to their treatment in the mainstream media, so this should not even enter the argument.

Therefore the option chosen by Alternative für Deutschland, of maintaining good relations with both right-wing blocs, makes a lot of sense. Marine Le Pen’s oft-repeated slogan, a “Europe of nations” needs the buy-in from everyone. But while every citizen understands his or her own nation, language and identity – at least intuitively – there is some confusion over the first element of that proposition: “Europe”.

The English historian and politician H.A.L. Fischer wrote a famous book A history of Europe, published in 1935, which starts with ancient European civilisations and ends just prior to World War II. Nietzsche, who was a Francophile somewhat hostile to Bismarck and what he saw as petty German nationalism, developed the concept “good European” in his works. For Nietzsche, a “good European” was a “free spirit” and someone steeped in Europe’s many languages and cultures.

Some of what the EU does is not necessarily bad. Fostering a pan-European identity, or funding research in science and technology, as well as cultural exchange between the continent’s peoples, are commendable. Where the EU becomes the EUSSR as many Dutch and Flemish nationalists call it, is where it wants to centralise all authority in Brussels, and socially engineer Europeans to become globalist, multicultural automatons, a bit like the caricature of an English school in Pink Floyd’s movie The Wall.

Speaking of which, there is still a Wall dividing Europe, and which the continent’s enemies wish to maintain: that between Russia and Western Europe. Fortunately, Donald Trump is also a “good European”, being of German descent. He can see what nonsense it is to keep Russia, a country newly liberated from communism, at arm’s length or even worse: the enemy in a new Cold War.

I have been rooting for Trump since the beginning, as someone who could also be good for Europe and for solidarity between North America and the Old Continent. In the face of Islam, as well as four billion Africans by the turn of this century, the planetary minority known as Europeans needs to stand together more than ever before. In 1900, we were 25 percent of the world’s population, now we are 8 percent and going down. It is a secular decline if ever there was one!

The European left welcomes “the great replacement” as French author Renaud Camus calls it, a bit like those Munich girls with their placards saying “refugees welcome”. So it is up to the European right to debate issues of continental and national identity. The survival of European nations may depend, much more than ever before, on the survival of the continent itself.