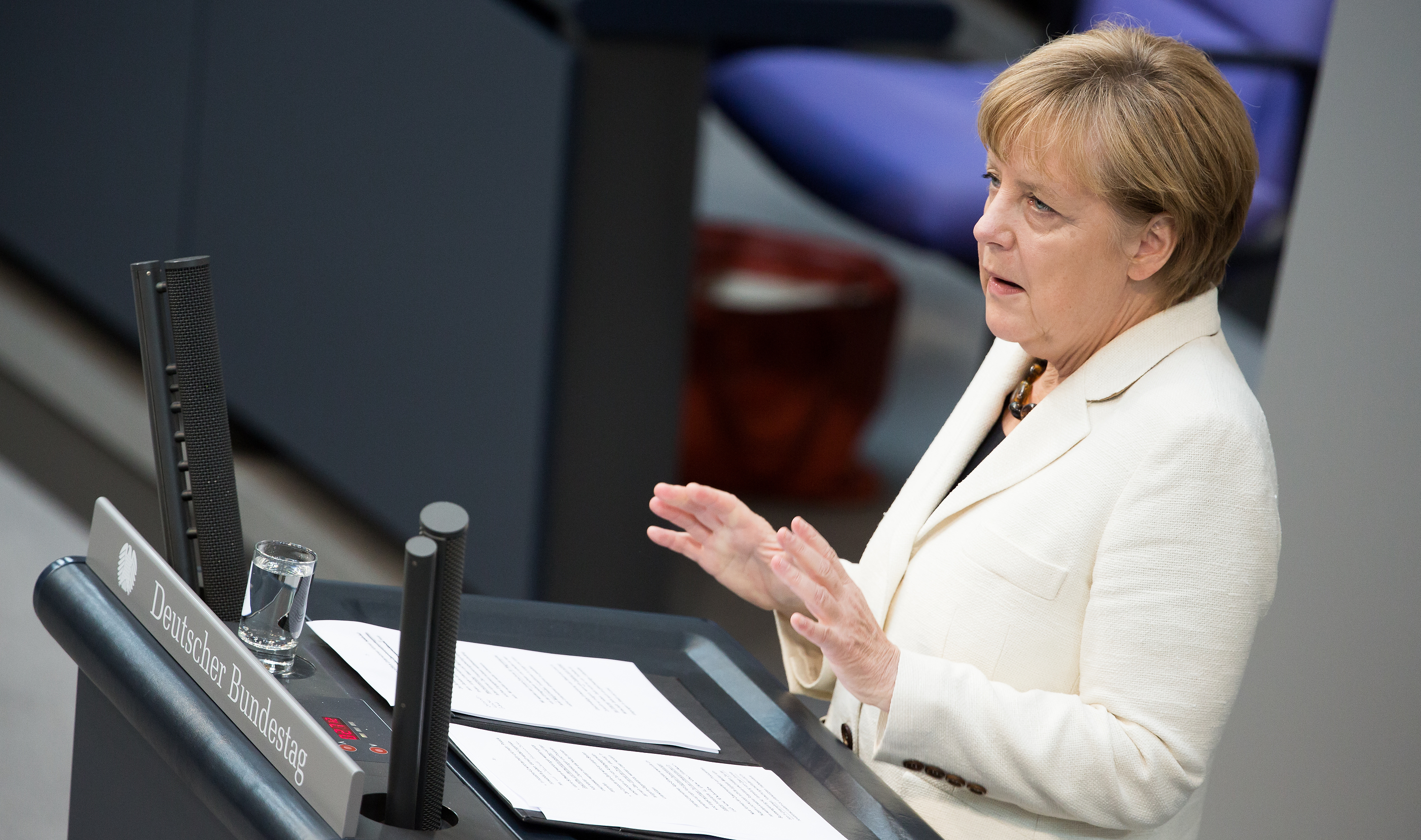 More than 60 percent of Germans do not believe the European Union is on track, a poll revealed Tuesday and almost all think the bloc is too aloof.

About 96 per cent of Germans want Brussels to be become “more transparent and closer to the people”, an independent polling institute found.

Half of all Germans want to hold a referendum on their nations EU membership – with a survey suggesting almost two-thirds of Germans are unhappy and want a new direction for the unelected bloc.

Germans believe the other member states have abandoned them to deal with the immigration problem by itself.

The results will come as a blow to Angela Merkel, who has been widely criticised for her open-door immigration policy which saw millions of migrants flooding Germany in 2015.

It appears that the German Chancellor is well aware of the negative sentiment because last week she hurriedly announced plans to deport 100 000 migrants who arrived in Germany last year.

Merkel needs to recover some of her floundering support in the polls after announcing her bid to run for her fourth term, making her the longest serving post-war leader on the continent.

Most respondents, however would not discard the idea of a united Europe, with 78 percent believing that a joint European foreign policy was an important means of representing German interests internationally due to the migrant crisis.

Almost half of all respondents believe the refugee crisis is the biggest problem the country faces and a resolution can only be found with the cooperation of the other 27 member states.

Nearly half of the respondents thought that the membership in the EU presents the equal amount of advantages and disadvantages for their country.

The survey found 67 per cent want the bureaucratic superstate to change its political direction while only 39 per cent of Germans believe EU membership is exclusively positive.

The poll conducted by TNS Infratest Politikforschung in October 2016, asked 1 001 German-speaking people over 18 years old to participate, with some 62 percent believing the European Union is not on the right track.

The Korber-Stiftung foundation, which commissioned the poll, said in a press release that 39 percent of the Germans saw the country’s EU membership as mainly advantageous, while 48 percent thought being part of the EU gave Germany both advantages and disadvantages.

The poll also found that 59 percent of the respondents had a great trust in German’s role in the bloc and felt German leadership ought to be expanded. According to 60 percent of the survey participants, at the time of the crisis, the German government has to put its interests ahead of those of the other EU members.

A great number of the poll participants did not mind close cooperation with the most important EU partners, with 80 percent singling out France, 71 percent each Italy and the Netherlands, and 67 percent Poland.

Only one third of Germans who responded to the polling have faith in the refugee resettlement deal with Turkey.

As part of a deal with Turkey, migrants and refugees who arrive on Greek shores after March 20 are to be transported to five Aegean islands and shipped back if their asylum applications are rejected.

Ankara has been promised billions of euros as part of a agreement to stem the migrant tide.

While 55 percent of Germans still say they would not be against another Angela Merkel term, according to an Emnid poll published on Sunday, her announcement to run again for office has been met with very little enthusiasm.

The anti-immigration Alternative for Germany (AfD) party, says the political elite is divorced from the needs of the people.

“Under Merkel, democracy in Germany has withered and mutated into an all-party coalition,” said Alexander Gauland, deputy leader of the party which is now polling at well over 12 percent.

Even her usual supporters are perplexed.”Did anyone understand why Angela Merkel wants to run again and what she wants to do in the next four years in office? I didn’t,” wrote Der Spiegel’s commentator Dirk Kurbjuweit.

The conservative Frankfurter Allgemeine Zeitung said that Merkel is still her party’s strongest candidate, even if she is “past her zenith at home and abroad”. But it also sadly implies that there is no talent available for her to groom a successor.