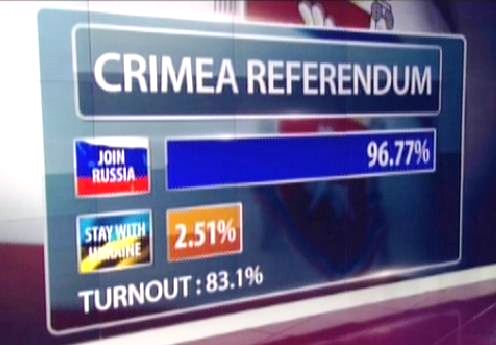 Sergei Aksyonov, the head of Crimea, has invited Marine Le Pen, leader of France’s National Front and its party’s presidential nominee, to visit the Peninsula.

“I invite Marine Le Pen to visit our peninsula!” the head of Crimea wrote on his Facebook page. In his opinion, Le Pen has obtained a wise and a far-sighted position “worthy of a renowned politician form a great country.”

TASS reported that the invitation follows a suggestion by Le Pen to recognize the Republic of Crimea as part of Russia if she was elected president of France. Le Pen has called Crimea’s reunification with Russia legitimate.

Aksyonov says Le Pen is a realist: “Unlike her many European peers, who either act on instructions received from Washington and Brussels, or are blinded by their hatred for Russia, Madame Le Pen puts reality in perspective and focuses on France’s interests. Besides, she seems to have a good knowledge of the history of Russia and Crimea.”

Several other French parliament members from other political parties, shared the politician’s position on Crimea. “In the summer, a delegation of French MPs visited the peninsula which proved to be an important step aimed at breaking the information blockade,” Aksyonov noted.

He added that Crimea had many friends not only in France, but also other European countries. “Today, fewer Europeans believe the ‘annexation of Crimea’ myth conjured up by Ukrainian and Western propagandists. Much of the credit should go to people-to-people diplomacy,” he wrote.

Le Pen told Russia’s Izvestiya daily earlier that she would officially recognize Crimea as part of Russia in case she won the French presidential election. According to her, Crimea belonging to Ukraine was only “an administrative matter during Soviet times, but the Peninsula has never been Ukrainian”.

She had expressed surprise at the United Nations for not taking into account the referendum conducted in Crimea to demonstrate the people’s will.

Despite the referendum’s convincing outcome, Kiev as well as Western nations have refused to recognize the Crimean ballot.