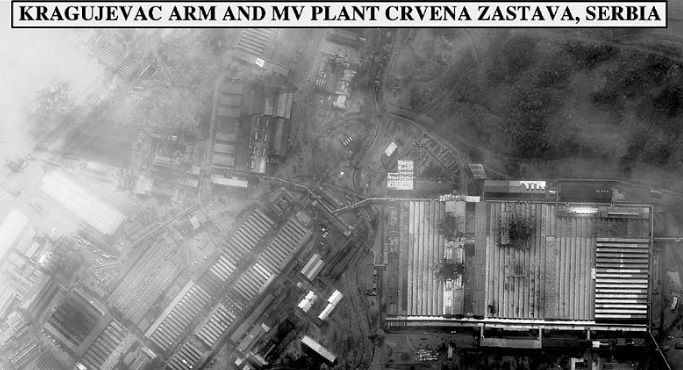 Destruction of Serbia by NATO, Wikipedia

Madeleine Albright says she would stand in solidarity with Muslims and register as one if Donald Trump forces Muslims in the US to register. The former Secretary of State also tweeted: "There is no fine print on the Statue of Liberty. America must remain open to people of all faiths & backgrounds."

But the ban does not apply to certain visa types, nor to religious minorities fleeing religious persecution from those countries – for example, Christians

In a television interview “60 Minutes”, Lesley Stahl, speaking of US sanctions against Iraq, asked Albright: “We have heard that a half million children have died. I mean, that’s more children than died in Hiroshima. And – and you know, is the price worth it?”

Albright replied: “I think this is a very hard choice, but the price – we think the price is worth it.”

Her critics say Albright was responsible for the deaths of 2 000 civilians, including 88 children, but yet passes moral judgement at every turn.

Albright was one of the leading proponents of NATO’s bombing of Serbia in 1999, so much so that many referred to the operation as “Madeleine’s War”.

Albright and her Clinton administration allies were using phrases like “war on terror” and “humanitarian intervention” to justify bombing Serbia. NATO had never before used military force without the approval of the UN Security Council, and it was the first attack against a sovereign nation that did not pose a threat to any other nation in the UN.

Albright’s airstrikes destroyed more than 300 schools and libraries, and over 20 hospitals. “Why? Why civilians?” lamented airstrike survivor Dragan Ciric. “It still torments me. If the first rocket was a mistake, what were the next three for?”

I was raised Catholic, became Episcopalian & found out later my family was Jewish. I stand ready to register as Muslim in #solidarity.