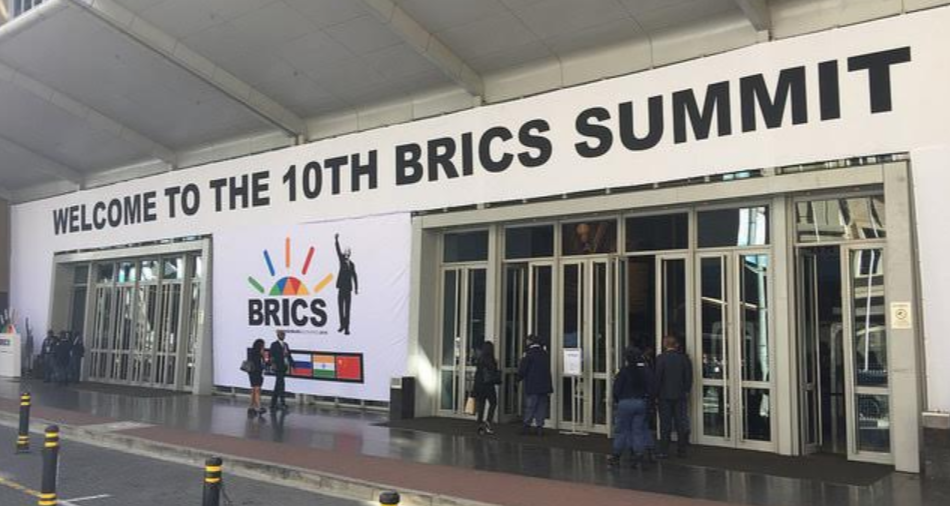 Will it be BRICS or BRICTS?

This year’s BRICS Summit created a stir when Turkish President Recep Tayyip Erdogan made it clear that he wants to add a "T" to the acronym, making them the BRICTS.

Erdogan met with Russian President Vladimir Putin on the sidelines of the BRICS summit in Johannesburg, South Africa, suggesting that Turkey’s shift away from the West may proceed faster than expected.

On the second day of the summit, world leaders signed the Johannesburg Declaration which among others supports an inclusive multilateral trading system. Two more agreements were signed, one on environmental cooperation and a memorandum of understanding on a regional aviation partnership.

South African host, President Cyril Ramaphosa said the group had “felt the need to do everything to protect the multilateral system which is now under attack”.

The BRICS -Plus session was held on Friday in which chair of the G20 and influential Common Market of the South (Mercosur) Mauricio Marci, Chair of the Organisation of Islamic Cooperation and President of Turkey Recep Erdogan and United Nations (UN) Secretary-General Antonio Guterres took part.

Erdogan’s wish to become part of BRICS will means access to much-needed development capital outside of the institutions controlled by the US — The IMF, The World Bank, Asian Development Bank, Ex-Im banks, etc.

Relations between the US and Turkey have deteriorated amid deep divisions over the American backing of the Syrian Kurdish force YPG. The rift is growing with questions being raised about Turkey buying US F-35 Joint Strike Fighter jets as well as Russian S-400 surface-to-air missile systems.

A State Department official told Congress last month that plans by the Turkish government to acquire the Russian missile defense system would end United States-Turkish relations. The US Senate has temporarily blocked the sale of American arms to Turkey, including F-35 fighter jets.

It would be an extraordinary step to impose sanctions on a NATO ally, and the Turkish government responded defiantly with Mevlut Cavusoglu, Turkey’s foreign minister, tweeting: “Noone dictates Turkey. We will never tolerate threats from anybody. Rule of law is for everyone; no exception.”

Turkey is currently struggling with a crashing currency, the Lira, and sovereign bond market that some suggest are the signs on an unfolding sovereign debt crisis. It does beg the question of why certain countries’ currencies get trashed when others with worse balance sheets or balance of trade somehow survive.

Turkey’s response to the US-imposed Lira crisis has been to move away from the US dollar.

Membership of BRICS will give the Muslim country access to more sources of Chinese capital and at the same time resolving it’s large dollar-based corporate liabilities. If the Trump administration escalates the financial and diplomatic war against Turkey, such liabilities could increase drastically. The Erdogan administration has also been supporting Iran by laundering sanctioned Iranian oil sales in return for physical gold through Turkish banks against the wishes of Washington. Turkey is highly dependent on foreign energy imports and is one of Iran’s largest customers. It has been ignoring American threats to withdraw from Iran since November.

Russia has meanwhile been helping Turkey to become more energy-independent by building nuclear power plants as well as the Turkish Stream pipeline, thus providing Russian Gas from Gazprom at an effective discount while receiving transit fees from gas destined for Europe.

Since Turkey has currency swap agreements in place with China any excess buildup of local currency can be mitigated. The next step for Erdogan would be for Turkey to sign one with Russia as well as India to loosen the grip of the dollar.

While the Trump administration has been seeking pressure on Erdogan through currency wars, the Pentagon entertains a close alliance with a Kurdish militia in northern Syria, designated in Turkey as “terrorists”.