On July 20, Swedish TV4 interviewed criminologist Tage Alalehto, who in the segment says that one explanation for the increased number of stabbings in the country could be "ethnic, xenophobic moods". But that was not really what he had said on camera.

When conservative weekly Nya Tider approached Alhalehto, however, he said that he also said that it was immigrant gang criminals, ethnic non-Swedes who are clearly over-represented in the increasing knife violence data, something that TV4 chose to edit out of their report.

“They [TV4] have cut and pasted and taken things out of context and put it together into something that fits a pre-established context and agenda,” he explained.

TV4’s newsroom has conducted a survey which showed that the number of people seeking care due to knife injuries has increased dramatically on year-by-year basis. The information is based on figures from the National Board of Health and Welfare’s patient register. 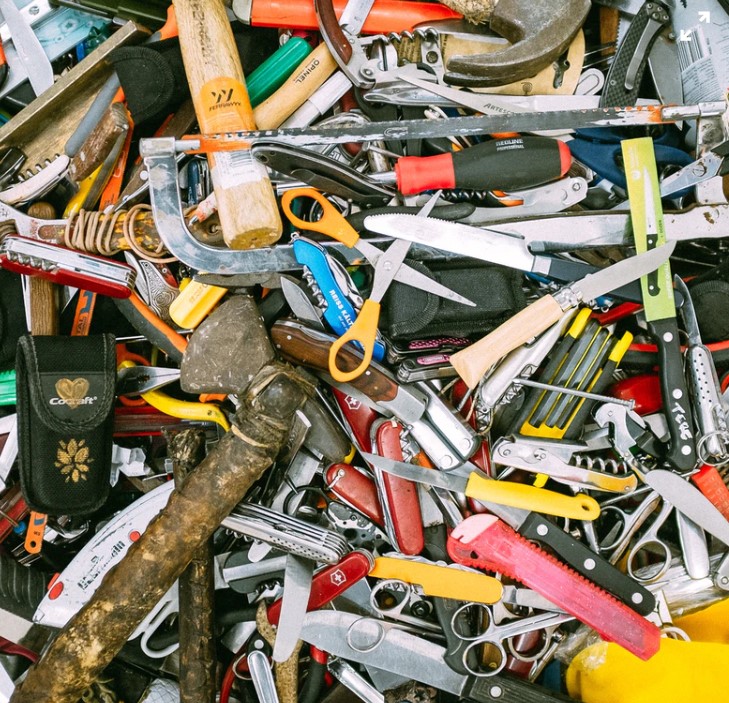 A collection of stabbing weapons used by immigrants in robberies or to defend drug territory. Photo: Ashim D’Silva

Knife violence in Sweden has increased for the seventh year in a row. In 2012, 624 people were injured in knife-related violence, in 2019 that number was 923. The number of victims injured in knife attacks is seven times higher than those injured in shootings.

Tage Alalehto is a criminologist at Umeå University. In a feature on TV4 on July 20, he appeared to be saying that a partial explanation could be “ethnic and xenophobic moods”. Anyone watching the feature is thus led to believe that the criminologist thinks that it was racism against immigrants that has been behind the violence.

However, that is not the case. When Nya Tider spoke to Tage Alalehto to find out what he really meant by “xenophobic moods”, it turns out that TV4 cut out the most important segment of what he had said.

“I said during the interview that the increasing knife violence is very much about gang crime and drug trafficking. When it comes to what I said about xenophobic sentiments on ethnic grounds, I mean that it is primarily gang criminals, ethnic non-Swedes who commit these crimes.”

He said the broadcasters cut and pasted and quoted his remarks “out of context and put it together into something that fits a pre-established context and agenda”.

Alalehto explained that ethnic Swedes were often the victims of criminal immigrants gangsters, including knife attacks. According to Alalehto, it may be about individual Swedes who try to invade the so-called territory of drug gangs, but it can also be about innocent people who are simply exposed to robberies where a knife is used as a weapon.

These situations take on an ethnic dimension because the gangsters usually want to “humiliate the victims in different ways and they [Swedes] are called ‘fucking slaves’ and so on”. So it is clearly not ethnic Swedes who are out on the town and walking around with a knife to stab immigrants because of some kind of xenophobic mood.

According to the criminologist, immigrants also bring their past conflicts and wars to Sweden. Tage Alalehto said that TV4 obviously had an agenda when they made the news item about increasing knife violence. Other major media outlets are also avoiding the truth, he added.

“I do not just want to point out TV4 for wanting narrow explanatory models or for ducking the truths that some journalists may find opinion-wise uncomfortable. SVT and several of the major media do the same.”

He agreed that TV4 and other mainstream media outlets often deal with issues on a subjective, ideological basis. “It is clear that it is so, and even among us criminologists there is a blissful mixture of subjective perceptions.”