Blacks painting themselves as white has not been banned by Facebook. Xhosa tribal initiation in South Africa. Screenshot from YouTube

The US technology group Facebook has announced that it will take stronger action against racist and anti-Semitic stereotypes.

Therefore, photos of white people with black make-up on their faces and the claim that Jews control the world will be deleted from the Facebook and Instagram platforms in the future. This also affects representations of Zwarte Piet, the companion of Saint Nicholas in the folklore of the Low Countries.

In addition to black make-up on white skin, the company also counts thick lips and a frizzy wig among the stereotypes of so-called blackfacing. Facebook finds it unacceptable that people feel discriminated against by certain posts and do not feel safe, the company based in Menlo Park, California, claimed. “Sinterklaas is a festival for everyone.” 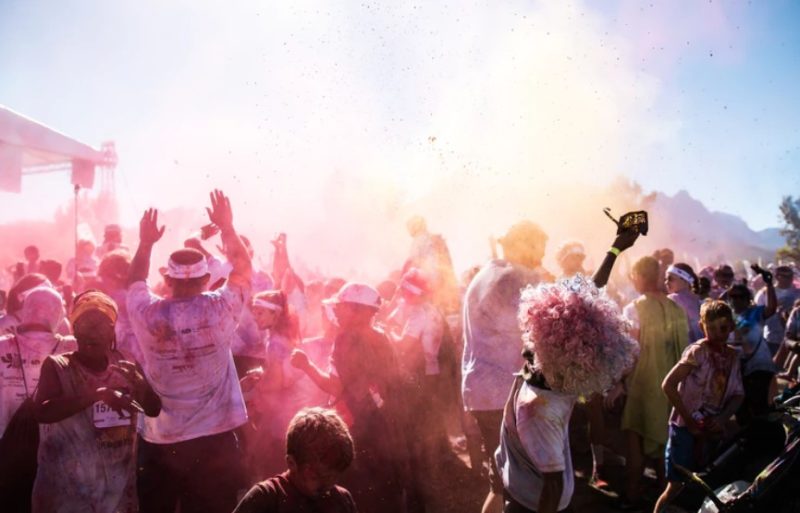 In the foreground is an African wearing a frizzy white wig to celebrate the Colour Run in Stellenbosch, South Africa. Only whites will be banned from wearing frizzy wigs in future according to Facebook. Photo: Nqobile Vundla

In the Dutch version of St. Nicholas, the saint has a black helper at his side. The Sinterklaas festival is a popular tradition in the Netherlands and is celebrated on December 5 with large events in many cities.

For several years, however, there has been a dispute over Zwarte Piet. Some blacks claim they feel racially discriminated against by the portrayal. In 2014, the Dutch Supreme Administrative Court ruled that a festival in Amsterdam could take place despite allegations from certain leftist organisations that it was “racist” to defend tradition.

The ban will only apply to whites. White-face in Ulwaluko has not been banned. Part of the traditional initiation rite commonly seen throughout South Africa, is white-face used by Africans to mimic Europeans. Globally, whites are a minority.

Facebook also announced that between April and June more than seven million articles on the Coronavirus had been deleted and 98 million content items on the topic had been given warning notices.

BernSwiss Air now requires that its employees be vaccinated by mid-November, but not everyone agrees. Several hundred employees have formed a group demanding more detailed clarifications because the vaccination could be a threat to flight safety.