The mayor of Antwerp has mobilized great resources to put an end to the organized crime which is rampant in the Belgian port metropolis. 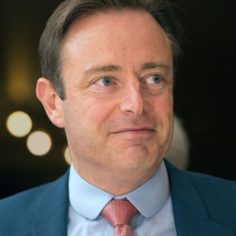 The cabinet of the mayor Bart De Wever (N- VA, New Flemish Alliance) confirmed the initiative intended to fight against the abuses in the drug industry and repeated violence in recent years. In particular, it provides for the engagement of additional patrols, more regular identity checks and the closing of certain high-risk streets when necessary.

Since 2017, 66 grenade attacks and shootings, most often linked to settling of scores in the narcotics industry, have been recorded in Antwerp. Previously such incidents rarely resulted in injuries and usually consisted of intimidation or calling the attention of the police to rival gangs.

In recent weeks however, the violence has increased drastically. Among the visible measures decreed by the municipal authorities, is the acquisition of imposing BearCats. These American armored vehicles will now reinforce the arsenal of the Antwerp police.

Made by Lenco, these vehicles are usually only sold to the Military, or SWAT units. It is America’s most in-demand police vehicle offering seating to a 10-officer team. The armored tank takes bullets too, making it the most popular armored personnel carrier to SWAT teams in the United States.

“Criminals use weapons of war. We must fight them with the same weapons”, warned Bart De Wever, expressing concern not only about the rise of drug-related violence in Antwerp, but also his re-election.

In Belgium as well as in the Netherlands, the gang criminals are known as the “mocro-maffia”, or Moroccan mafia. Gang members in the narcotics trade are mostly from the impoverished Rif mountains of northern Morocco.

In March, both Antwerp and Rotterdam were flooded with cocaine from South America in anticipation of a long Cornovirus lockdown. “The Coronavirus did not stop the cocaine tsunami, and this year the maritime smuggling of cocaine is still on a very high level, in line with our record year of 2019,” the Administrator-General of Belgian Customs, Kristian Vanderwaeren, told VICE News.

The gangs rely on Antwerp’s immigrant area of Borgerhout to man their operations. This has sparked a backlash from anti-immigration party Vlaams Belang in Belgium, acccording to Dutch author Teun Voeten. 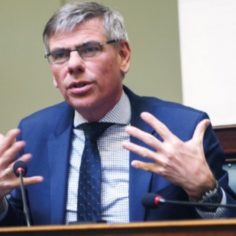 Thus Mayor De Wever’s failing policy on drugs has helped Vlaams Belang. “De Wever has made the war on drugs the central part of his policy. I’m pretty sure he regrets that now,” said Filip De Winter, the frontman in Antwerp for the party.

At the national level, Vlaams Belang was pushed aside by De Wever despite their surge in support in national elections. De Wever instead formed a regional government with the Christian Democrats and liberals instead of Vlaams Belang. Hence De Wever’s latest bold decision to “declare war” on gangsters: He has obviously been trying to dilute support for De Winter.

“Let’s be honest: It’s just a matter of time before the first fatality,” De Winter noted dryly in an interview with Politico. “Then this whole story gets a whole other dimension for De Wever. Safety and security are a very sensitive issue for our common right-wing electorate.”

Almost one-third of all cocaine intercepted come through Antwerp, according to Europol’s EU Drug Markets Report.