The Dutch cabinet has signed "legally binding agreements" with Klaus Schwab's World Economic Forum. The cabinet admitted this in response to parliamentary questions submitted by Gideon van Meijeren of the Forum for Democracy party.

Great Reset propagandist Schwab’s World Economic Forum, a supreme globalist organization, believes that the Coronavirus has to be used to carry out a worldwide transformation to socialism, where totalitarian state control must be introduced everywhere. Because that is “safe” and “efficient” according to Schwab, who looks and acts like a villain from a James Bond film.

Schwab had earlier complained about people spreading this notion as a “conspiracy theory” but the WEF’s website openly discusses these topics to transform society. The contents of his plans are downright shocking. Humans have to merge with the latest technology, break all meaningful bonds and give up all bodily autonomy and freedom only to be surveilled full-time.

The Great Reset, a globalist utopia, is therefore essentially a more extreme version of communism made possible by technology.

Mainstream Dutch politicians however, have a warm relationship with this revolting undemocratic organization and its creepy boss. The Forum for Democracy wanted to know what mutual agreements have been signed on matters of which the voter knows nothing. 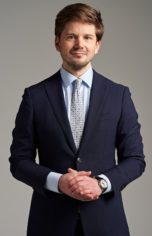 In their response, the cabinet has admitted to FVD MP Gideon van Meijeren, who submitted the questions, that there has indeed been close cooperation between the cabinet and WEF. And yes, agreements were also signed with the Stalinist organization… and those agreements are legally binding.

“Dutch ministers regularly participate in meetings organized by the WEF,” said the cabinet in the answer to Van Meijeren’s parliamentary questions. “In addition, there are partnerships with the WEF that have been established in the following areas: Sustainable Investment Policy, Tropic Forest Alliance, Food System Initiative, Food Innovation Hubs.”

It added: “The obligations set out in these agreements are legally binding.”

How did the WEF become a supranational body that really determines what happens in the Netherlands and other countries? Until recently, very few voters have understood the role that the WEF has played in usurping their democratic right to choose their representatives.

FvD leader Thierry Baudet commented on the alarming response: “Seven months ago: Chamber blocked a debate on The Great Reset. Because they said it was a ‘conspiracy theory’. After persistent questions, the FVD finally received incontrovertible evidence this week that Klaus Schwab’s agenda is leading [Dutch Premier] Rutte et al. They have been totally exposed.”

Last year Van Meijeren had asked Prime Minister Rutte how he assessed the content of Klaus Schwab’s book Covid-19: The Great Reset. “I don’t know the book. But I would advise Mr Van Meijeren not to believe too much in those conspiracy theories,” Rutte had replied.

Van Meijeren then confronted the Prime Minister with a letter dated November 26, 2020 in which Rutte thanked Schwab for actually sending him the book while praising it as a “hopeful analysis for a better future”.

“I am surprised that the first question I put to Mr Rutte after I was sworn in as a Member of Parliament was immediately answered with a lie,” said Van Meijeren after the prime minister was outed as a perjurer.

Meetings involving Dutch ministers of the WEF’s Global Action Group were apparently “strictly off the record”.

A fawning and tail-wagging servant to the WEF boss

Another letter dug up by FVD showed that Schwab has asked Prime Minister Rutte for a favorable quote for another book. And the Dutch prime minister was urged to hand in his homework assignment within days.

The letter stated that Schwab would publish his book Stakeholder Capitalism on January 25, 2020 about inequality and the “climate crisis”. The World Economic Forum asked Rutte to recommend the book, since Schwab greatly valued ​​his approach as prime minister which coincided with his own view on stakeholder capitalism.

The WEF demanded that Rutte send the praise within a week, no later than 15 December. “Professor Schwab will be very grateful,” he was told. An employee of Rutte responded on December 15: “What an honorable request from Mr. Swab (sic).”

“In Stakeholder Capitalism my good friend Professor Schwab outlines an inspiring way forward towards a more equitable, sustainable and future-proof economy. A vision that fits perfectly with all his efforts in recent years to build a better world. Professor Schwab once again gives us food for thought and reflection with this fascinating book,” Rutte fawned.

The employee then asked whether the quote matched expectations. “Everyone can see that a lackey is answering his master here,” commented FVD MP Pepijn van Houwelingen.

Former stock market commentator Willem Middelkoop heard from a journalist he has known for 30 years that the mainstream media has been ignoring the disturbing documents because they were leaked by an “extreme right” politician they despise.

More evidence of the very close relation between Dutch PM/Gov and the World Economic Forum pic.twitter.com/qgYUvz002I