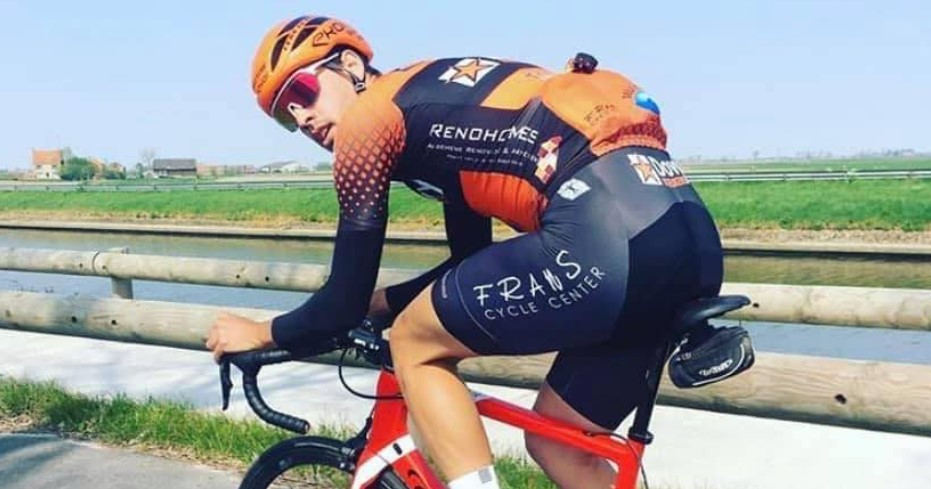 March has not been a good month for vaccinated cyclists.

Belgian cyclist Cédric Baekeland died of a heart attack during a training camp in Mallorca, Spain. Baekeland had been on the Mediterranean island since March 12 for the March 26 start of the season in Slypskapelle, Belgium.

The cyclist from the Belgian city of Roeselare, on March 14, suffered a heart attack. He only managed to alert his sleeping roommate before he collapsed. All efforts to resuscitate Baekeland were in vain.

“He had recently been examined, the test showed that he was perfectly healthy,” his team said.

The young cyclist only recently took up the sport after playing football for both KSV Roeselare and Club Roeselare. An injury cut short his budding soccer career and he turned to cycling. This season he would have been a full member of the elite cycling squad.

At the request of the family, the cycling team declined media interviews in Mallorca for the time being, Nieuwsblad reported. All the cyclists on the team had reportedly been vaccinated. Ronny Vanmarcke (73) the former coach of the National Youth Cycling and the oldest face of the jab campaign, had boasted about the high jab rate of older cyclists generally. In October last year, he urged the youth to get the shot too.

“The pros have already been able to ride competitions, but the youth is longing to be able to cycle again. At the first youth cycling races I will certainly be cheering at the finish. With my participation in this campaign, I hope to convince the doubters to get vaccinated so that we can quickly resume normal life.”

It appears that a “normal life” now includes the possibility of healthy young men dying of heart failure.

The news of Baekeland’s death comes in the wake of the sudden demise of another 28-year-old rider, Scotland’s Commonwealth Games cyclist John Paul. On March 9, Paul also passed away and the cause of his sudden death was not made public, leading to speculation that he had died as a result of the Covid-19 vaccine.

On March 21, during the Volta a Catalunya cycling race in Catalonia, Italian cyclist Sonny Colbrelli collapsed crossing the finishing line with initial reports suggesting that he suffered a cardiac arrest. He was however resuscitated and diagnosed with one of the known side-effects of the jab, namely “cardiac arrhythmia”.

Colbrelli’s team issued an official statement on March 22: “Our medical team can confirm that Sonny Colbrelli suffered from a cardiac arrest that required defibrillation. The cause is still to be determined, and the Italian rider will undergo further tests tomorrow at the Hospital Universitari de Girona.” The cause was not made public however.

Last year, no less than three young Belgian cyclists from Kempen developed heart problems after a race. Junior Joppe Erpels from Arendonk ended up in intensive care, Xander Verhagen from Geel had problems during training and newcomer Yarno Van Herck said he suddenly felt a stab in his chest during the race.

France, the epicentre of global cycling, voted a law last year requiring all participants in cycling events (athletes, support staff and most spectators) to be vaccinated for the Tour de France.

As in international tennis, a negative Covid test is no longer sufficient for freedom of movement and access to venues in France. Cyclists, team members and fans at cycling events, have to be fully compliant with vaccine pass rules. And Belgian cyclists have adhered to these dictates.

Meanwhile, the only defining issue for this male age group’s spiking death rate has been mass vaccination.

We call this the money chart…the rate of change (blue) in excess millennial deaths can’t be explained by suicides, drug overdoses & cancer deaths. The only thing that happened for this cohort was mandates. pic.twitter.com/37cxOA7HwA