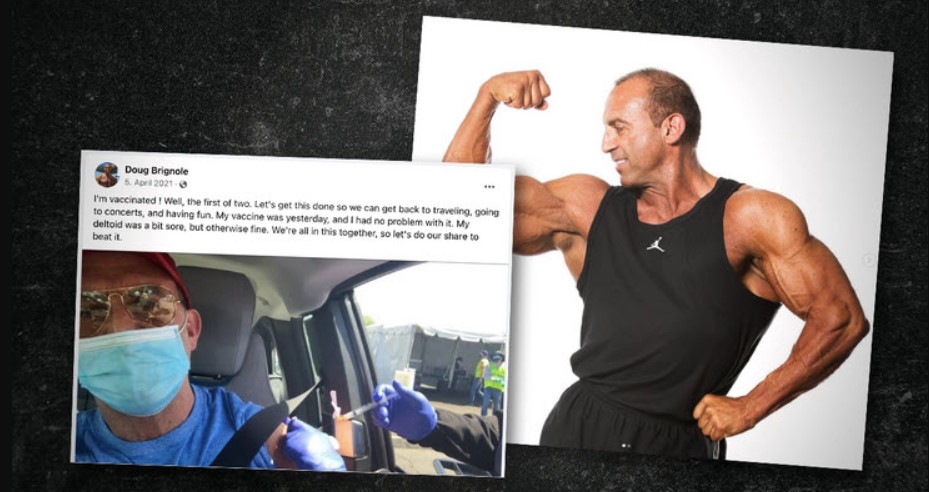 Doug Brignole cause of death related to Corona jab?

"Those of you who think vaccination kills people can use me as a test. If I die, you were right." These were the words from Doug Brignole, a bodybuilder, author and vaccine advocate. The 63-year-old died suddenly and unexpectedly on October 13.

It is unclear how many vaccinations Doug Brignole received. In any case, he received his first Moderna shot in April 2021. “Let’s do this so that we can travel again, go to concerts and have fun,” he wrote on Facebook at the time. “We’re all in this together, let’s do our part to defeat it.”

However, a comment he made under this posting has not aged well. In it, he underscored his trust in Corona jabs and offered himself as a test subject. Vaccine critics would be vindicated by his death, he said. If not, they should admit that they were mistaken about the shots.

The former bodybuilding champion Doug Brignole  announced some two weeks ago that he wanted to take part in the Mr. Universe Competition in Las Vegas. He was still very active in sports. He died unexpectedly on October 13 at the age of 63. The cause of death has not yet been revealed.

A friend of Brignole contacted The Gateway Pundit , who reported on the case, and confirmed that Brignole had never used steroids. “I knew him and I don’t think he would ever go that route.”

What did Doug Brignole die of?

According to USA Today Doug Brignole died from a Covid 19 infection according to public records from LA County Medical Examiner-Coroner.