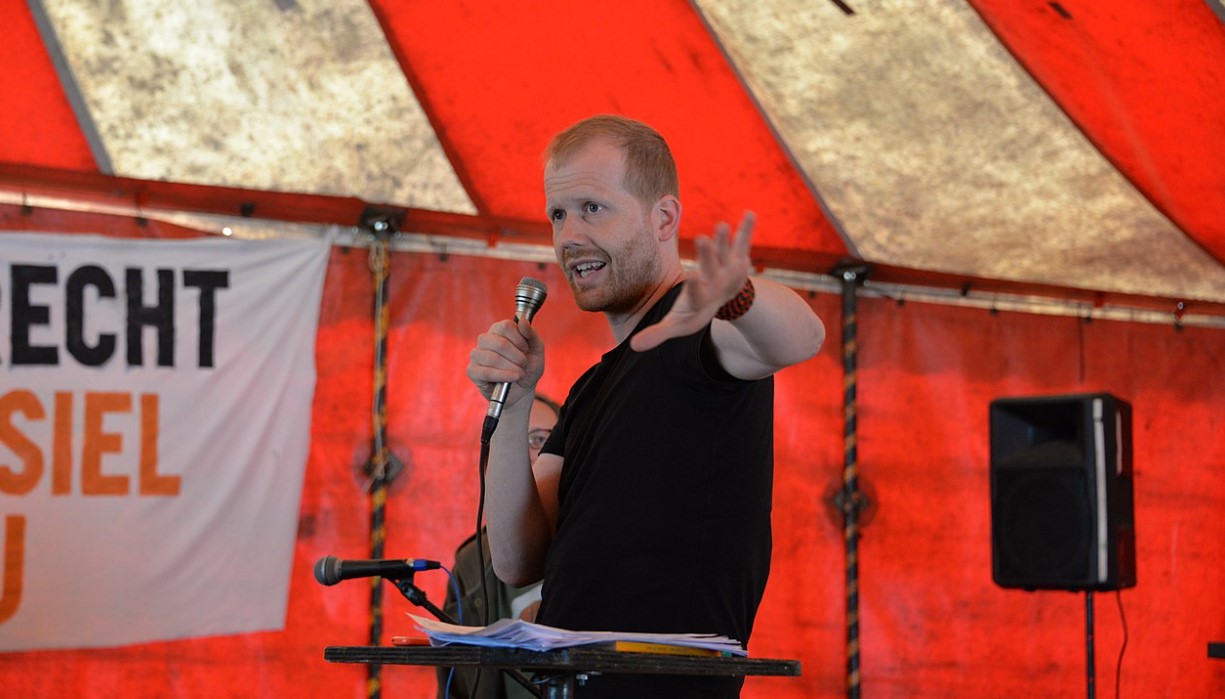 The German spokesperson for Fridays for Future (FFF), Luisa Neubauer, has raised the prospect of blowing up the East African Crude Oil Pipeline (EACOP). "Of course we are thinking about how to blow up the longest crude oil pipeline in the world," she stated on Instagram on Sunday.

The EACOP is currently under construction and will transport crude oil from Uganda to Tanzania when completed. It will be about 1 400 kilometres long and deliver about 216 000 barrels of oil per day.

Neubauer announced that the pipeline would “eventually be stopped”. In her story post, which deletes itself within 24 hours, she linked to the founder of the non-governmental organisation and Obama Foundation Scholar “MakeSense”, Christian Vanizette. According to its own statements, the NGO is committed to an “inclusive and sustainable society”.

The FFF leader’s statement was made at an event organised by the Danish non-governmental organisation “Alliance of Democracies” on the topic of defending democracy and freedom. The “Copenhagen Democracy Summit” is supported by the Obama Foundation. Neubauer said she met “fantastic people” from all over Europe at the event who were fighting for “justice, equality and education and climate protection”.

FFF chief backs down after outrage

Neubauer rowed back after a wave of outrage over her statement on blowing up the pipeline. She had merely referred to a book by the Swedish author Andreas Malm entitled “How to blow up a pipeline”.

In the book, Malm calls for escalation in the fight against the alleged climate crisis, according to the German publisher Matthes & Seitz. “We must bring the extraction of fossil fuels to a halt – with our actions, our bodies, with everything at our disposal,” is how the publisher summarises the radical left-wing extremist’s concern.

In the book, Malm argues that sabotage is a logical form of climate activism, and criticizes both pacifism within the climate movement and the associated “climate fatalism” generally. With the spread of climate protests in Germany and throughout Europe in 2019, Malm described feeling “elated and encouraged by the wave of activism” but frustrated by the climate movement’s “strict commitment to absolute nonviolence”.

Most recently, the radical climate activists of the group “Uprising of the Last Generation” [Aufstand der letzten Generation, ed.] had announced that they would block the “fossil infrastructure” in Germany in the future. “Fossil fuels are leading us into famine, war and destruction,” they claimed in justifying their planned action. The Federal Republic, as one of the economically strongest countries and in view of its historical responsibility, should not stand idly by, according to them.

The members glued themselves to the streets of Berlin in 2022 to block traffic. They demanded that minister Robert Habeck issue a “life plan”. In it, he should explain that and how he will shut down all infrastructure for fossil fuels.

The activists see their actions as a “moral duty”.

Despite this climate hysteria, the German “energy turnaround” is simply not making any progress, and according to official statements, Russian President Putin is largely to blame. In fact, however, it is not the Kremlin leader’s fault at all that coal continues to be the most important energy source for electricity generation, as the Federal Statistical Office has now announced. The Greens are actually responsible for the rise in “dirty” energy.

Due to the nuclear power plant shutdowns, electricity generation from nuclear energy also fell by 49,0 percent in the 1st quarter of 2022 compared to the same period of the previous year, to a share of 6 percent of the amount of electricity fed into the grid. The share of renewable energies in total electricity feed-in rose from 40,4 percent to 47,1 percent. The share of wind power is now 30,1 percent, the share of photovoltaics is 6,3 percent.