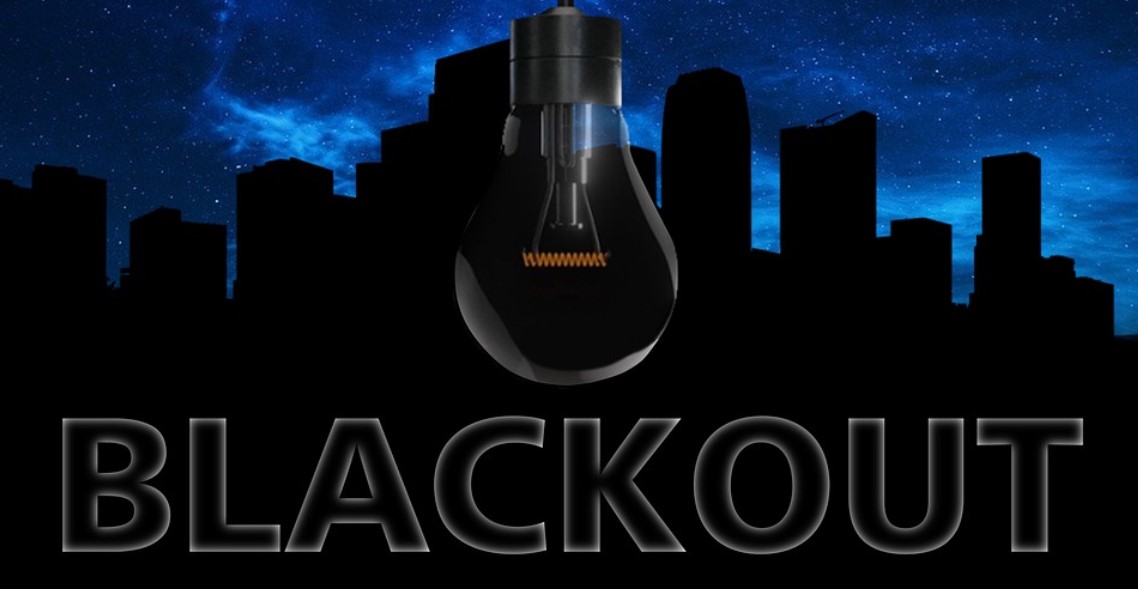 Germany's municipalities are getting serious and preparing for the concrete consequences of a widespread power blackout. The Hessian Rheingau-Taunus district is the first of 401 German districts and urban districts to have a specialist company in Berlin examine and simulate what threatens in the event of a blackout in order to be prepared for the increasingly likely eventuality.

According to this, 400 deaths could be expected within 96 hours. After 24 hours, livestock would die, substations would fail, and water tanks would run dry. Then there would be looting, fires and economic damage in the hundreds of millions. Unlike Federal Minister of Economics Robert Habeck, district fire inspector Christian Rossel currently considers the risk of a blackout to be much more likely than a lack of gas, which would not have such dramatic consequences, even if one were not preparing for it.

The blackout, a widespread power failure, is sadly no longer a horror fairy tale of sinister conspiracy theorists as authorities now consider the danger to be real (but conceal the fact that it is home-made and a consequence of their own catastrophic policies).

The German Association of Towns and Municipalities (DStGB) sounded the alarm and warned of a possible overload of the German power grid. Even worse: cities and municipalities are not remotely prepared for such a scenario.

“There is a risk of a blackout,” said DStGB chief executive Gerd Landsberg told German weekly Welt am Sonntag that realistic scenarios are both hacker attacks and “an overload of the power grid – for example, if the 650 000 fan heaters sold this year are connected to the grid if the gas supply fails”. In this case, Landsberg expressly does not want to rule out widespread power failures.

The head of the DStGB is even clearer: the federal government has recognized the situation, but is not responding as it should. Every citizen must be aware of what happens when there is no electricity: “Then there is no water, you can’t fill up, after two days you can’t charge your cell phone. We are in no way prepared for such a scenario!”.

The “blackout” would only be a particularly drastic scenario. Less drastic scenarios such as electricity or gas shortages have long been casting their shadows. An umbrella organization for independent welfare in Germany based in Berlin, the Paritätischer Wohlfahrtsverband recently warned that, as a result of the exploding energy costs, “the livelihoods of social institutions and services are threatened to an unprecedented extent”.

Retirement and nursing homes, for example, are coming under pressure due to the rapidly increasing costs. The Federal Association of Private Providers of Social Services (BPA) predicted that “this crisis will cost some providers their existence because the burdens from rising energy costs, general inflation and the omnipresent shortage of skilled workers can no longer be borne”. And all this is just the beginning, according to Bloomberg. The federal government’s €65 billion financial aid package will not be able to prevent the impending recession.

Commerzbank economist Jörg Krämer meanwhile warned that the announced steps only “create the illusion that large parts of the population can be protected from the consequences of rising energy prices”.

What happens if the lights go out?

In the event of a widespread power failure, nothing works anymore. Internet, landline telephony and heating systems would fail first, followed closely by mobile communications and digital radio. Gas stations would run out of petrol, electronic money and payment systems would fail, food could no longer be cooled. Clinics, care facilities and water suppliers and disposal companies depend on their respective equipment to outlast the blackout. Rossel made it clear that the district could not ensure the power supply. Like Landsberg, he advised citizens to stock up on food and drinking water for 14 days.

The district will ensure that administration and civil protection work so that emergency aid can be coordinated. For this, the “equipment security” has to ensure electricity for servers and satellite-supported communication systems for the crisis management teams. The current emergency generator can run continuously for 16 hours. However, since the police, fire brigades and rescue workers would also need several 10 000 liters per day, negotiations are being held with heating oil suppliers.

All of these scenarios show a country that is on the brink of complete collapse in an emergency due to ideology-driven politics and decades of neglect of important infrastructure.

In addition, there is a risk of “load undersupply” due to the planned shutdown of the last three nuclear power plants, so that in certain areas the entire electricity demand of Germany can no longer be covered. Then large electricity consumers such as industrial companies would have to be switched off voluntarily or by force.

Moreover, the population hardly follows the recommendations of the Federal Office for Civil Protection and Disaster Assistance (BBK). As recently as July, the ill-informed German Minister of Economics Robert Habeck declared: “The fact is: we currently have a gas problem, not an electricity problem.” At the time, the statement was part of his propaganda strategy to prevent the continued operation of the three remaining German nuclear power plants.

Thus, Habeck pushed hundreds of thousands of citizens to buy fan heaters, which DStGB boss Landsberg now fears will finish off the German power grid. The nationwide “Warning Day”, on which the functioning of the civil protection measures is to be tested by means of a test alarm, will take place this year on December 8 – although it is actually scheduled for the second Thursday in September every year. Här hittar du: casino-utan-spelpaus.net.

The last attempt two years ago, on September 10, 2020, failed miserably because not even the warning apps worked. In the event of an actual catastrophe, many citizens were not warned at all (similar to what happened three quarters of a year later in the Ahr Valley and in southern North Rhine-Westphalia during the flood of the century).

The Ministry of the Interior had described the test alarm as “failed”. A spokesman for the Munich fire department said at the time that there had been no sirens in the city for years because they had been removed after the end of the Cold War. The same applies to large parts of Berlin.

In 2021, the warning day was completely dispensed with because the BBK was supposed to set up a “comprehensive test landscape” beforehand . This year’s warning day has been moved to December to accommodate Cell Broadcast testing. This is a system in which all mobile phone users who are in the area of ​​a radio cell at a certain time receive a message that looks like an SMS. Unlike the warning apps “Nina” and “Katwarn”, which failed in 2020, people without smartphones are also reached.

Given the current situation in Germany, one can only hope that at least this system will work.