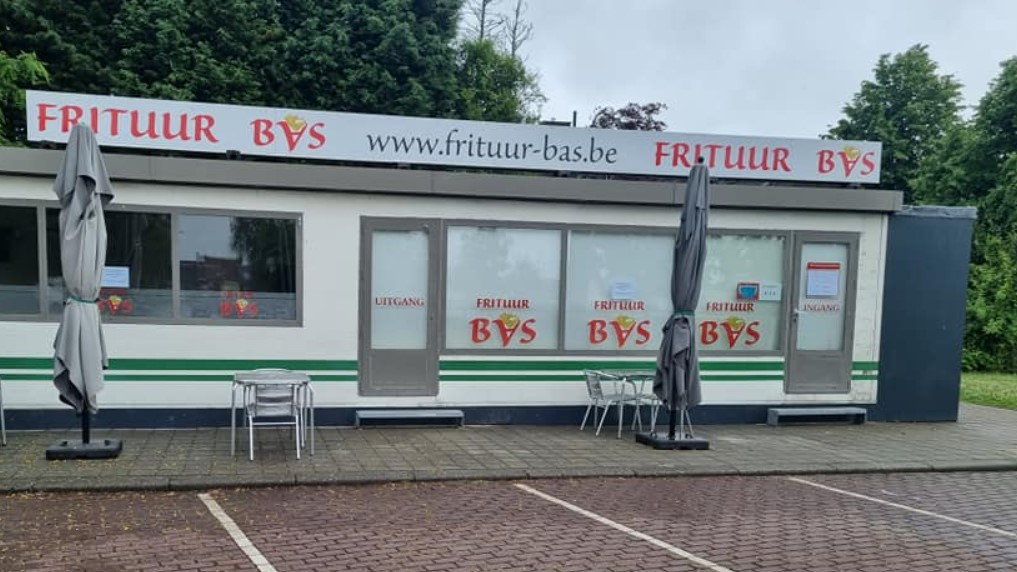 A Belgian chip shop. Most of them take only cash. Facebook
Brussels

A law came into force in Belgium which obliges every shop to accept card payments. Paying only in cash is no longer possible. Those responsible assert that a no-cash ban is planned in the medium term. Critics worry about a possible attempt to create consumption and movement profiles. It is probably also the next step for the nationwide introduction of the digital euro – and thus total control over citizens

Corona as a springboard for a digitized world: Hardly in any other area was this as obvious at the beginning of the “pandemic” as with cash.

In the fear of a supposed “killer virus” people were told that banknotes were contaminated. In some cases, shops instructed their customers to pay by card in anticipatory obedience.

The amount payable without entering a code into the machine was even doubled in Austria to 50 euros to avoid touching a pin keypad. The warnings turned out to be false, but in many countries the creeping move away from cash is now de rigueur.

Actually, most Belgians are of the opinion that cash is king. Three quarters of them strictly reject a cash ban. But the government has not backed down. Supposedly to prevent fraud, every corner shop and chip shop must now provide a cashless payment alternative. In the capital Brussels in particular, there are numerous shops that only accept card payments anyway. But another draft law, which also wants to make it mandatory to accept cash, is on hold – probably because the notion is so unpopular.

The official argument goes that the fight against fraud and money laundering is always the same thing. In this way, Italy, for example, already limited the upper limit for cash payments to 1 000 euros. A few years ago in Greece there was even talk of a threshold of 70 euros – but in times of skyrocketing inflation, the continuation of such plans would not make sense. Officially, no one wants a ban on cash – but in reality that may be the plan.

It is a psychological trick that one communication expert, Dr. Braun explained in an interview with AUF1: “I’ll bring in the scenario that I want to implement later, but for the moment I’m still distancing myself from it.” In this way, a concept enters people’s world of thoughts and feelings that is no longer unknown territory when it comes to their implementation . For example, if people are not to imagine a pink elephant walking across a green desert right now, that is exactly what they would imagine.

The assurances that a cash ban is not planned are probably a case of “pre-teaching”, Braun argued.

The situation is similar with the digital euro, which the European Central Bank (ECB) has been promoting. Its boss Christine Lagarde, is also a board member of the World Economic Forum (WEF). At its summit in May, the planned central bank digital money was a big topic. The mantra is always the same: the digital euro is supposed to only supplement cash. But the example of Sweden is enough to understand that the ban could also be used to raise customer awareness. Cash is a rare sight in the Nordic country and it will be abolished entirely next year.

If such plans were implemented, the people would suddenly be under the total control of powerful interests. Without having a digital money account, it could become impossible to even buy a simple loaf of bread. It is quite possible that the threat of an account ban could be used as a targeted means against political dissidents. A combination with a social credit system with a reward for “good behavior” and punishment for obstinacy is also conceivable. And that would be by no means the only control mechanism that the elites have to offer.

Social credit system in Europe as a pilot project in Bologna, Bavaria and Vienna in autumn

Even the state radio has already mentioned that data protectionists warn of the possibility that movement and consumption profiles can be created in this way. Already during the first lockdown, governments used this tool via mobile phone operators to understand whether citizens were adhering to the totalitarian regulations of the Corona dictatorship.

In a hyper-connected smart city favored by the rulers, however, controlling the likes of subjects could take on far more terrifying traits.

For example, a former Danish Minister for the Environment had dreamed of a life in which one had no car, no house, no appliances and no clothes. A world where you “can’t go anywhere without being registered”. And the lecture by a Finnish activist made it into the “Smart City Charter” of the German Ministry of the Environment in 2017. He spoke of a future where data could “complement or replace money as a currency”. In the final stage, even free elections would disappear, because “behavioral data can replace democracy as the social feedback system.”