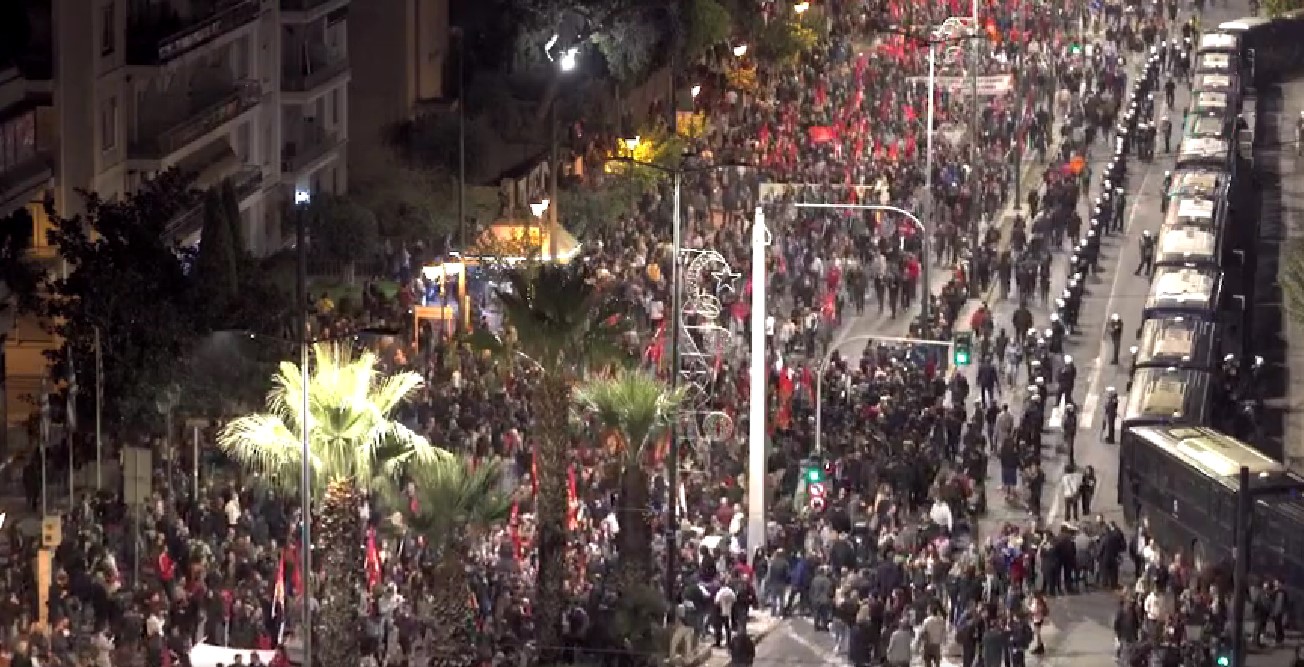 Massive police deployment in Athens for the anniversary of the Polytechnic uprising in 1973. Twitter

Clashes erupt in Thessaloniki, Greece on the anniversary of the 1973 revolt

On Thursday Greece commemorated the 49th anniversary of the Polytechnic student uprising, which started with a massive student demonstration and quickly turned into a revolt against the military junta.

Clashes erupted on Thursday night in Thessaloniki on the anniversary of the uprising. While Prime Minister Kyriakos Mitsotakis praised the revolt, police were quickly deployed to quell the unrest.

As reported by the state-run AMNA news agency, Greeks of all ages, civil servants, representatives of political parties, associations and universities came to the historic site of the Polytechnic to pay tribute to the heroes of the uprising.

The uprising united Greeks regardless of their political views and became one of the main symbols of the struggle against the junta. It ended in a bloodbath on the morning of 17 November, during which at least 24 civilians were killed.

Greek President Katerina Sakellaropoulou stressed the importance of the uprising for Greeks. “It is a symbol of political freedom and reminds us that the struggle for democracy is a permanent and demanding one,” she said in a statement.

The European Realist Disobedience Front, or MIRA25, another left-wing opposition party led by former finance minister Yannis Varoufakis, said in a statement, “49 years after the Polytechnic students’ uprising against the junta, the slogans of the youth who saved the honour of this people, remain relevant and alive”.

Dimitris Koutsoubas, secretary general of the Communist Party of Greece (KKE), said in a statement, “The messages of the uprising are timeless, they are more relevant today than ever, even though various people try to slander the Polytechnic’s struggle every year.”

In Athens too, thousands of Greeks took to the streets for the anniversary while law enforcement deployed 5 700 officers, drones and helicopters.