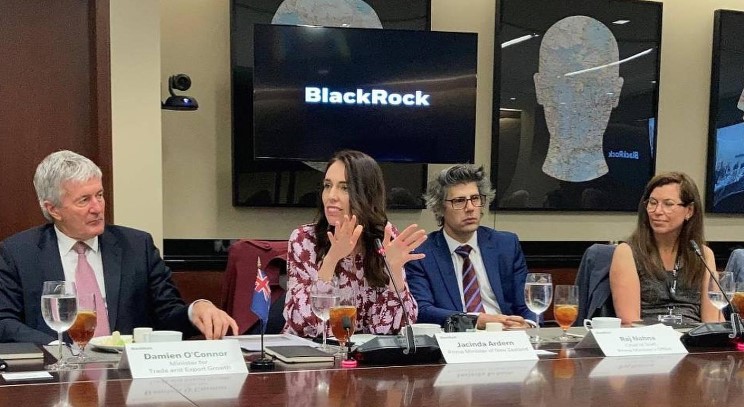 Jacinda Ardern meeting with BlackRock executives on 25 May 2022. Facebook
Wellington

Prime Minister Jacinda Ardern's unsuccessful zero-Covid policy has not affected her drive to pursue another WEF mission in agriculture. According to a recent press conference, the New Zealand government wants to introduce new taxes on the excretions of livestock in agriculture. In future, farts, burps and urine will be taxed.

With the additional tax revenue, Ardern wants to tax livestock to “combat the climate crisis”.

According to Britain’s The Guardian, the digestive systems of New Zealand cows are among the South Pacific island’s biggest “environmental problems”. About 6,3 million cows emit the greenhouse gases methane and nitrous oxide, often dubbed “climate killers” by experts, when they burp, fart or urinate. Both gases account for about half of New Zealand’s total emissions.

A key element in the WEF plan to disenfranchise and dispossess citizens, is the harassment of land owners. After all, farmers are the backbone of any country’s food production. The WEF’s “Young World Leader” Ardern, has marked New Zealand’s farmers, who are already groaning under a high tax burden, for extinction.

There are more Simmental cattle in the country than people, For that reason, Ardern wants to pioneer a global competitive advantage of “green agriculture”.

Agriculture is the country’s largest export sector ($46,4 billion). According to Ardern’s calculations, the new levy will mean a lot of money flowing into the tax coffers. From 2025, a commission will be instructed annually to monitor herd size and the use of fertilizers from the new tax is to be deducted. The revenue should therefore flow into “new technologies, research and incentive payments to farmers who work ecologically”.

Farmers as supposed “climate killers” has long been a common narrative of the WEF globalists. In August, plans by Ardern’s counterpart and WEF-adherent Mark Rutte in the Netherlands to radically reduce nitrogen levels in agriculture led to an uprising among Dutch farmers. They are fearing for their existence, also because the government was relatively open about the fact that every third farmer would not survive the upheavals under the guise of “sustainability”.

The reference to the use of the funds for “new technologies” seems downright bizarre, because of course it is almost impossible to explain to a cow that it should fart in a more “climate-friendly” way. But world leaders have been making provisions for exactly this case.

On a WEF advertising video last year, a drug from a Dutch chemical company promised to do just that. This is supposed to make cows produce less methane emissions thanks to swallowing experimental drugs to promote world reconstruction. In fact, what it actually does is making agriculture economically dependent on pharmaceutical corporations while consumers have to ingest unhealthy food.

From 20-23 September in the shadow of the UN General Assembly a WEF summit on “sustainability” was held in Geneva. In addition to the long-running climate issue, the overhaul of the global tax system and the creation of new “legal” migration routes were also discussed.

A single cow can burp 100kg of methane in a year.

When in doubt, mass slaughter for ‘climate change’

In the final stage, of course, it is not about farmers producing “climate-friendly” food. Globalist masterminds like Bill Gates have long flirted with the idea of ​​re-educating humanity to rather eat artificial meat from a laboratory with reference to the “world climate”.

That WEF grandees do not care about nature in the least, as was shown in spring in the British part of Northern Ireland. There it was decreed that by 2050 zero carbon and 46 percent less methane would have to be emitted. A quarter of the emissions come from agriculture.

An analysis commissioned by the industry found out at the time that compliance was only possible if large parts of the livestock were destroyed. There was talk of 700 000 sheep and 500 000 cattle that would have to be sacrificed in order to achieve the goal. The mass slaughter of chickens would be even worse.

The British government’s climate advisors also took the opportunity to propose reducing the number of chickens by five million by 2035. Incidentally, it doesn’t matter in these calculations whether it’s biologically sustainable animal husbandry or industrial mass production – the population must be deprived of its own “regional” agriculture.

The Northern Ireland meat industry not only supplies its own markets and those in Great Britain, but also exports to China and the US. The country’s economic output could shrink by at least 13 billion euros.

The Great Reset is nothing less than a neo-feudal system, in which the self-styled oligarchs collapse the economy and yet retain control of the financial system, the food system, the health system, and, of course, control of what will soon be a very, very unhappy population. 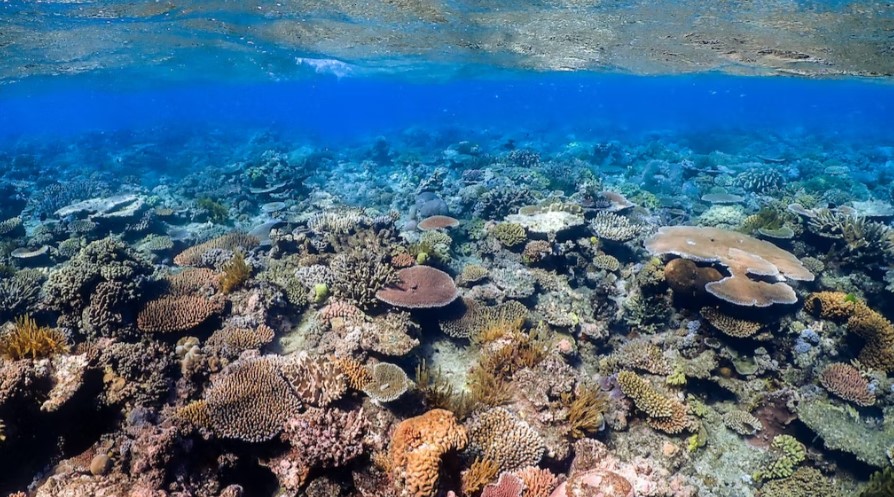